Written by Baird Maritime on November 6, 2017. Posted in Marine Research and Training. 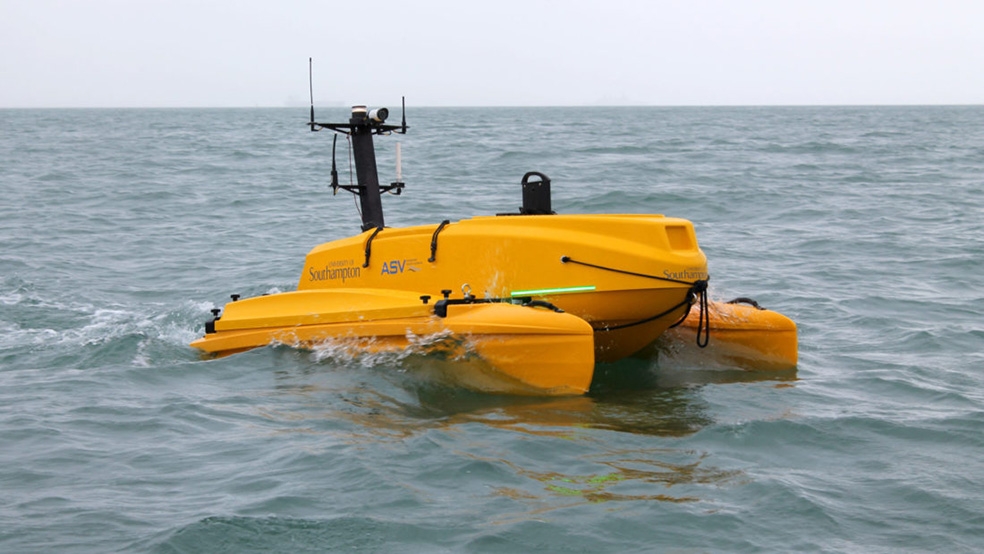 A three-metre autonomous catamaran has been delivered to the University of Southampton by ASV Global.

This vessel is the first of the brand-new class of C-Cat vessels to roll off the production line.

The vessel, which will be used for scientific research and development of autonomous behaviours, was funded by an Engineering and Physical Sciences Research Council (EPSRC) Robotics and Autonomous Systems (RAC) Capital Award.

The C-Cat 3 has been developed to complement the existing ocean-going ASV Global vehicles for survey and support tasks where a smaller vehicle is better suited to missions. The design incorporates a large payload bay to enable payload flexibility.

Dr Jon Downes from the university’s Maritime Robotics Laboratory said the lightweight vessel with shallow draught was, “ideal for autonomy research and experimentation with payloads”, for shallow survey and marine science applications.

“The C-Cat 3 is a fantastic addition to our fleet. Unlike any other vessel on the market it is small enough to easily transport and mobilise but large enough to house a range of high accuracy payloads, such as a multibeam sonar,” said Dr Downes.