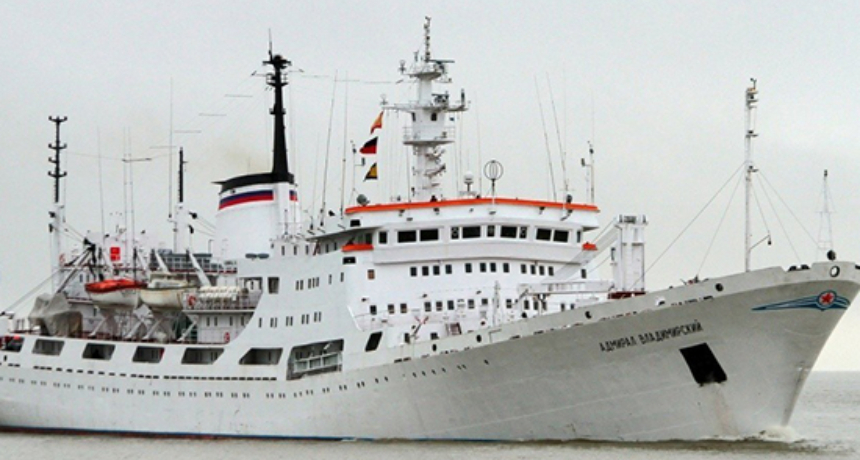 The Russian Navy research vessel Admiral Vladimirsky has embarked on an around-the-world oceanographic expedition that will include a stop in Antarctica.

The vessel’s crew will conduct a series of hydrographic and hydrometeorological experiments along the route, which will also encompass a number of international ports including Lisbon, Rio de Janeiro, Montevideo, Messina, and Limassol.

The expedition is being conducted partly to mark the 200th year since Antarctica was first discovered by Russian naval officers and explorers Fabian Gottlieb von Bellingshausen and Mikhail Lazarev on January 27, 1820.