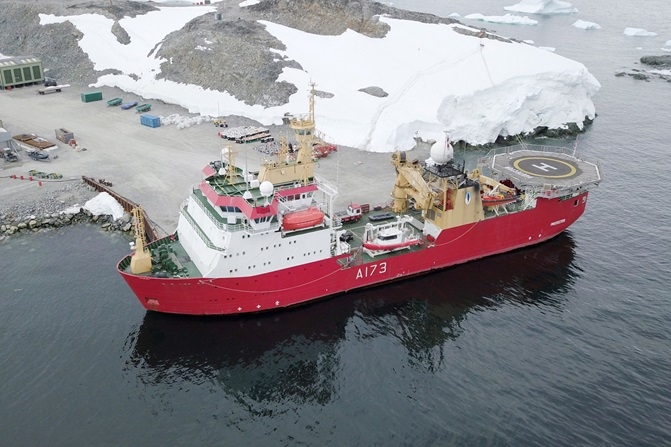 The Royal Navy survey ship HMS Protector has been tasked to provide logistical support for a team of scientists who will embark on a five-year mission to understand how West Antarctica is contributing to global sea-level rise.

The vessel has transported vehicles, equipment, and supplies to a remote Antarctic ice shelf to support around 100 scientists who will more closely observe the Thwaites Glacier which is the size of Great Britain.

The Thwaites Glacier is melting, accounting for four per cent of the annual sea level rise every year. Scientists, fearing that the huge mass of ice could eventually collapse and raise the global sea level by 80 centimetres, have begun a five-year programme of field activities on the glacier.

With the nearest British and American scientific research stations more than 1,600 kilometres away from the research site, Protector and the British Antarctic Survey vessel RRS Ernest Shackleton were called upon to deliver essential heavy stores to the ice edge for the arrival of the scientists next year.