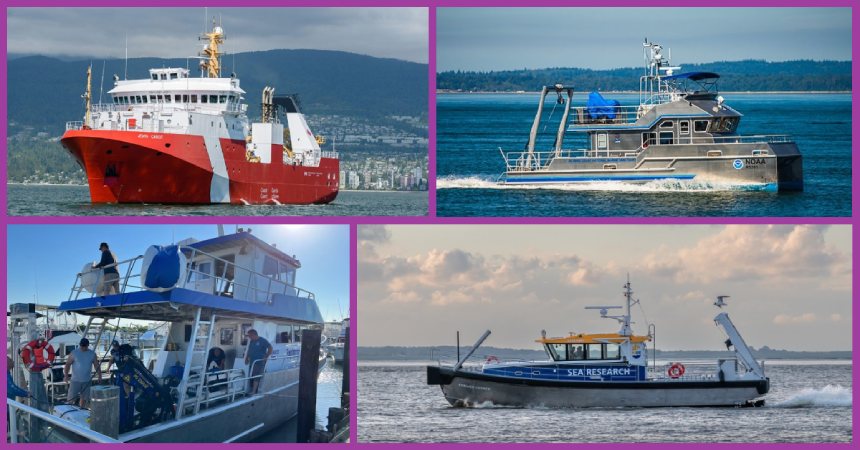 Newbuilds have been delivered to operators in New Jersey and the Netherlands while American and Canadian federal government operators recently held naming ceremonies for the latest additions to their respective marine research fleets.

Built by Next Generation Shipyards in Lauwersoog, Adriaen Coenen features work spaces for two crewmembers and 12 passengers or scientists. A draught of only 0.85 metres allows the vessel to pass through slack waters at high tide and safely beach itself on sandbars if needed.

The vessel can also be used for light towing duties.

There are onboard spaces for wet and dry laboratories, communications equipment, cranes, and a spacious working deck with room for two rubber boats or a 10-foot container.

The boat’s engines are designed to run on hydrotreated vegetable oil (HVO) as a low-emission substitute for diesel.

Adriaen Coenen will be operated primarily in the Wadden Sea.

Research Vessel Explorer (RVE), a private marine research organisation based in Cape May, New Jersey, has taken delivery of a new aluminium research vessel built by Delaware Bay Shipbuilding in nearby Leesburg.

The newbuild measures 45 by 15.5 feet (13.7 by 4.7 metres) and is powered by two Cummins QSM-11 diesel engines that deliver a maximum speed of 27 knots. The research and diving support equipment includes a scuba compressor and a Palfinger crane.

The National Oceanic and Atmospheric Administration (NOAA) formally named its newest catamaran research vessel in a ceremony on Friday, July 22.

Storm Petrel is being operated in support of the Olympic Coast National Marine Sanctuary in Washington State. The vessel can carry up to 18 personnel on board on a near coastal route.

Design work on the catamaran was provided by Teknicraft Design of Auckland, New Zealand.

Storm Petrel‘s naming ceremony on Friday came one year after the vessel was delivered to the famed marine sanctuary, which lies off Washington’s Olympic Peninsula. The christening was delayed due to the Covid-19 pandemic.

The Canadian Coast Guard has formally welcomed its newest research vessel into service.

The 63-metre-long CCGS John Cabot is the third offshore fisheries science vessel (OFSV) to be built for the coast guard by local company Seaspan Shipyards.

Like its sisters, John Cabot is equipped for a broad range of scientific research missions with emphasis on monitoring of fish stocks in Canadian waters. It may also be called on to perform search and rescue (SAR) and environmental response missions as required.

The OFSV is stationed at St. John’s in Newfoundland, joining sister vessel CCGS Capt. Jacques Cartier as the second OFSV to be homeported on Canada’s East Coast.

John Cabot was delivered to the coast guard in late 2020.