Written by Baird Maritime on September 17, 2018. Posted in Marine Research and Training. 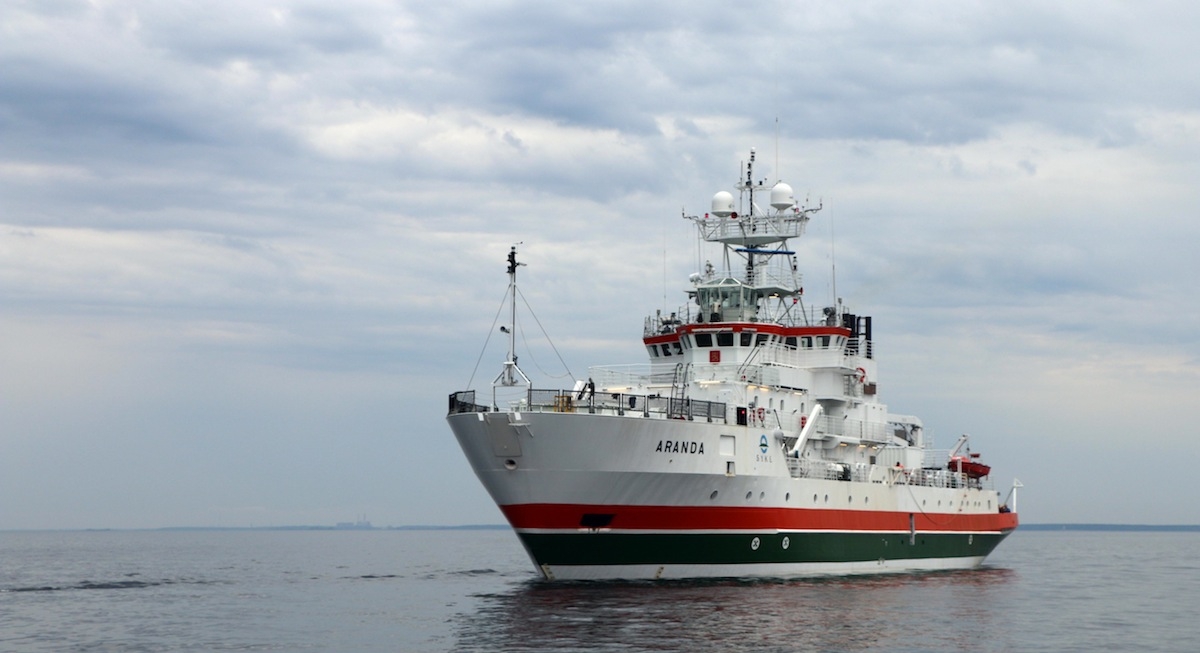 The renovated marine research vessel Aranda was delivered to the Finnish Environment Institute SYKE on September 7.

The overhaul was carried out by Rauma Marine Constructions at its shipyard in the city of Rauma prior to the vessel carrying out her first research cruise in the Baltic Sea.

Lea Kauppi, Director General at SYKE, stated that the renovation guarantees Aranda will see operational service until the 2030s, thus expanding its potential as a research platform.

Aranda was docked for renovation and remodelling in July 2017. In the refurbishment, a new block was added in the mid-section of the vessel, and both the ship stern and the aft working deck were redesigned, resulting in the vessel’s length being increased by 7.0 metres.

There is also more room for research and laboratory operations, and the vessel is now equipped with a completely electronic power transmission.

The vessel can now run on biodiesel all year, and it is able to work short periods on battery power only, which will not only reduce emissions but also the ship’s self-noise, hence making hydroacoustic surveys easier to perform.

The refitting has also resulted in a new hull shape that improved the vessel’s energy efficiency as well as made it even more suitable for marine research in cold sea areas.

Aranda is one of the few European marine research vessels suited to Arctic conditions.

The vessel will undergo further fitting at Helsinki prior to going on its first research cruise.

The research to be carried out during the voyage is a part of a monitoring programme by the Baltic Marine Environment Protection Commission (HELCOM), in which the hydrography, nutrients, phytoplankton, zooplankton, algal toxins, and microlitter in seawater are monitored. In addition, wave buoys will be maintained.

After SYKE’s research cruise, the Swedish Meteorological and Hydrological Institute (SMHI) will conduct research on board the renovated Aranda. Later in the autumn, the Natural Resources Institute Finland will use Aranda to carry out regular inventories of Baltic Sea fish populations.