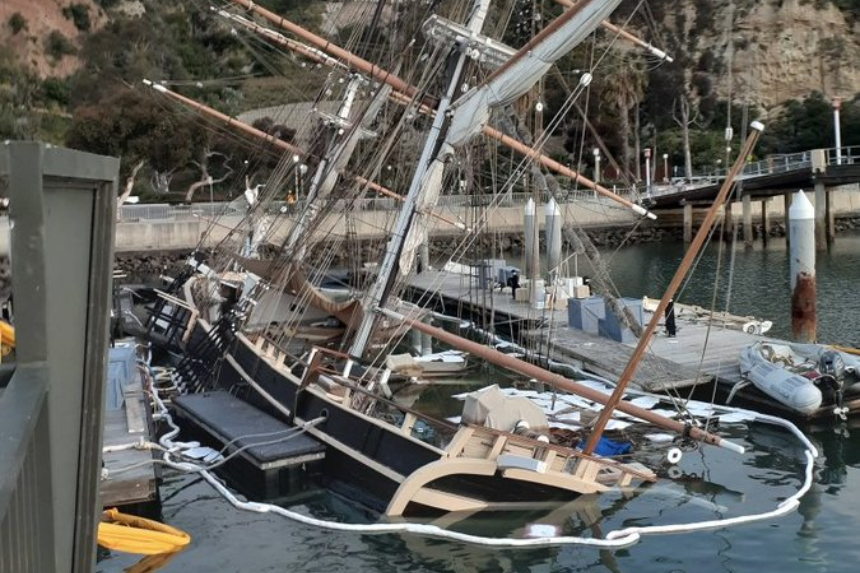 The 1945-built tall ship Pilgrim keeled over and then ended up partially submerged at around 05:15 local time on Sunday while berthed at Dana Point Harbor.

Ocean Institute confirmed that the few personnel who were on board Pilgrim when it sank were able to escape without injury. However, the organisation said that the vessel had become “incapacitated beyond repair” and will therefore no longer be able to sail.

Local authorities have since placed a containment boom around the vessel after eyewitnesses reported leakages of diesel fuel and oil.

The Orange County Sheriff’s Department has launched an investigation to determine the cause of the water ingress that led to the sinking.

Pilgrim had originally been scheduled to undergo repairs in June of this year.

NZ skipper to pay NZ$8,500 in fines and reparation after grounding mussel barge