Written by Baird Maritime on September 19, 2018. Posted in Ausmarine, Marine Research and Training. 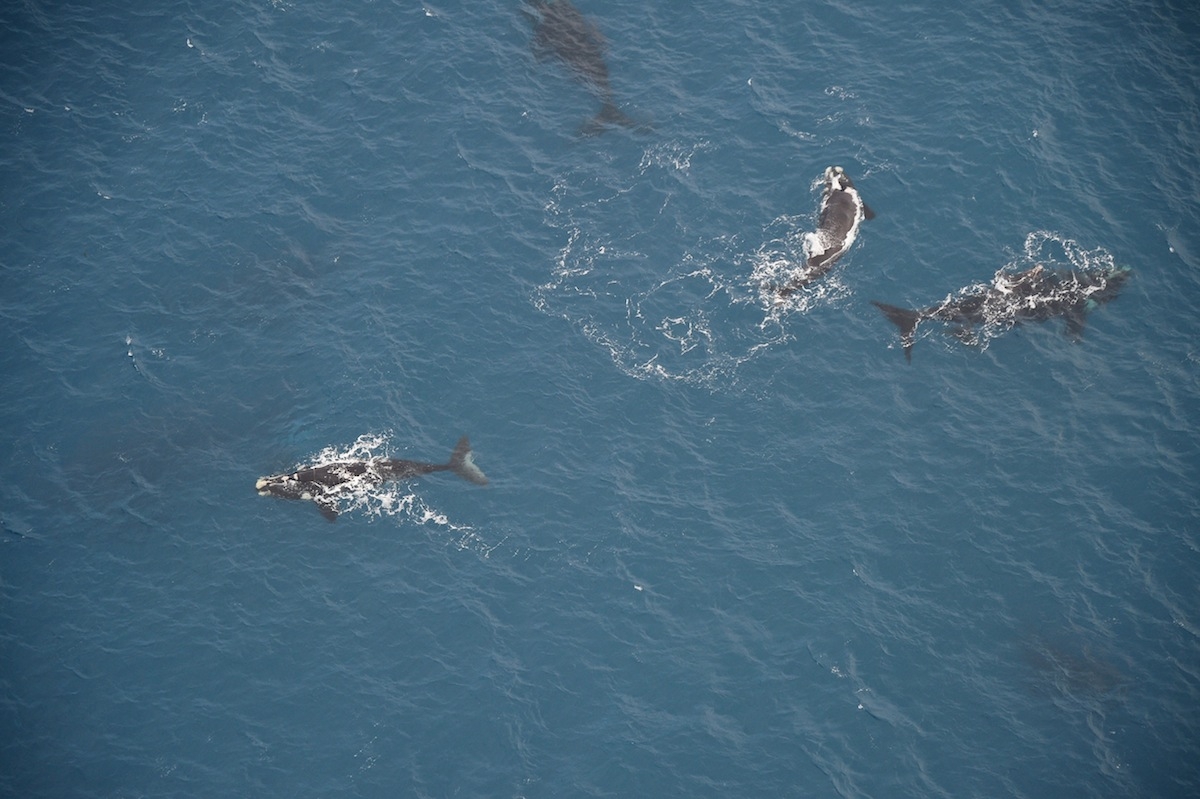 “In this Orion patrol, we took aerial photos to assist the Department of Conservation (DOC) in tracking individual whales, building a better picture of the species as a whole and monitoring the recovery of these protected species,” Air Commodore Walshe said.

DOC Manager Marine Species and Threats Ian Angus said the census results indicated that the southern right whale population, which is classified as “nationally vulnerable”, was continuing to recover.

“We’ve always known that the southern right whales spend the winter and spring around the Sub-Antarctic Islands but getting down there at this time of the year is challenging,” Mr Angus said.

Southern right whales are a native migrant to New Zealand. They are typically black but can have irregular white patches, and have large, paddle-shaped flippers.