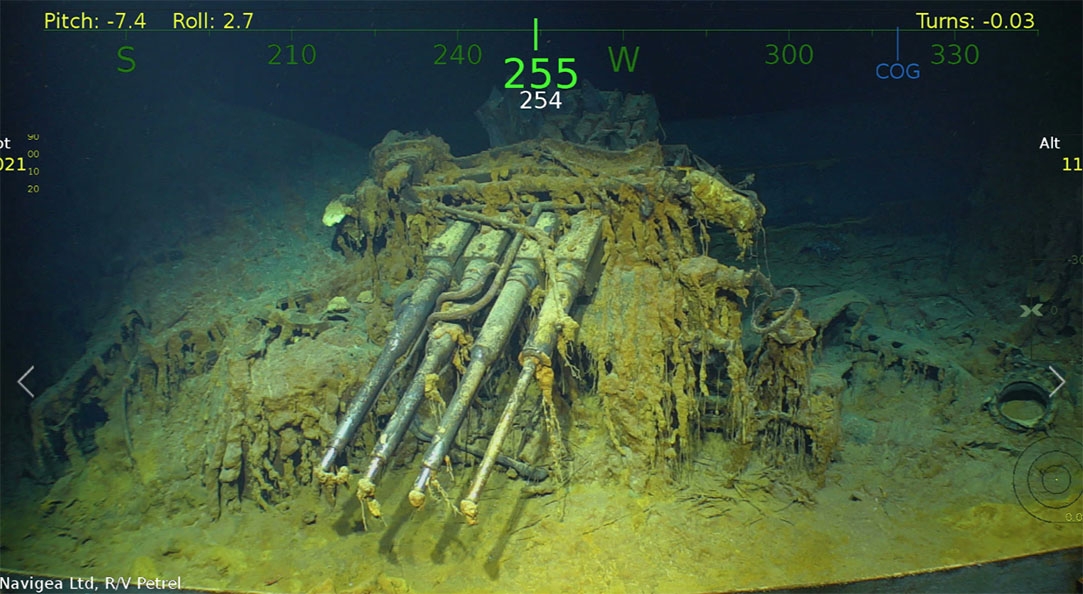 The shipwreck of the US aircraft carrier USS Lexington, sunk during World War II, has been discovered about 800 kilometres off the east coast of Australia.

The remains of the vessel were located at a depth of about three kilometres in the Coral Sea by an expedition team on the research vessel Petrel.

Images from the seabed captured by Petrel show details of the ship, including its nameplate and guns.

Known as “Lady Lex”, the ship was lost in the Battle of the Coral Sea, which lasted from May 4 to 8, 1942 and is widely regarded as a pivotal moment in halting Japan’s advance in the Pacific.

More than 200 crew lost their lives but more than 2,770 others were rescued before the ship was abandoned.

The 76.2-metre Petrel was commissioned by Microsoft co-founder Paul Allen. She is equipped with a remotely operated vehicle (ROV) capable of diving to depths of six kilometres.