Search for HMAS Vampire ends with no trace of lost warship 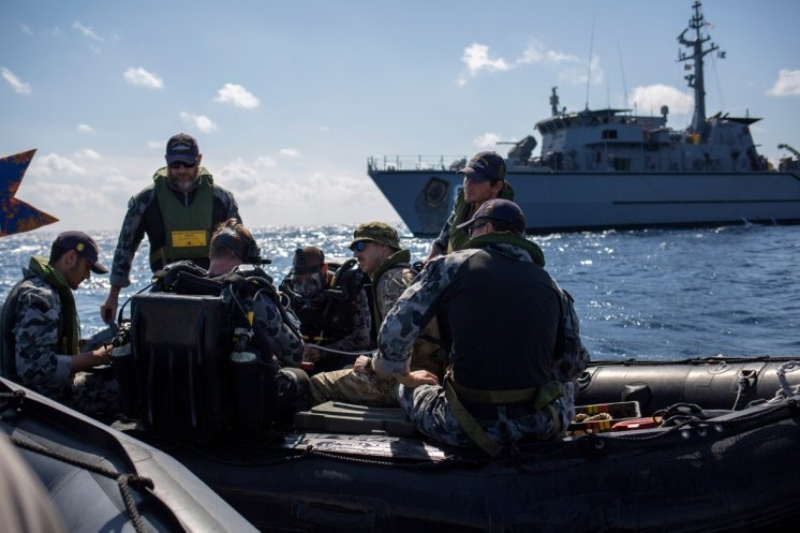 Despite searching 150 square nautical miles off the coast of Sri Lanka, the Royal Australian Navy (RAN) ships HMAS Leeuwin and HMAS Diamantina have been unable to confirm the final resting place of the World War II destroyer HMAS Vampire.

The warship was sunk on April 9, 1942, during a battle against Japanese carrier-borne aircraft. Vampire’s captain and eight other members of the ship’s company died in the battle.

The search was conducted using hydrographic survey equipment and a team of navy clearance divers, but no wreck was found.

It is now believed that Vampire’s final resting place is in a deep ocean trench, at a depth of roughly 1.5 kilometres. Leeuwin will remain in location a little longer, charting an area on the lip of a larger underwater trench.

Leeuwin’s commanding officer said scans from both ships revealed no definitive, nor indicative, signs of Vampire on the continental shelf area, meaning the destroyer was probably in the deep-water trench.

Although no trace of Vampire was found, RAN officials said the search had narrowed the likely location of the missing warship for future expeditions.