Over the past several years, the research vessel Petrel team, and its unique technology, has been dedicated to finding and documenting historic shipwrecks with a focus on World War II.

Petrel is a 76.45-metre research vessel owned by the estate of Microsoft co-founder Paul Allen.

Baird Maritime caught up with Paul Mayer, Petrel’s Lead Researcher, following the recent discoveries of the shipwrecks of the Japanese aircraft carriers Akagi and Kaga and a US Navy Fletcher-class destroyer which evidence suggests may be the USS Johnston, one of the many ships lost in the Battle of Leyte Gulf.

The Petrel research team’s discovery of the wrecks of the aircraft carriers Akagi and Kaga and a destroyer believed to be USS Johnston recently made the news and so a lot of people have shown growing interest in this series of developments. What drove the research team to search across the Pacific for these wrecks?

Our Director of Subsea Operations, Rob Kraft, had many discussions with the late Paul Allen on finding capital ships and vessels of historical significance. Paul Allen wanted to find these ships as tributes to the men who sailed on them and as examples of underwater archeology. We are still working from that list.

Were there any particular reasons for the research team to focus its search on these World War II-era vessels out of all the many “lost” ships of great historical significance?

Other than the reasons I touched on above, many of our projects are driven by location. We have been operating in the Pacific for the last couple of years and our operations are driven by weather patterns. We want to maximise our operational time so operating during the summers in the northern and southern hemispheres has influence on which ships we will look for.

How did the research team begin its exploration of the Pacific to locate these wrecks? 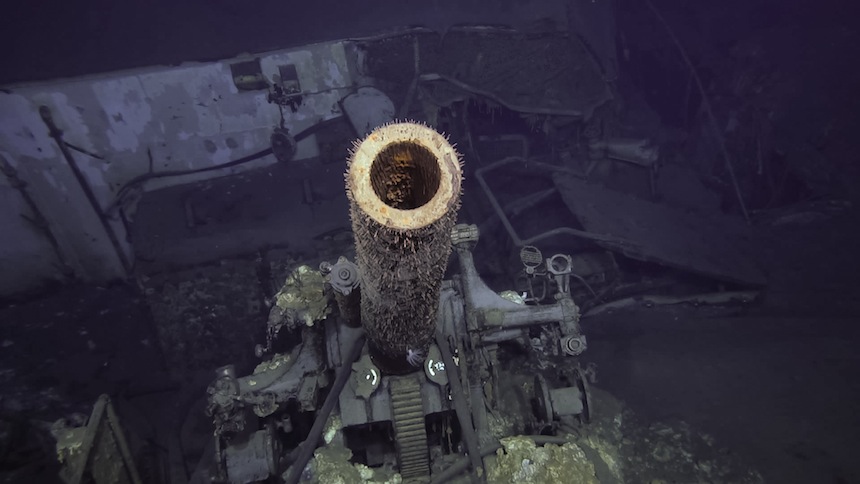 Our work begins at the National Archives in the United States gathering as much information as possible. We will use ships’ deck logs, war diaries, track charts, action reports, intercepted messages and historical records from other countries.

What challenges were encountered and how were these overcome?

The challenge is keeping our equipment running. Working at depths up to 6,000 metres for months at a time takes a toll on the equipment.

We overcome this issue by keeping lots of spares onboard and have a very talented group of technicians on the project team to keep everything running.

What steps did the Petrel team take from locating the wrecks to confirming the identities of each of the vessels? How long did the process last for each of the ships discovered?

There are a variety of factors involved: type of ship, location, damage, paint schemes and colours. For some ships the process is quite easy as in the case of USS St Lo (CVE-63), where we found the “63” on the bow of the ship.

For the USS Johnston (DD-557) we used all the previous criteria to differentiate it from the other ships sunk during the battle and although we are quite certain it is the Johnston we cannot be 100 per cent certain since another Fletcher-class destroyer (USS Hoel– DD-533) was sunk in the same battle.

Could you describe the state in which these three vessels were found? How well have they been preserved after spending more than 70 years on the ocean floor?

Most of the ships we find are in very good condition considering they have been on the ocean floor for 70+ years. At the deeper depths up to 6,000 metres the water is very cold and oxygen poor which slows the deterioration.

For each vessel, which features stand out as you were viewing their underwater images?

One item that stood out this year was finding a small tug used for towing aircraft around the USS Hornet (CV-8).

It’s not a significant part of the ship but it stands out since it is unlike anything we have seen on a wreck before.

Besides Akagi, Kaga, and the destroyer believed to be Johnston, have there been any other notable shipwrecks that were discovered by Petrel this year? Which ships were these and where were they found?

For the survivors or descendants of the sailors that served or on these ships, the most important ship was the one they served on.

For that reason, every ship found is notable. In January and February We operated in and around the Solomon Islands, discovering the following ships: USS Wasp (CV-7), USS Hornet (CV-8), IJN Hiei, USS Strong (DD-467), IJN Niizuki, IJN Jintsu and the IJN Furutaka.

In April and May we operated in and around the Philippines and discovered the IJN Maya, USS Ommaney Bay (CVE-79), IJN Mogami, USS St Lo (CVE-63), IJN Chokai and the deep Fletcher-class destroyer we believe to be the USS Johnston (DD-557).

We finished our year of operations finding the fleet carriers Kaga and Akagi, both sunk during the Battle of Midway.

What key lessons did the Petrel team learn from these recent expeditions? How will these lessons be applied in future expeditions?

It’s difficult to narrow down lessons learned from any particular project. Every project brings its own challenges and the last few years of operations has been quite an education for everyone involved.

Does the Petrel team plan to return to these recently-discovered wreck sites in the future? If so, what other activities will be conducted upon the team’s return to each site? 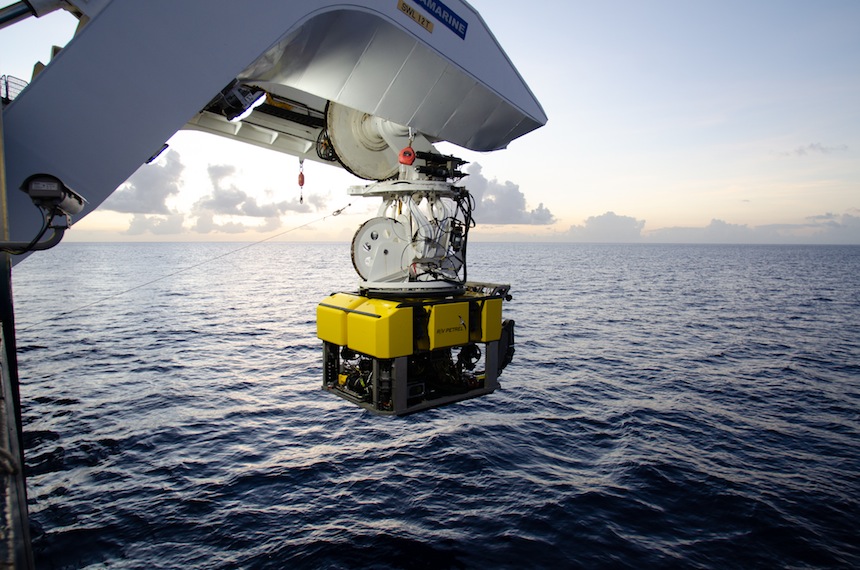 We had equipment issues we were unable to resolve with the spares onboard and required us to return to Honolulu where we had spares delivered. This coincided with the end of the realistic weather window for that part of the Pacific.

In both cases we would continue to use the autonomous underwater vehicle (AUV) to search for more ships. Once found, we would survey the ships with the remotely operated vehicle (ROV).