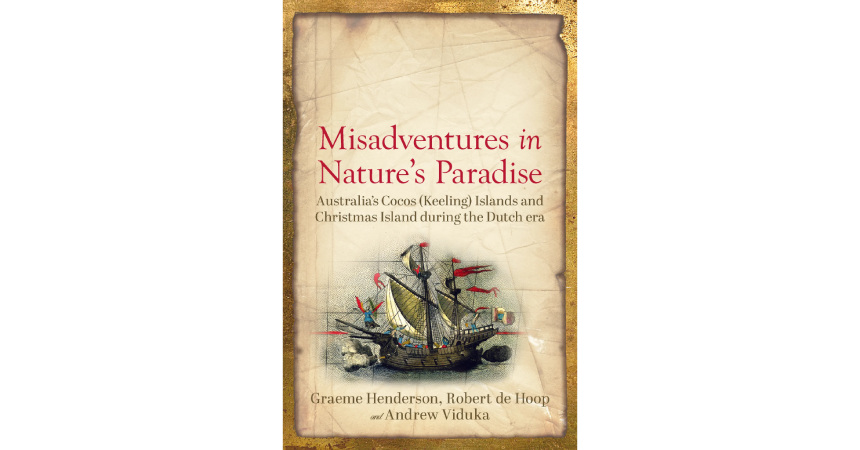 Maritime history is continually being refined and revised as new discoveries are made and conventional wisdom and self-perpetuating myths are found to be wrong. This book is a fine and very well-researched example of such historical revision.

The fact that the lead author is Graeme Henderson is very important in this case. Henderson is a very experienced and successful maritime archaeologist, museum director, and historian with many triumphs of shipwreck and other discoveries to his name. Most of his discoveries have focused on Dutch and English ships in the Indian Ocean. His “detective-like” historical research has been painstaking. and he and his talented colleagues know where to look for evidence.

Supported by the University of Western Australia’s Oceans Institute, which is rapidly gaining renown for its Indian Ocean research, the authors have studied the history of Australia’s two most important Indian Ocean possessions: the Cocos (Keeling) Islands and Christmas Island. That study has resulted in some very important revision of the fascinating history of those islands. It is logically and very carefully researched.

Located in a remote but very alluring part of the world, the islands have attracted adventurers, explorers, scientists, traders, warriors, miners, planters, and settlers ever since the beginning of the age of European exploration in the fifteenth and sixteenth centuries. Those players were dominated by the Dutch and English, often in strong competition with each other. They and their exploits are very well described in this valuable book.

The story of the islands is well and very interestingly told here and is enhanced by a first rate selection of illustrations and maps. It is important history of a region that has unfortunately long been neglected by most Australians and – even more unfortunately – by their governments.