Written by Baird Maritime on November 14, 2017. Posted in Marine Research and Training. 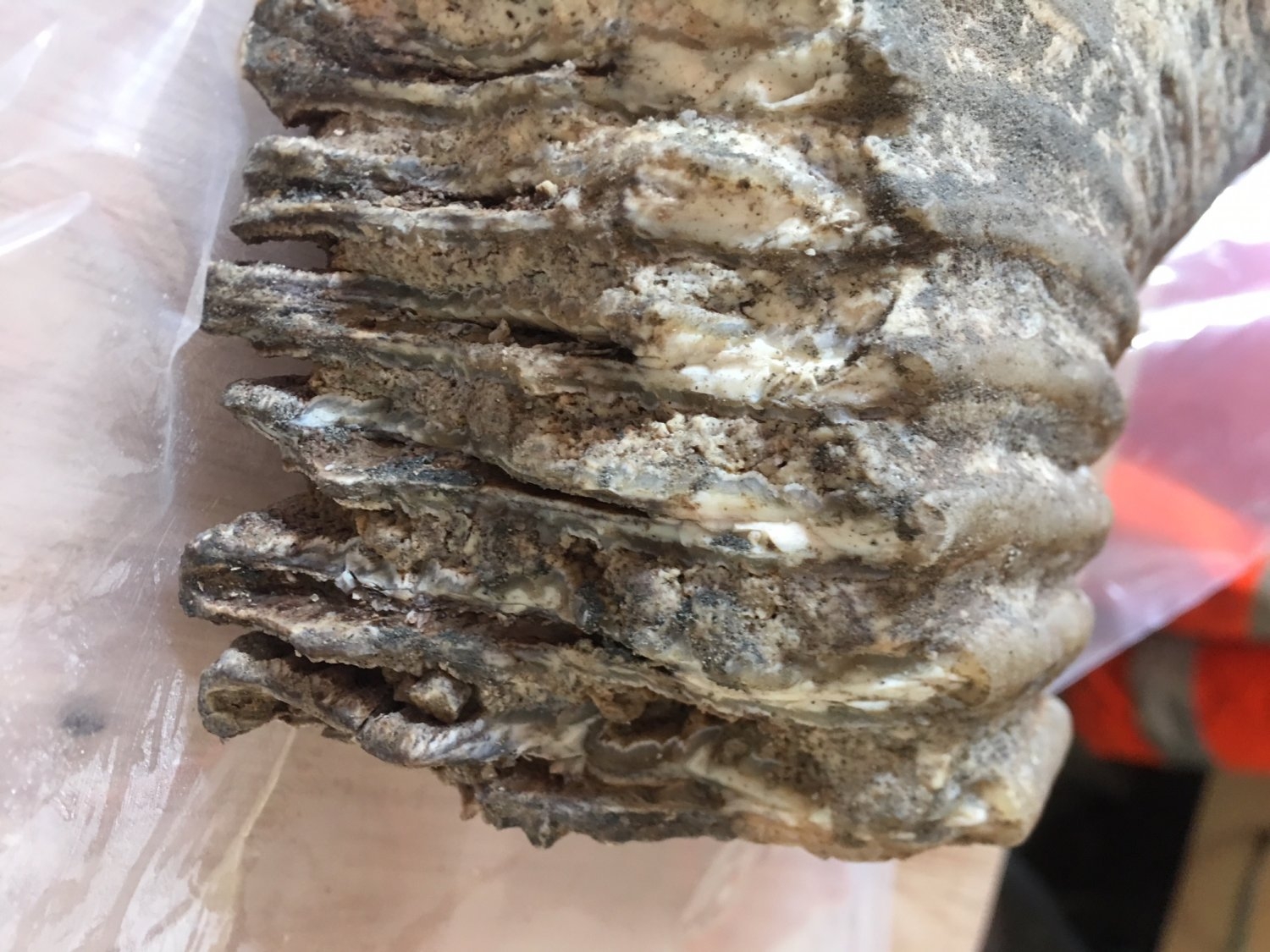 A fossilised mammoth tooth has been found during excavation works at England’s Port of Dover.

The find, which is believed to be at least 14,000 years old, was made by the principal contractor’s piling supervisor in the Wellington Dock navigation channel as part of the Port of Dover’s Dover Western Docks Revival (DWDR).

The find was being overseen by heritage experts, Archaeology South-East (ASE).

“It’s not clear how the tooth ended up in Dover, but some suggestions include it washing down the River Dour, washing up on the beach, used as some sort of structure by previous inhabitants, or even purposely placed as a sacred item,” said Ms Sinden.

ASE Senior Archaeologist Kristina Krawiec said the find was one of a range of similar finds from the region and it would be subjected to scientific analysis.

The £250 million (US$327.9 million) DWDR project aims to revitalise the waterfront to maximise its unique backdrop, relocate and develop a new cargo terminal and distribution centre, and create more space at the Eastern Docks for ferry traffic.