Written by Baird Maritime on April 5, 2018. Posted in Marine Research and Training. 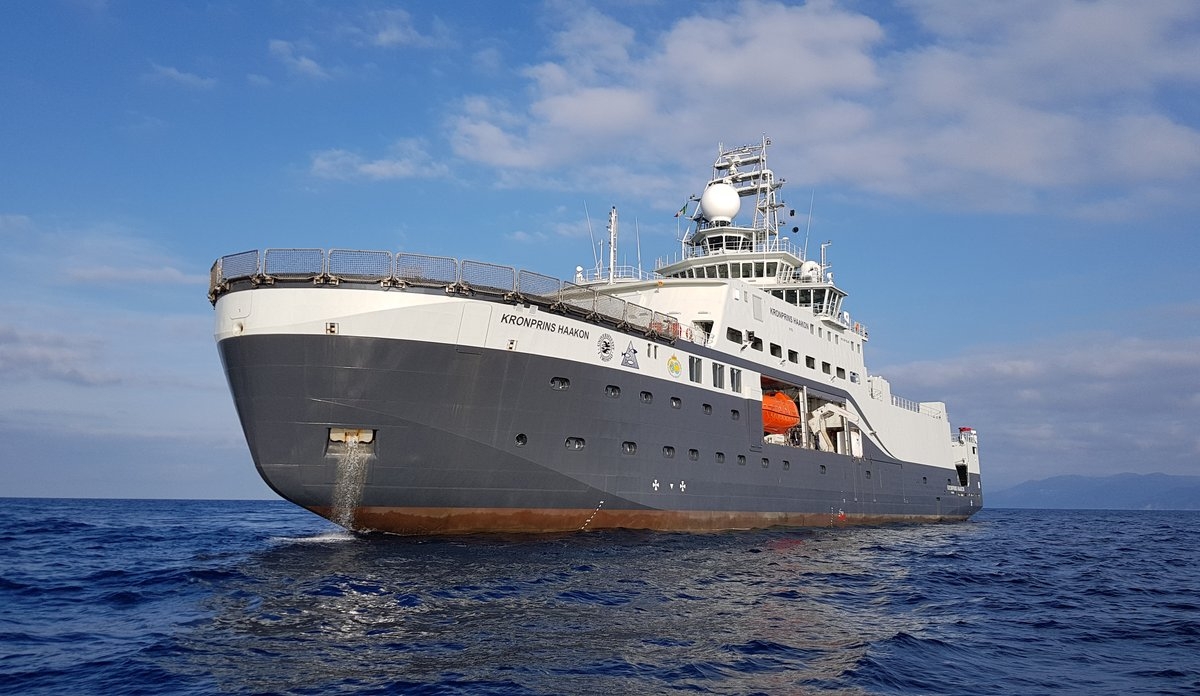 Fincantieri has handed over the oceanographic icebreaker Kronprins Haakon to the Institute of Marine Research (IMR), the Norwegian governmental body for oceanographic research and fishing, at Vard Langsten in Norway, where final outfitting is being completed.

After final works at Fincantieri’s “integrated” shipyard of Riva Trigoso and Muggiano, the 9,000GT vessel sailed to Norway for the performance of the final tests and preparation for the delivery.

Project Director Tore Nepstad at the Institute of Marine Research said that Fincantieri and IMR agreed to hold back EUR25 million (US$30 million) of the purchase price to cover the remaining work. Expected completion is in June.

At more than 100 metres long and 21 metres wide, and with a speed of up to 15 knots, she is able to move on independently through ice up to one metre thick. She was built according to criteria that ensure minimum environmental impact and reduced radiation of noise underwater, so as to allow for the study of fish and marine mammals. Furthermore, the vessel will be able to carry out oceanographic and hydrographic research activities in any area of operation.

The vessel is able to accommodate 55 people in 38 cabins – research personnel, students and crew – and is fitted out with the highest standards of comfort for passenger ships. At the bow, the hangar is able to accommodate two helicopters and is equipped with complex instrumentation able to investigate the morphology and geology of the seabed.

The sensors and the equipment represent the state-of-the-art  technology and guarantee a very high flexibility in performing different scientific tasks, allowing the vessel to also carry out geological, geophysical, chemical and seismological studies. The vessel will carry out missions on a global basis and will be used to study the modalities and consequences of possible climate change in the Arctic environment.