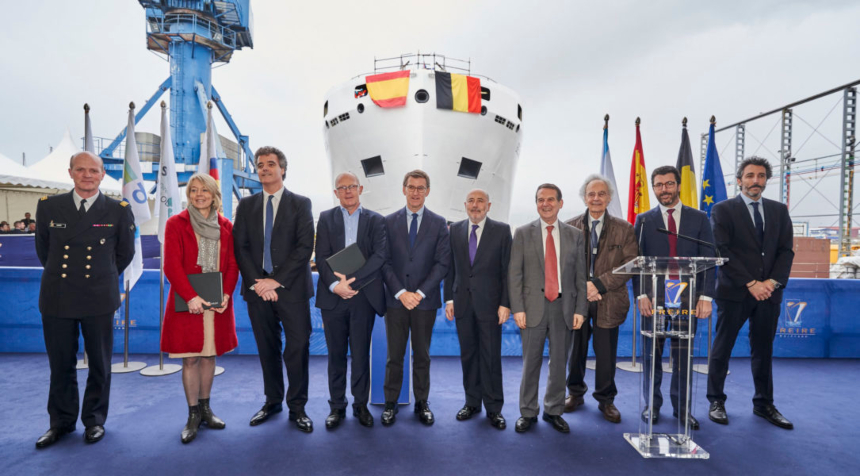 Freire Shipyard in Spain has launched a new research vessel ordered by the Royal Belgian Institute of Natural Sciences (RBINS), the Belgian Ministry of Defence, and the Belgian Science Policy Office (BELSPO).

The vessel, which will sail under the name Belgica, has a length of 71.4 metres and will be equipped to operate in a variety of fields such as geology and sedimentology, fisheries, biology, chemistry, oceanography, and hydrography. It will replace a similarly named vessel which has been in service for 36 years.

The new Belgica will be able to carry out research and survey tasks in the North Sea as well as in the Mediterranean and more northern areas.

Delivery is expected by the end of 2020.