Written by Baird Maritime on June 5, 2020. Posted in Marine Research and Training. 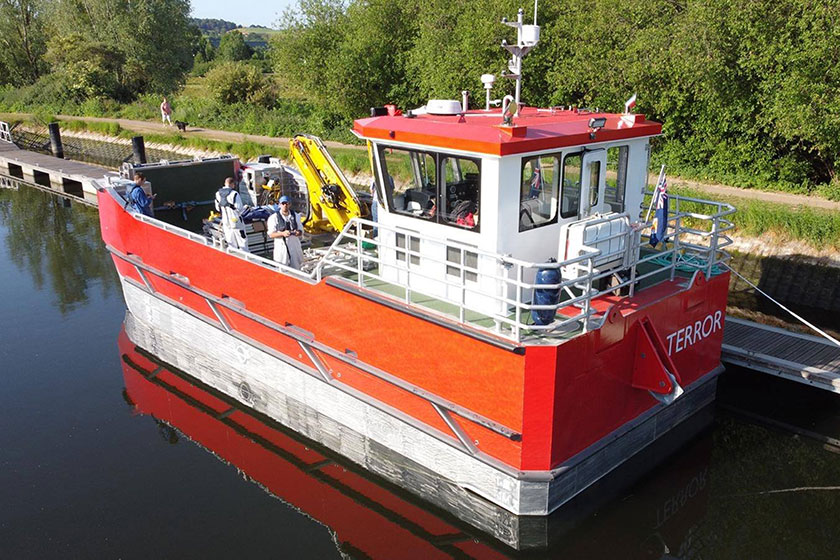 UK-based Exeter Fabrications has launched a new landing craft that will be used as one of two support vessels on the Natural Environment Research Council-owned research ship Sir David Attenborough.

The Incat Crowther-designed Terror will be used to transfer food, vehicles, fuel, and scientific equipment to and from any location where the water is too shallow to be approached by Sir David Attenborough, which has a draught of seven metres.

The working deck will be able to accommodate either one six-metre or two three-metre containers. A deck crane capable of lifting up to two tonnes has also been fitted to the vessel.

Terror will also have a displacement of 22 tonnes, a crew of three, space for 12 passengers, and twin Doosan L086TIH main engines that deliver a service speed of nine knots.