Written by Baird Maritime on February 13, 2018. Posted in Marine Research and Training. 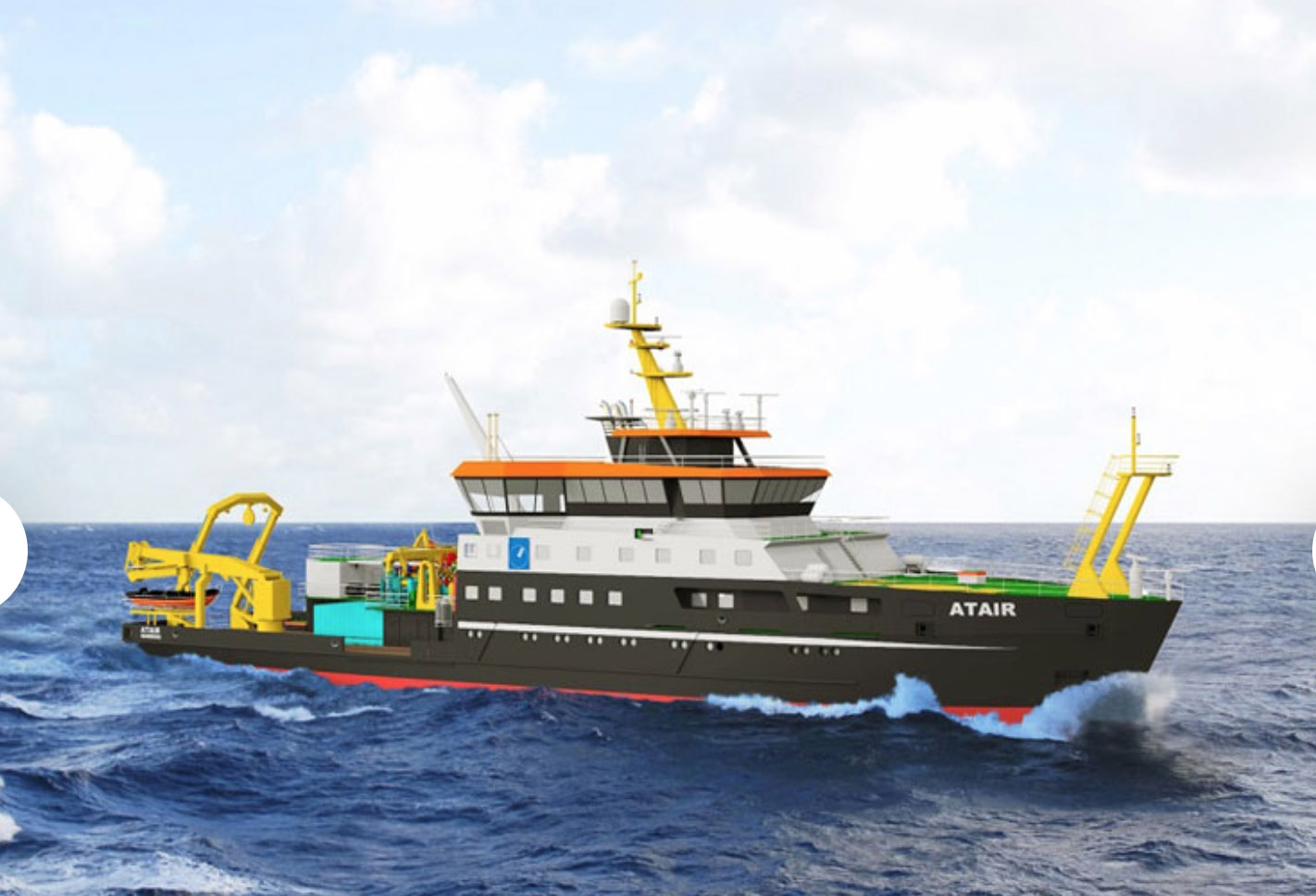 The keel-laying ceremony was held in December for the 75-metre by 16.8-metre survey, wreck location and research ship Atair.

The all-steel €113.8 million (US$139.9 million) Atair will go into service with the Hamburg-based Federal Maritime and Hydrographic Agency (BSH) in 2020.

The research vessel will conduct hydrographic surveys and wreck search operations, as well as marine environmental observations in the North Sea and the Baltic Sea. It will also perform technical testing of navigation and radar equipment.

Providing accommodation for 18 crew and 15 research personnel, Atair will feature a large work deck offering 200 square metres of space to accommodate a range of equipment and systems, including laboratories, an air pollution measurement station, a working crane and a scrollbar for geological activities on the seabed.