Written by Baird Maritime on August 20, 2019. Posted in Marine Research and Training. 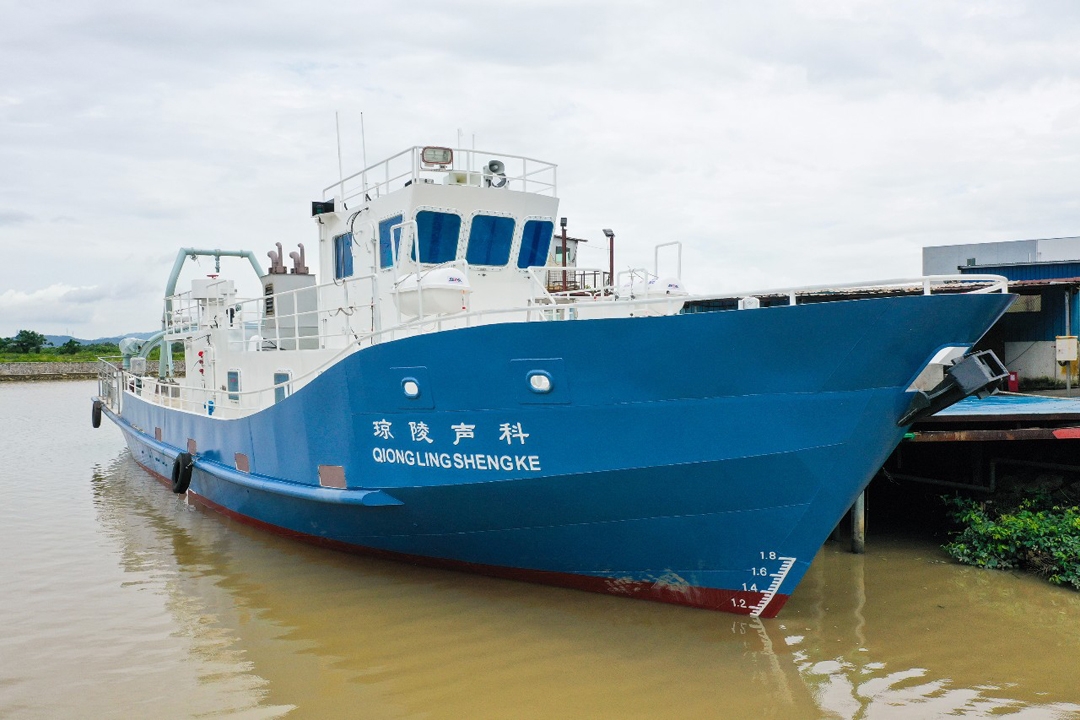 The vessel, which has been named Qiong Ling Sheng Ke, has a length of 26 metres, a beam of 6.5 metres, an A-frame-mounted crane with winch, and acoustic research equipment. It will be used mainly for scientific research such as underwater acoustic testing in surface and shallow water areas.

The CAS Nanhai Research Station will be the primary operator of the vessel.