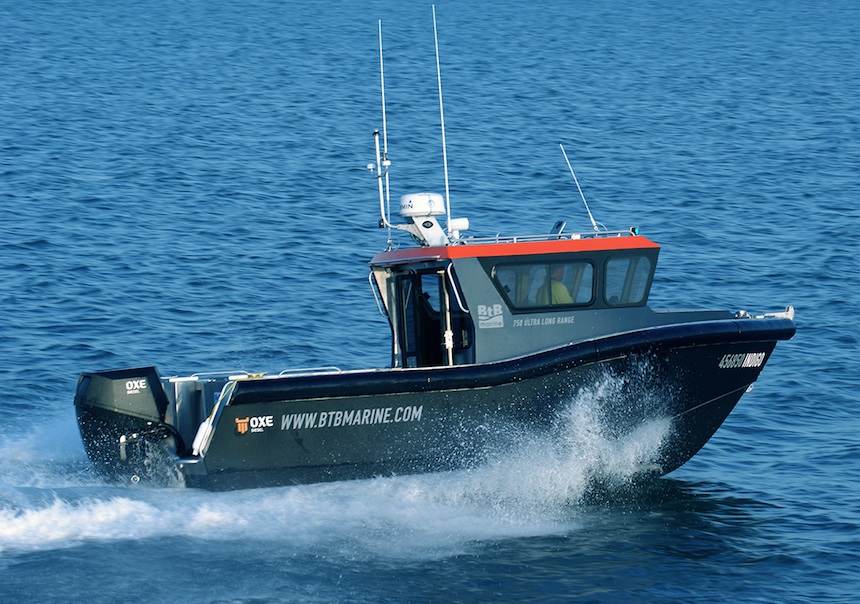 Recent changes to the NATO single fuel directive have enabled companies around the world to advance designs for reliable diesel outboards.

The result is a five-year program that has lead to BtB Marine building a demonstrator model of a vessel capable of fulfilling a number of roles.

As an example, given its extensive range and compact size, a marine research version of the design can be a reliable and cost efficient platform when you need to venture further offshore, such as for projects to study the Great Barrier Reef.

Normally you would need a large vessel manned by a large crew to be able to go further out, but with the new design a coxswain can drive the vessel and take five scientists out for minimal cost and effort. The vessel is trailable, so moving around over road is also a possibility. 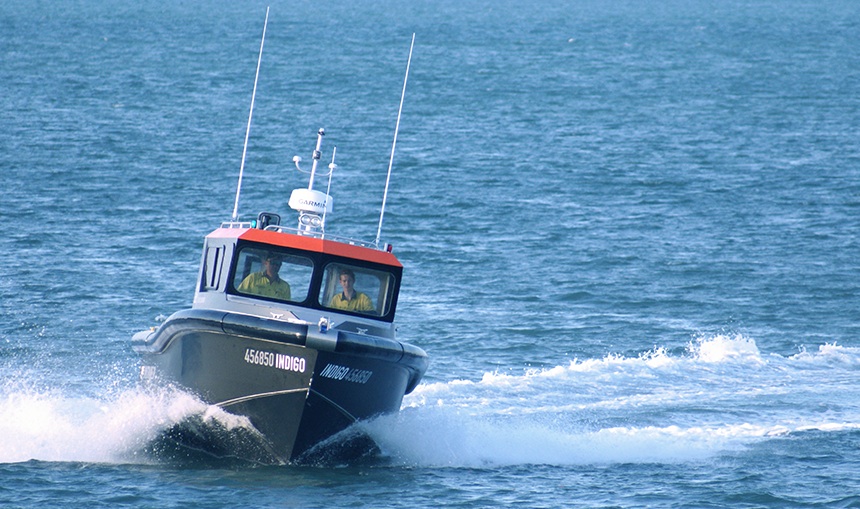 The design features a comfortable, wide bunk, flushing toilet and running water, completely isolated for the comfort of the crew.

The vessel is very safe due to its hull construction and optimal stability resulting from its wide beam, as well as positive buoyancy.

It is also cost-efficient for inshore work, designed for less downtime when refuelling, less maintenance, and reduced fuel consumption of the Oxe engine.

Other proposed setups include for port security, border patrol, reconnaissance and hydrographic missions, with packages having specific equipment fitted depending on the role.

Custom packages are also available, with the vessel having been designed so that it can be altered from the hull up. Seating for passenger transfer or lugs on deck for scientific equipment are some additional possibilities, as well as larger sideboards for pilot boats, or special arrangements for diving operations. The size of the fuel tank can be reduced to accommodate more space under the deck, and the vessel is compliant for the gas and oil sector.

A multi-purpose demo vessel is on show at the Pacific 2019 exhibition in Sydney this week.