Written by Baird Maritime on June 22, 2018. Posted in Icebreaking. 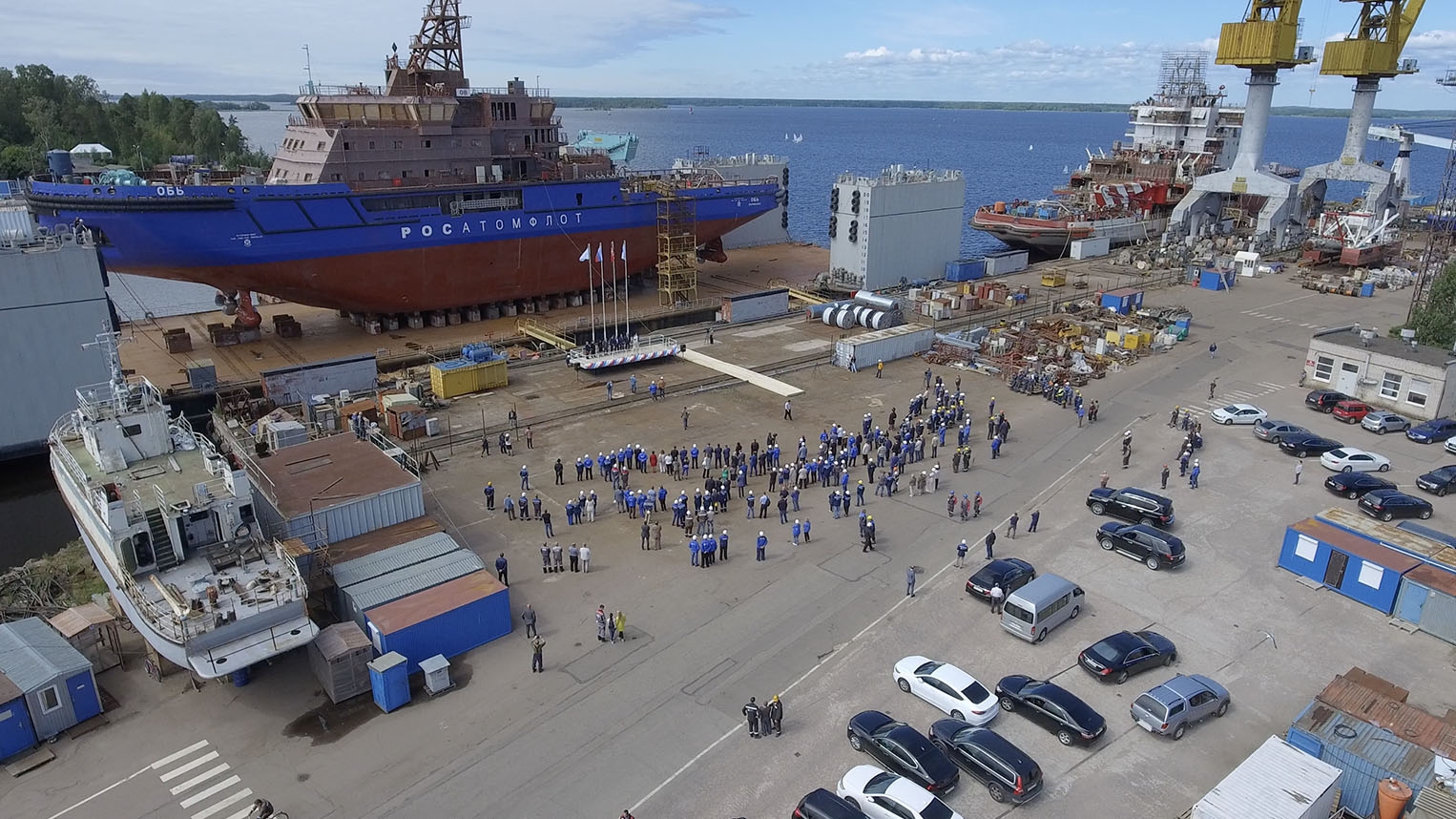 Vyborg Shipyard launched a harbour icebreaker on June 21, 2018 at its Saint Petersburg shipyard.

The icebreaker will be owned and operated by FSUE Atomflot under a contract for the escort of vessels and services in the basin of the Port of Sabetta as part of of the Yamal LNG project.

Vyborg Shipyard laid down the icebreaker on September 27, 2016.

Ob will be able to operate efficiently in 1.5-metre thick ice at two knots and achieve a maximum speed of four knots in five-metre-thick consolidated brash ice.