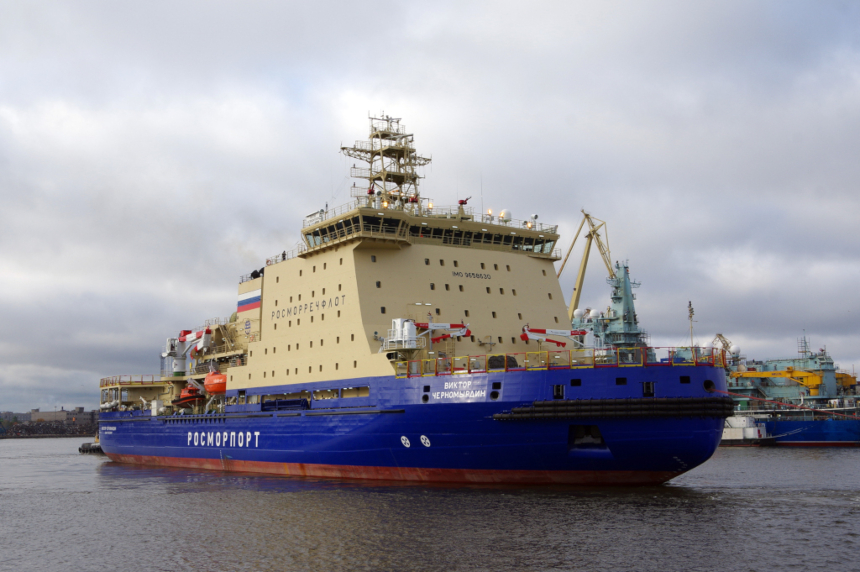 The trials are to be conducted over a span of 20 days in the Gulf of Finland in the Baltic Sea.

Viktor Chernomyrdin has a length of 146.8 metres, a beam of 29 metres, a displacement of 22,000 tonnes, a design speed of 17 knots, and accommodations for up to 90 people including a crew of 38. Onboard facilities will include laboratories, mess halls, and a medical centre.

Although primarily designed as an icebreaker, the vessel will also be used for ship towing, firefighting, seabed research, Arctic and Antarctic resupply missions, and support for offshore drilling and pipe-laying projects.

Delivery to Rosmorport is scheduled for December 2019.