Written by Baird Maritime on December 23, 2018. Posted in Icebreaking. 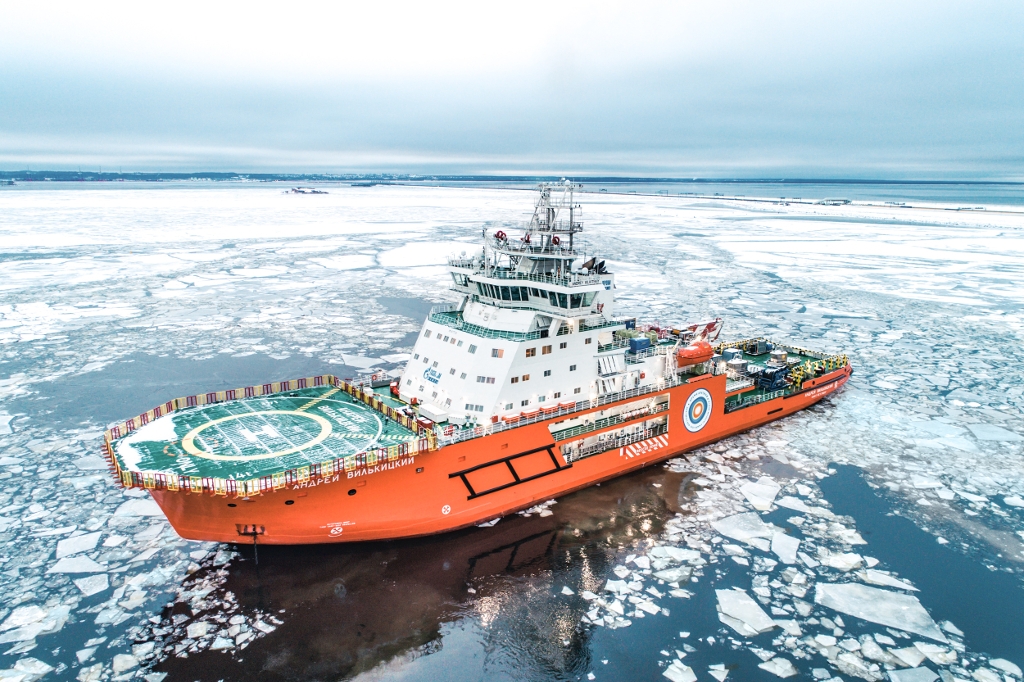 The second Project IBVS01 icebreaker has been named after the famed Russian explorer Andrey Ippolitovich Vilkitsky.

The vessel has a length of 121.7 metres, a width of 26 metres, a draught of eight metres, and a speed of 16 knots. It can operate in solid ice up to two metres thick and at temperatures of -50 degrees Celsius.