Written by Baird Maritime on May 14, 2019. Posted in Icebreaking. 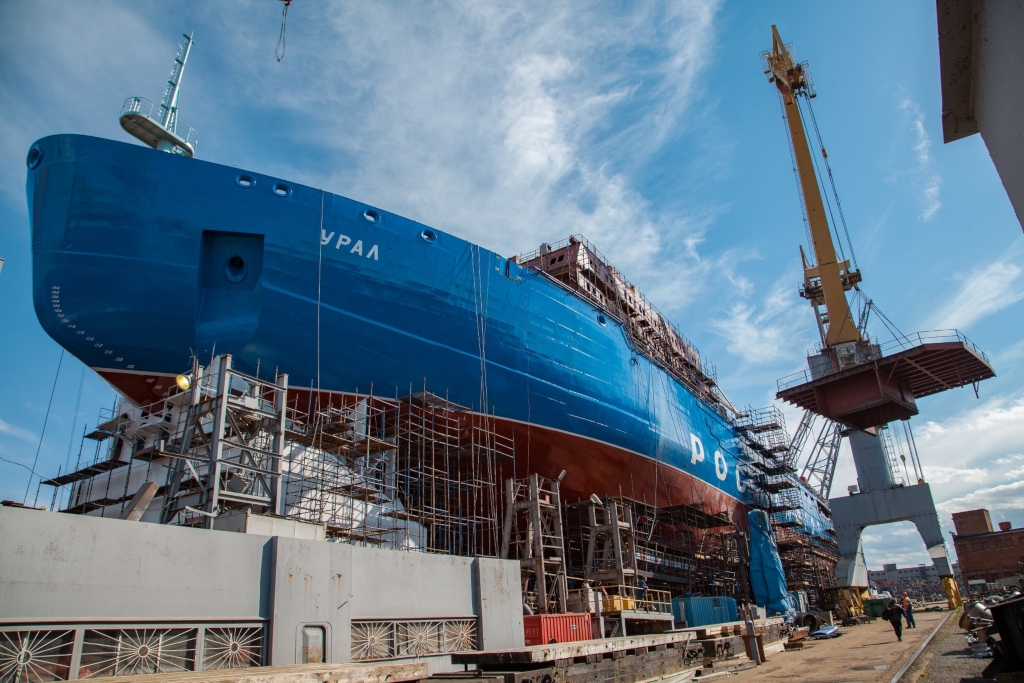 Ural, the second nuclear-powered icebreaker under Project 22220, is scheduled to be launched at United Shipbuilding Corporation’s (USC) Baltic Shipyard on May 25.

The vessel will descend into the water with already loaded reactor installations and almost fully equipped with an electric propulsion system.

Delivery is scheduled for 2022.