Written by Baird Maritime on December 17, 2018. Posted in Icebreaking. 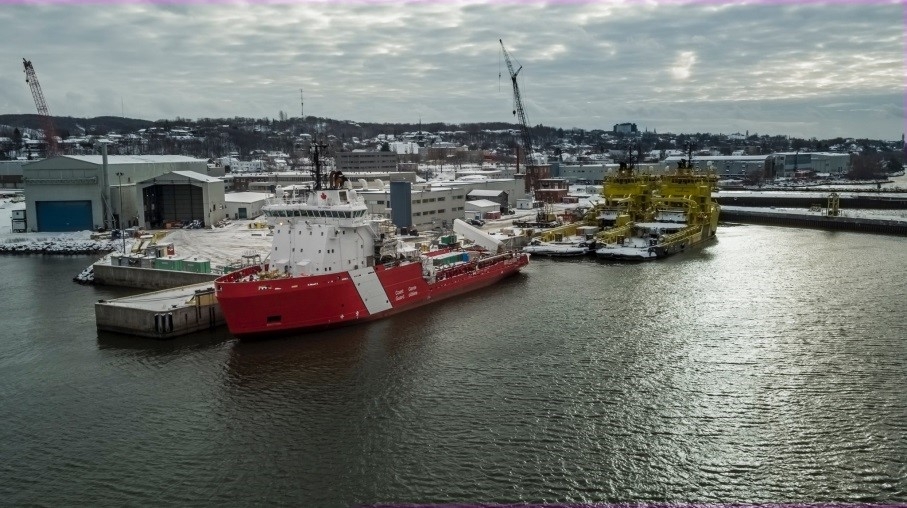 CCGS Molly Kool, the first icebreaker to join the Canadian Coast Guard fleet in 25 years, was floated out in a ceremony in Quebec on Friday, December 14.

The 93.7- by 18-metre vessel has been named after Captain Myrtle “Molly” Kool, the first woman in North America to become a licenced ship captain.

Molly Kool and two other medium icebreakers will undergo refit and conversion work at Chantier Davie to ensure compliance with Canadian regulatory and Coast Guard operational standards before entering the fleet.