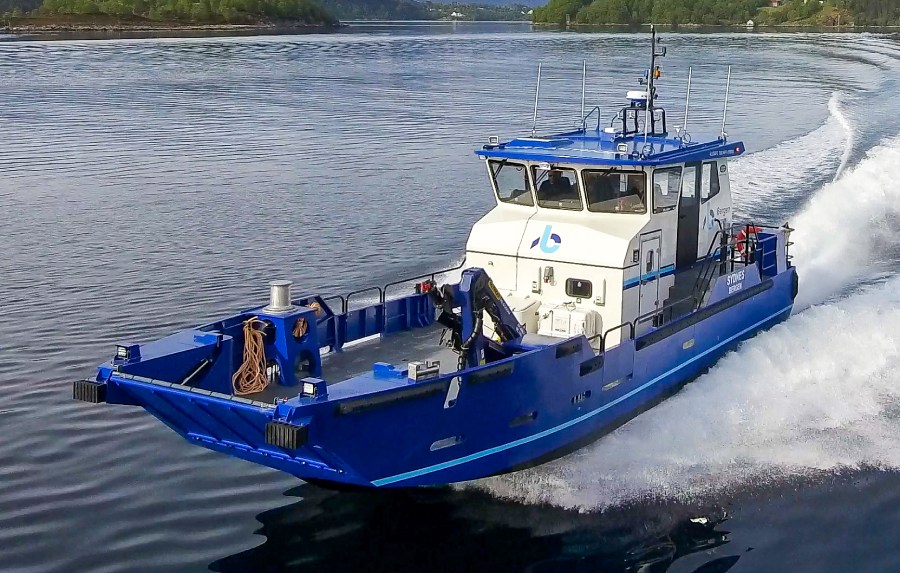 When the Port of Bergen in Norway needed a new workboat that also possessed long endurance and reduced environmental impact, it turned to local builder Maritime Partner to fulfil the requirement. The result is Sydnes, a DNV-classed hybrid-powered landing craft that has also been configured to perform towing, personnel transport, search and rescue, oil spill response support, and maintenance of port installations.

The new craft has an LOA of 14.99 metres, a beam of 4.9 metres, a draught of 0.9 metres, and a displacement of 15.9 tonnes. The hull, which is made from recyclable aluminium, is fully planing and single-chined with a deep V-shape that is designed to ensure smooth operation even under adverse weather and sea conditions. Jotun paint was used on the hull.

There are also a large working deck at the front, a bow ramp, a Palfinger Marine PK6500 crane and a hydraulic winch that may be used in a variety of tasks, and a spacious wheelhouse with seating for a coxswain and a navigator as well as navigation and communication electronics from Furuno and Sailor. Although positioned further aft on the main deck as is the case with most landing craft, Sydnes‘ wheelhouse has been slightly raised and is fitted with forward-angled windows to provide the operators with improved forward visibility. 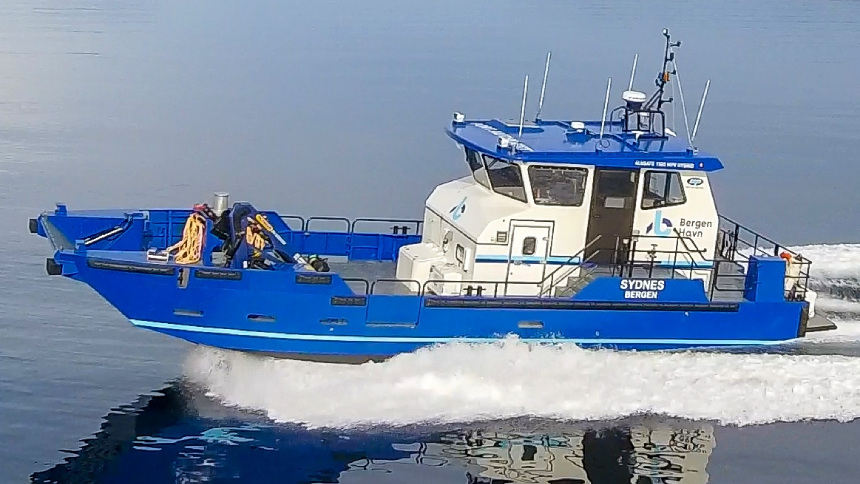 The superstructure is made from an FRP/sandwich composite and also includes additional seating for up to six crewmembers. Design work on all interior spaces was provided by Maritim Indredning Nord, which also supplied the NorSap seats installed within. Ertec doors and hatches were used on the superstructure.

Two 110kWh batteries from Corvus Energy will be used whenever the boat sails in the port’s inner harbour area and especially near quays, areas which require operations with reduced levels of both pollution and noise. The twin Volvo Penta D8 380kW diesel engines will meanwhile be used when further out in the fjords off Bergen, where higher operating speeds and a longer range are necessary. The batteries are connected to two Oemer LQ 132p 37kW electric motors while the diesel engines supply power to a pair of Hamilton HJ364 waterjets with Blue Arrow steering. A Sleipner SH360 bow thruster will provide added manoeuvrability during berthing/unberthing.

The builder said that, when sailing at four to five knots in fully electric mode, the landing craft can operate for up to two hours before the batteries need to be recharged. When the diesel engines are engaged, an endurance of five hours can be achieved even at speeds of 27 knots.

For Sydnes‘ other systems, the electrical power is supplied by a Fischer Panda generator set. Survitec lifeboats are also available on board should an evacuation become necessary. 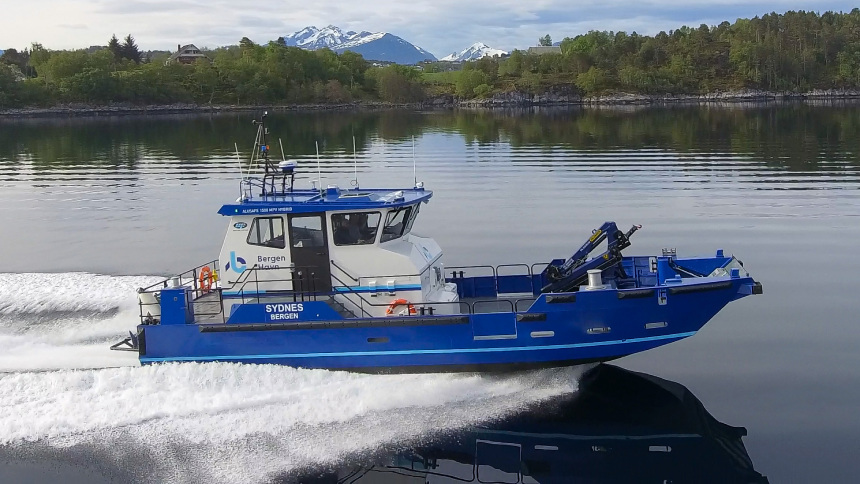