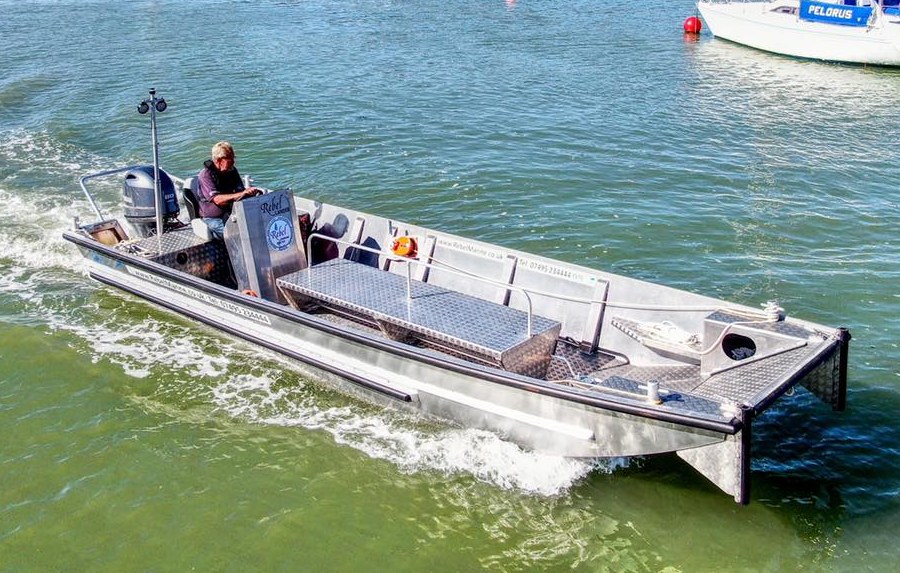 The purpose-built Rebel Lander was constructed by HasCraft Boats, a brand under Dutch manufacturer Hasekamp Aluminium Workboats. The newbuild is equipped for a range of duties including harbour maintenance, dive support, surveys, and transport of personnel and light cargo especially in nearshore and inland waterways. For safe operation in these more restrictive waters, the craft relies on its ultra-shallow draught and its excellent manoeuvrability. 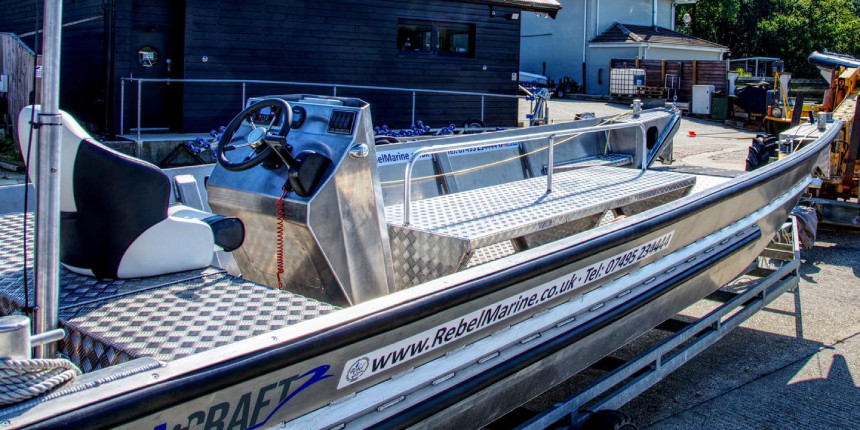 Rebel Lander has an LOA of seven metres, a beam of 2.4 metres, a draught of 0.2 metres, and a displacement of 0.85 tonnes. There is ample space on the deck for up to 10 people, an assortment of cargo – which may also include vehicles such as quadbikes or even small trailers – or a combination of both with a total payload weight of around 1.25 tonne.

The vessel itself is small and light enough to be transportable via trailer to most sites in the UK or utilised as a daughter craft for either of Rebel Marine’s two existing port tenders. The use of a port tender as a mothership will enhance the ability of the landing craft to safely operate further offshore or under adverse weather and sea conditions.

In addition to the customary bow ramp – which can be raised and lowered manually via winch and may be used effectively on beaches or existing jetties or for direct access to and from the water – the landing craft also comes with a double bottom, four bollards, four mounting/lifting points, storage lockers, a detachable bench seat with a built-in lockable compartment, and a self-draining floor.

A pair of manual coupling winches and a bow with fenders are also available to allow the craft to push or tow pontoons, platforms, and even other vessels. LEDs were meanwhile used for the deck and navigation lights. 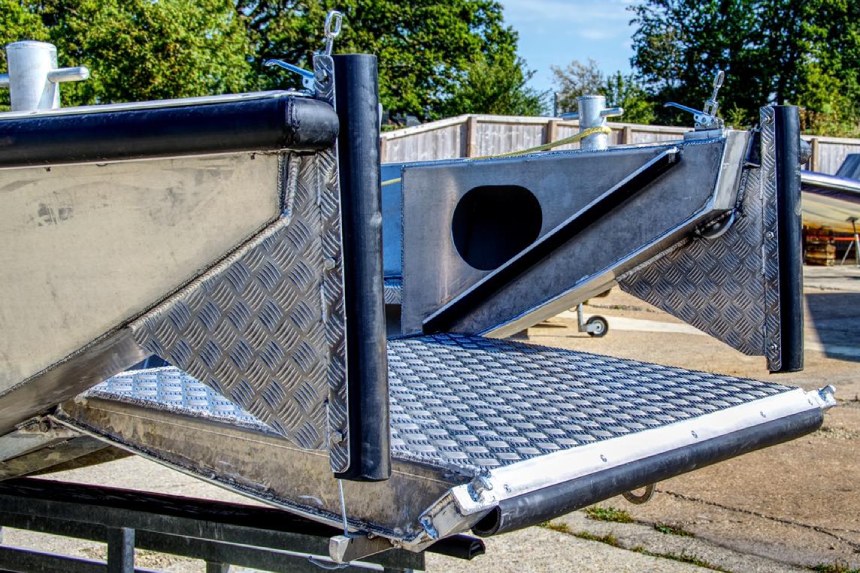 The boat can easily sail underneath low-hanging bridges and other structures thanks to its compact centre console and a collapsible mast. A Yamaha 59kW petrol outboard propels the craft to a top speed of 25 knots, thus facilitating fast transits to and from work sites.

The vessel’s navigation and communications suite includes a fixed VHF radio and a chartplotter from Simrad and a Comar class B AIS transponder. There are also available optional mission-specific equipment such as a survey boom, a dive ladder, a recovery davit, an LED blue strobe light, and a generator. 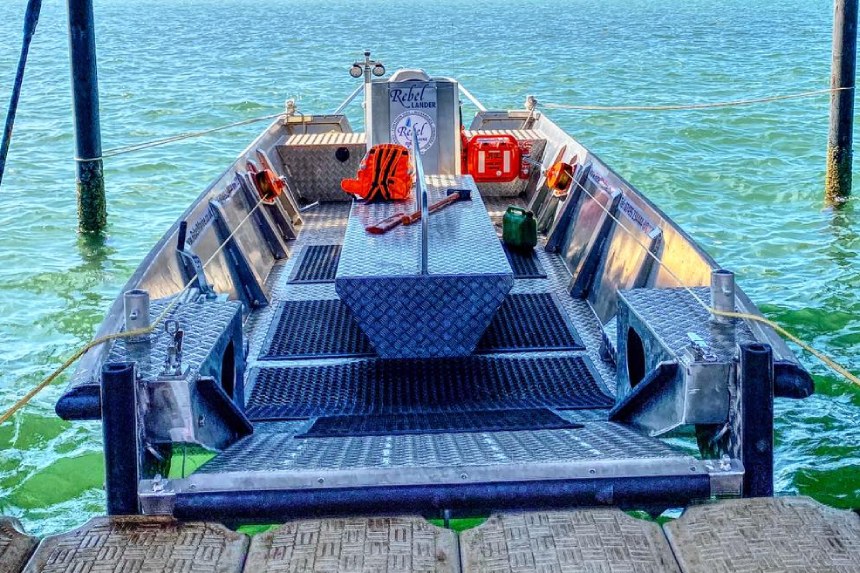