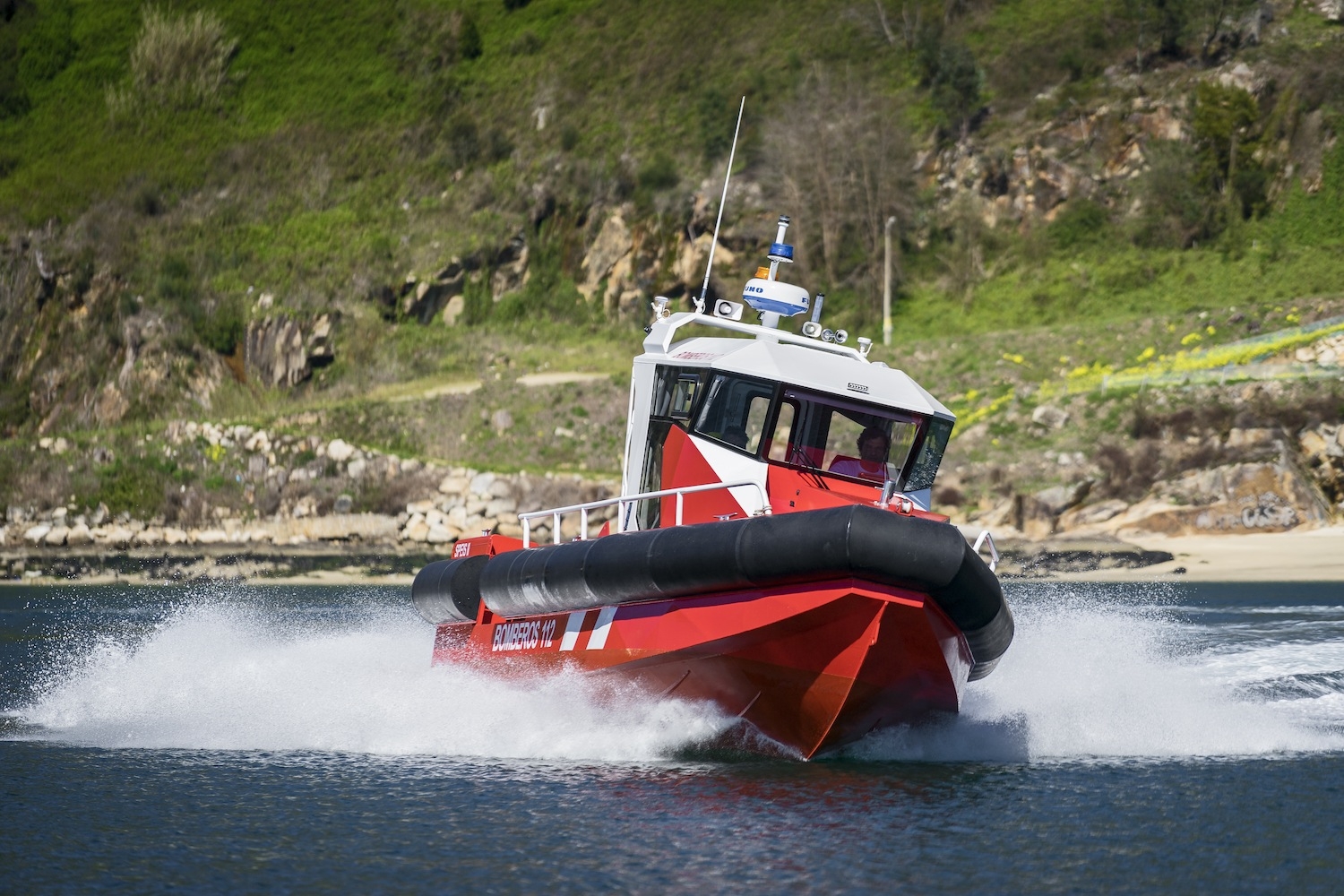 Spanish aluminium shipyard Aister has delivered a fireboat for the Alicante diving team (SPEIS). The company executed the design and the construction of this new boat, which has multi-mission assets with uses including SAR and fire fighting.

This new fireboat, called SPEIS II, has a length of eight metres, a beam of 3.2 metres, and an aluminium hull. Boat dimensions and equipment were designed to operate in areas of difficult access.

The cabin has been designed with close attention to ergonomics and the working environment. It is acoustic and thermal insulated, with waterproof doors and side windows to ensure safety under all operating conditions. 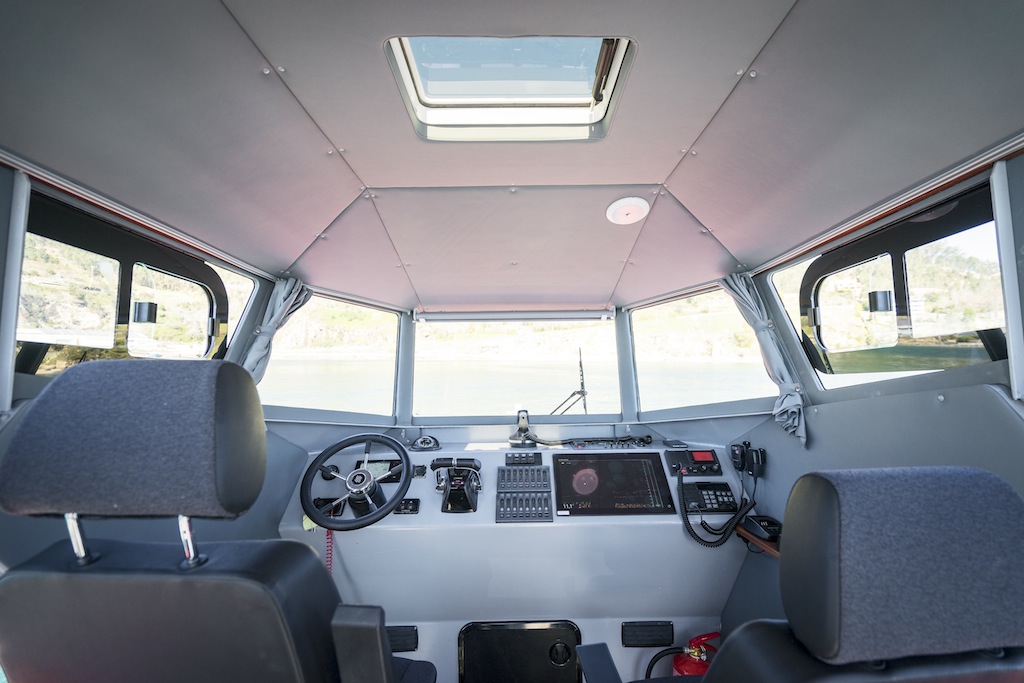 The cabin layout has been developed to facilitate workflow coordination during navigation. The wheelhouse has 360-degree visibility, which ensures the highest standards of safety and it is equipped with guidance, navigation, control and communication systems.

For its firefighting duties, SPEIS II is equipped at the bow with a fire-extinguisher system, a water pump to supply 400 litres per minute with a pressure of five bars. 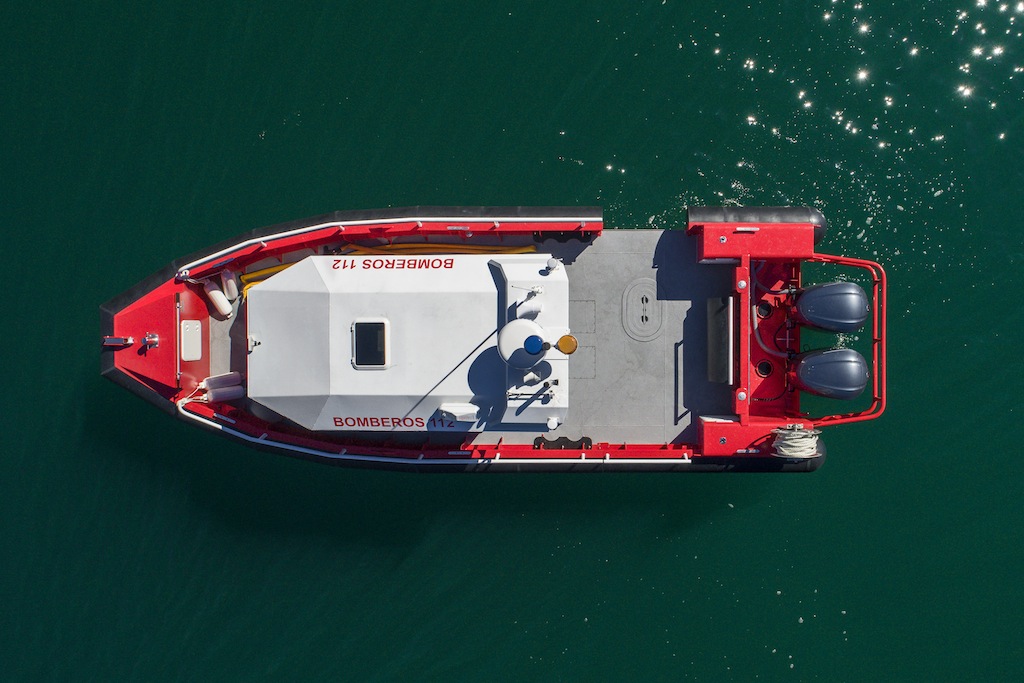 During sea testing in Vigo Bay, the fireboat was able to make a quick transition from stop to planing and had excellent stability. Circling tests were successful in less than two lengths of the vessel, meaning impressive manoeuvrability in any type of operation and intervention.

The deck has great stability with a walk-around cabin to facilitate crew movement around the vessel and a stern deck space with a wide working area and loading space for divers and their equipment.

SPEIS II stands out for easy access to the water, which greatly facilitates the required diving works and the collection of objects from the sea. It has at both sides a removable system used by divers to easily access the water from the boat. This system is also used as a rescue area for the collection of people.

Crew safety is guaranteed with a self-draining hull and three watertight compartments, plus a full bilge alarm system. In addition, it has a non-floodable flotation reserve in order to ensure buoyancy in any flooded condition, making the boat effectively unsinkable. 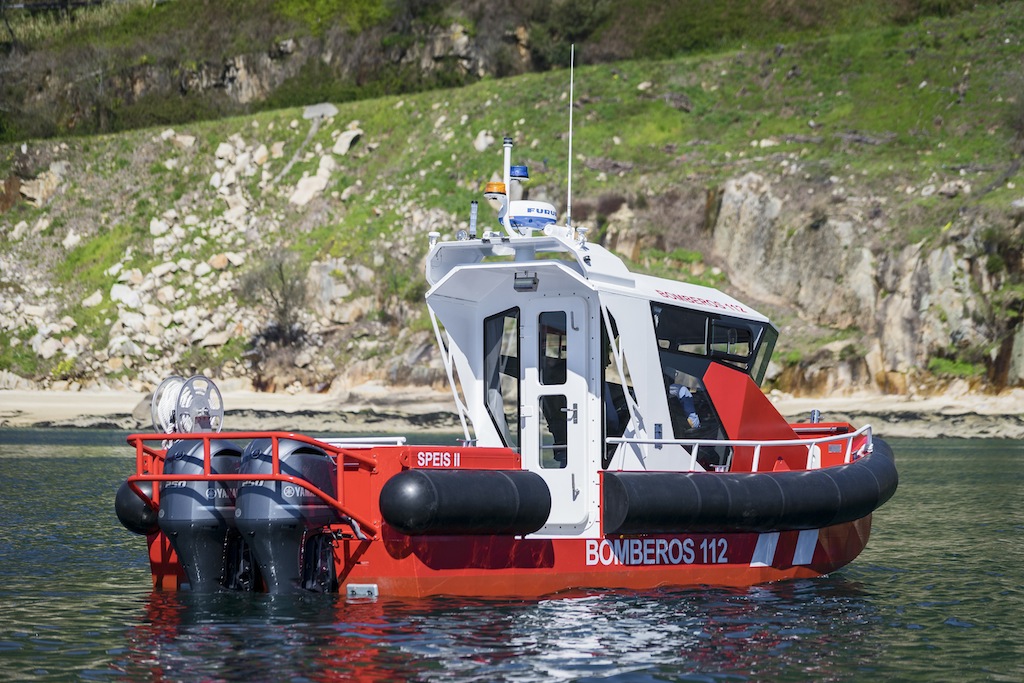 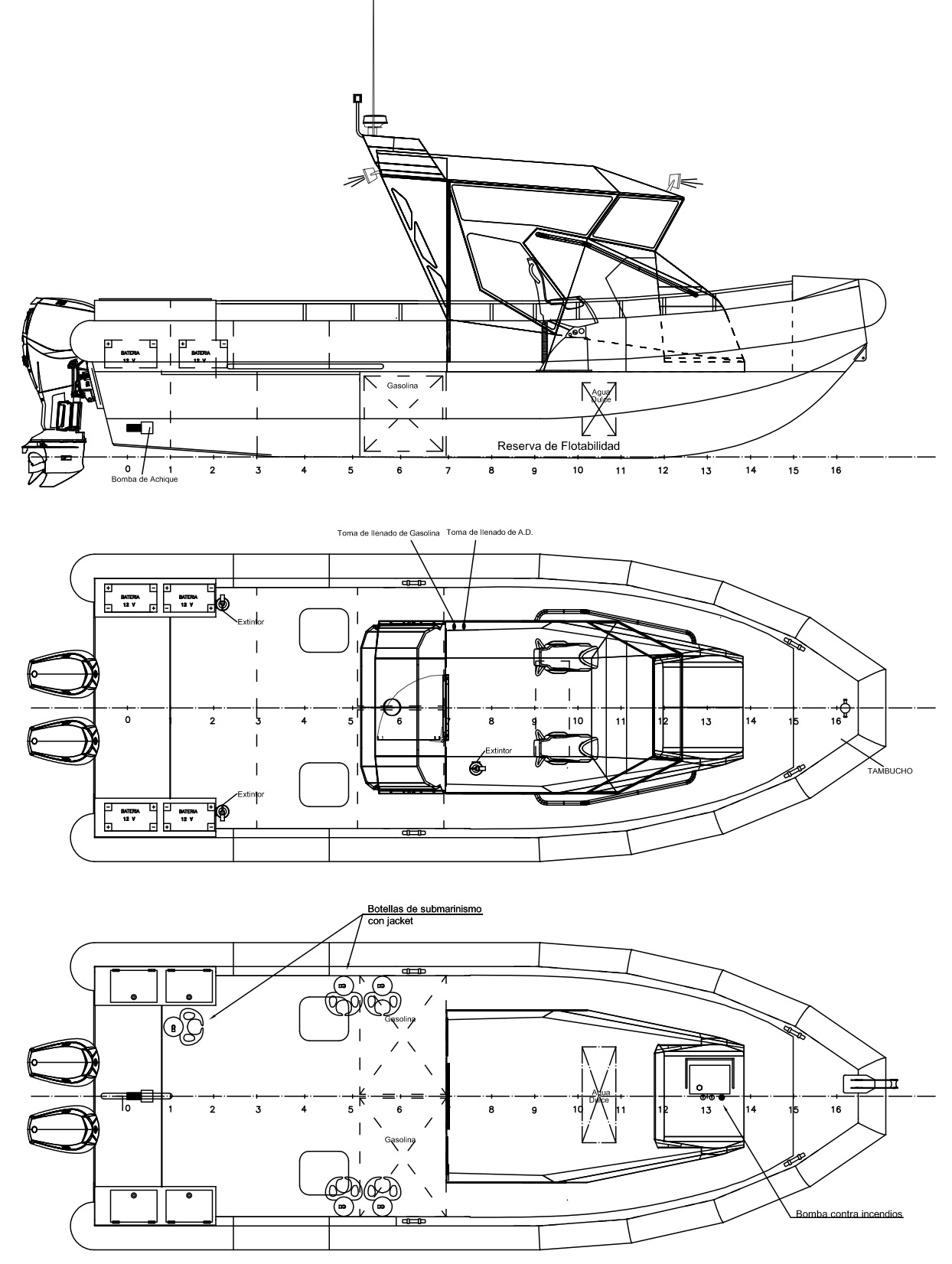