Named Papa Francisco in honour of Pope Francis, the vessel was built by Fortaleza-based shipyard Industria Naval do Ceara (INACE) to augment the two hospitals that the fraternity currently manages in the Amazon. The development of the vessel came about after the fraternity’s senior friars realised that a significant portion of the more than 700,000 indigenous people living on the banks of the Amazon River have always experienced great difficulty in accessing the region’s adequately equipped hospitals.

The new hospital ship was built with support provided by the government of the northern Brazilian state of Para, where the fraternity primarily operates. 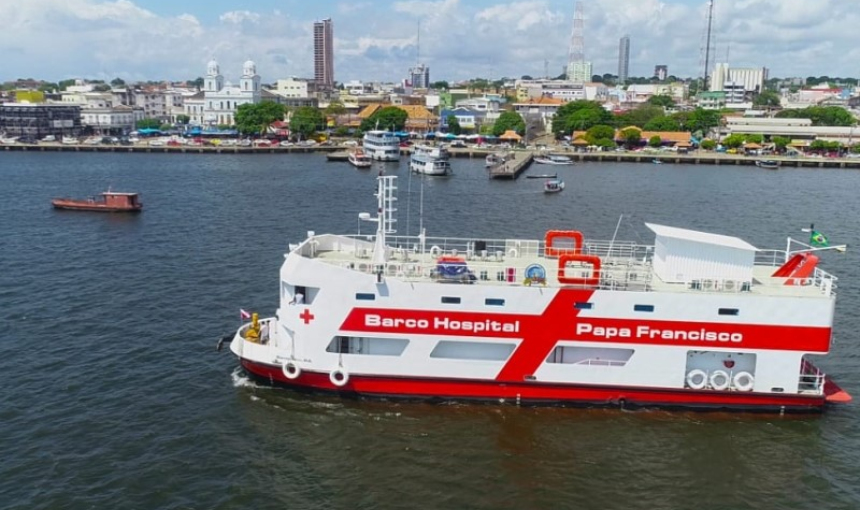 Papa Francisco has an LOA of 32 metres, a beam of six metres, and a cruising speed of seven knots. It is fully equipped with such facilities as medical and dental offices, an operating theatre, an opthalmological room, a treatment room, a vaccination area, a laboratory, and an infirmary with patient beds. The wide array of diagnostic equipment also includes a digital X-ray, a mammography machine, an echocardiogram, an electrocardiogram, and an ultrasound.

The owners said that the engineers responsible for the vessel’s construction have claimed there is no other vessel in Brazil that houses such an array of medical facilities and equipment.

The other onboard spaces consist of cabins that can accommodate 30 people, a galley, a mess, a library, and a laundry room. Power for the onboard systems, including the navigation electronics and those used in the treatment and diagnosis areas, is supplied by a pair of Weichai CCFJ150J diesel generator sets, each with a rated output of 150 kW.

The standard crew of 20 is augmented by a maximum of 20 volunteer medical staff that will serve on the vessel on a rotational basis. The regular operating schedule consists of voyages of seven to 10 days in duration, enabling the embarked medical personnel to visit as many riverside communities as possible before returning to the vessel’s homeport of Obidos on the narrowest portion of the Amazon River.

Papa Francisco was delivered by INACE in August 2019 and has since been operating extensively along the Amazon River, save for a brief weeks-long pause following the onset of Covid-19 in Brazil in the first half of 2020. In addition to providing medical care for Amazon riverside communities in need, the vessel has also been used to deliver humanitarian aid such as hygiene kits and food packages to coastal areas where access to basic necessities has become severely limited due to the pandemic. 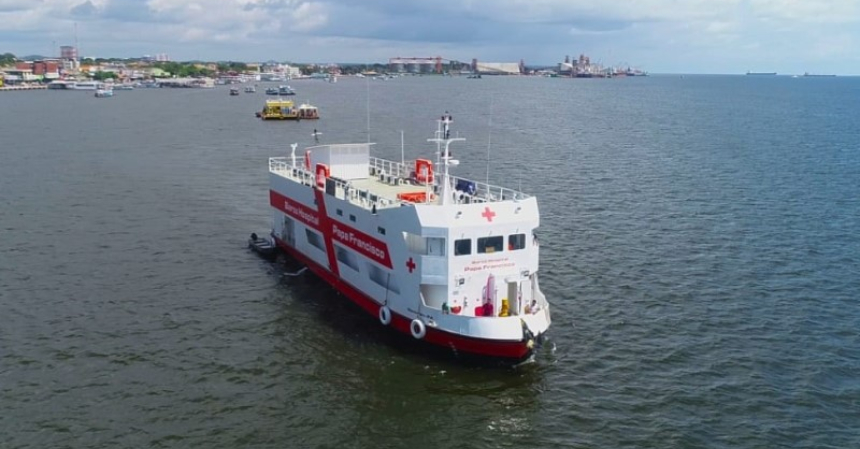