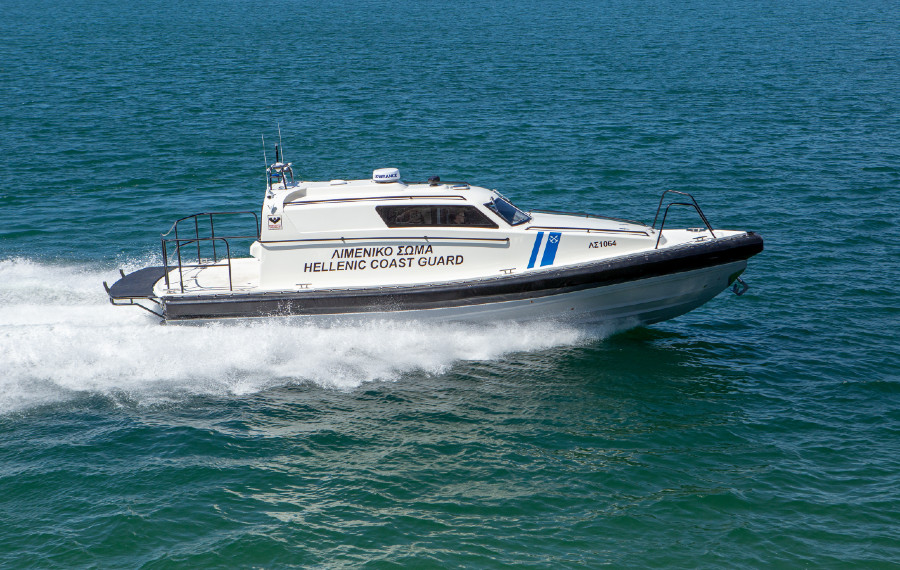 Denmark’s Viking Life-Saving Equipment has modified one of its existing oil rig daughter craft designs and made it capable of operating as an ambulance boat that could sail at high speeds, ensuring patients in remote areas are brought to hospitals with adequate treatment facilities as quickly as possible.

Among the first operators to benefit from this new series of boats under the Viking Norsafe brand is the Hellenic Coast Guard, which had needed a fast medical transport that will serve the residents of Naxos in the Cyclades Islands in the south Aegean Sea. One example has already been delivered to the coast guard while an additional two units are on order.

Although an inhabited island, Naxos is small in area and lies in a rather remote corner of the Cyclades. Viking claims that, while there are undoubtedly some medical facilities on the island, these do not officially fall within the umbrella of Greece’s national health care system that also includes the modern and sufficiently staffed hospitals that are found in the country’s more populated areas.

The Hellenic Coast Guard’s newest ambulance boat is thus intended to operate as part of a larger fleet that also includes similar high-speed boats of other government agencies. This is expected to make the country’s health care system more capable of providing emergency aid, particularly medical evacuation transport by sea, when needed by the residents of far-flung areas. 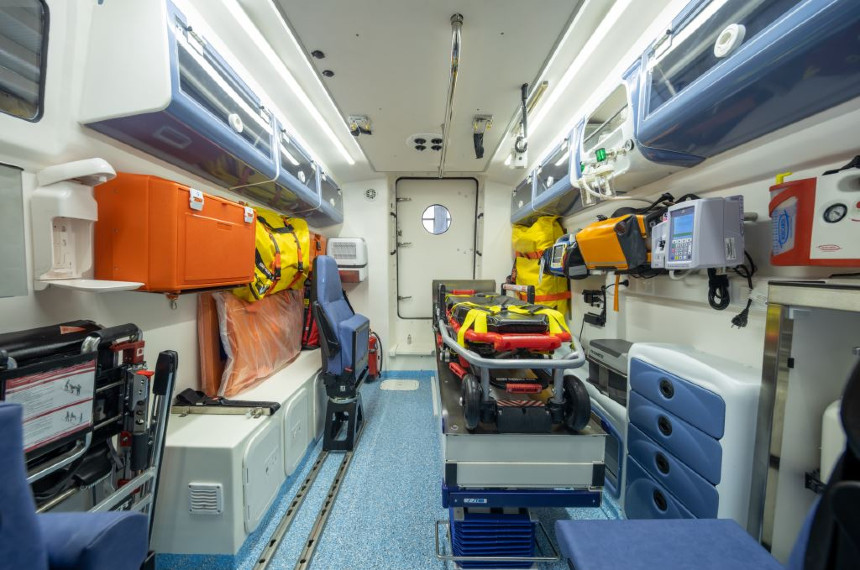 As with many of today’s land ambulances, the Viking-built coast guard ambulance boat is equipped for sustaining patients’ health even while in transit.

Located aft is the medical equipment area, which is also the largest compartment on the vessel at it has been designed to house an array of medical treatment and life-support devices such as a defibrillator, a ventilator, an oximeter, an oxygen supply system, a laryngoscope, splints, and even surgical tools. When not in use, these devices are to be stored in lockers that have also been fitted in the equipment area.

The medical equipment area also has shock-absorbing hydropneumatic mounts designed primarily to accommodate stretchers. This feature is critical in ensuring that patients with severe injuries that limit their movements will be kept as stable and as comfortable as possible even as the vessel sails at high speeds as part of its normal operating profile.

The centre section of the hull contains the wheelhouse with shock-absorbing seats for two operators. The control console also comes with two multi-function displays through which the crew can watch radar images as well as the live feed from the boat’s own rear-view camera.

The bow cabin has a fully equipped toilet, an automatic HVAC system, and seating for two patients, a doctor, and two nurses or emergency medical technicians.

Viking talked with Baird Maritime about some of the challenges that were encountered in developing this highly versatile emergency response vessel.

“The biggest challenge we faced was in ensuring that the boat would be capable of high-speed sailing without damaging the delicate medical equipment on board and without subjecting the occupants, especially patients, to sudden jerking movements caused by the boat as it encounters swells in the open sea.

“The challenge was compounded by the fact that the ambulance boat is a custom-made vessel intended to satisfy varying special requirements, and we had discovered early on that the rules in designing and building standard SOLAS-approved boats do not apply here. Fortunately, the vessel’s modular design proved vital in making sure it possessed the performance, transport capability, and safety necessary for operating in its intended role.”

The ambulance boat has a hull made from fire-retardant GRP, an LOA of 11.95 metres, a beam of 3.51 metres, and two Mercury Marine Mercruiser TDI 4.2L 275kW diesel-powered inboard engines that deliver speeds in excess of 30 knots. The propellers are also capable of counter-rotating to enable the vessel to turn with a tighter radius at low speeds, an attribute which has proven useful in navigating through narrow ports.

The new ambulance boat has already begun operating in the southern Aegean Sea, always on standby to provide vital medical transport for the residents of Naxos. Its two near identical sisters will also commence operations in this area of Greece following their respective deliveries.