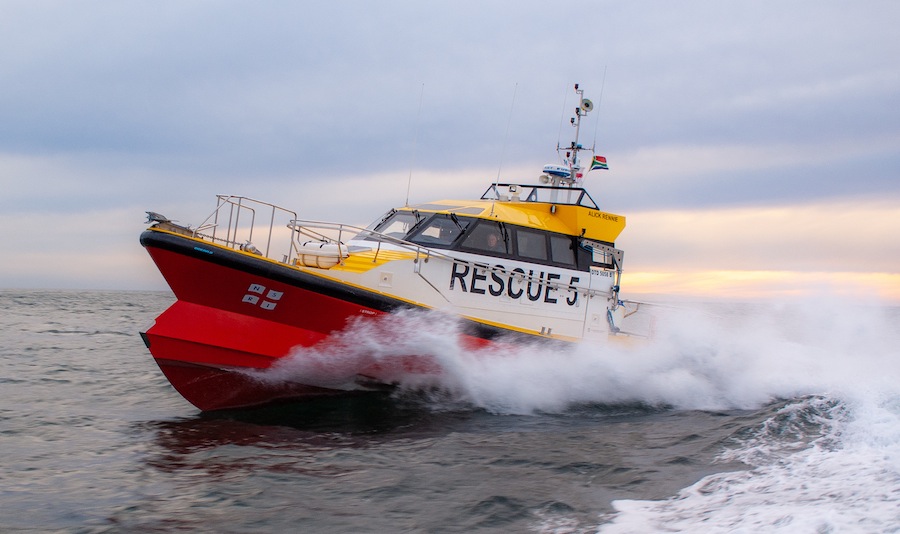 The National Sea Rescue Institute (NSRI) is a volunteer rescue service operating around the South African coastline. The NSRI operates a fleet of nine large rescue boats around the country, consisting primarily of six ex-RNLI 10-metre Brede-class rescue boats and one 12-metre extended Brede, all built between 1983 and 1986. An additional two new 12-metre Rodman boats are also in service.

As these boats were starting to reach the end of their service lives, a project was started in 2014 to replace and renew the fleet.

Following a selection process of different boatyards and vessel designs of various rescue boats from around the world, NSRI finally settled on a design currently in use by the SNSM (French Sea Rescue Service) designed by France’s Pantocarene, to be built by Bernard Shipyards in Locmiquelic, near Lorient in Brittany.

“It is part of a fleet replacement program that will hopefully see the entire NSRI big boat search and rescue fleet upgraded to the new vessel over the next 10 to 15 years allowing for increased operational capability,” said Clifford Ireland, Regional Representative for the Kwazulu Natal Region and former Station Commander at NSRI’s Rescue Base in Durban when the project started.

“Due the larger vessel size and displacement (i.e. 14 metres over the current 10- and 12-metre fleet), the vessel will be more capable of supporting operations over longer ranges and provide enhanced crew comfort and endurance for longer rescues.”

The first vessel, named Alick Rennie, was earmarked for operation off Durban, the busiest port in Southern Africa.

The vessel was required to undertake rescue operations that involve a variety of operations from drowning-in-progress, ski-boat and yacht rescues to casualty extrication of personnel from commercial ships.

In order to meet these requirements a specification document was compiled that called for the vessel to be able to operate in all weather conditions and to be able to maintain a cruising speed of 25 knots for 250 nautical miles with a bollard pull in excess of 4.5 tonnes. 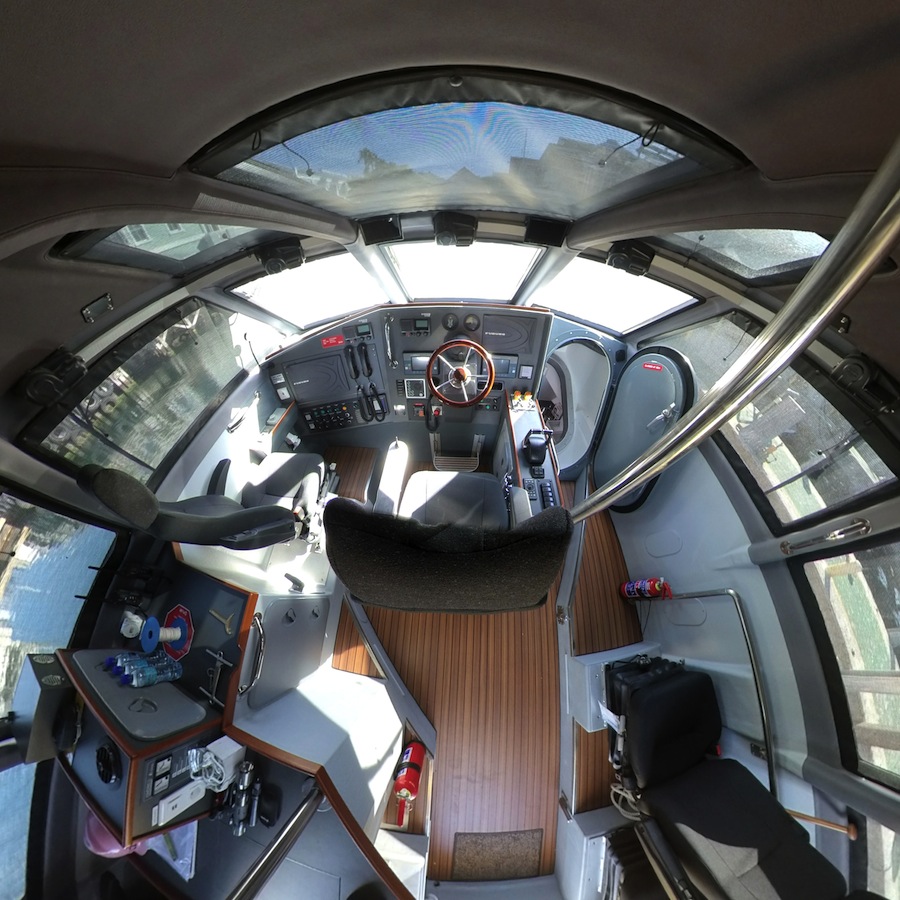 The vessel was to include for seating for six crew in shock mitigating seats to allow for high-speed operation in heavy sea conditions and the ability to carry a minimum of 12 survivors inside the cabin.

The vessel was also required to be self-righting in the event of a capsize.

Part of the design of the vessel focused on the crew comfort as rescue operations are undertaken in extremely challenging environments, which lead to high stress levels for the volunteer crew. Factors such as high heat and noise levels add to the overall stress levels placed on the crews and efforts were made to reduce these factors. 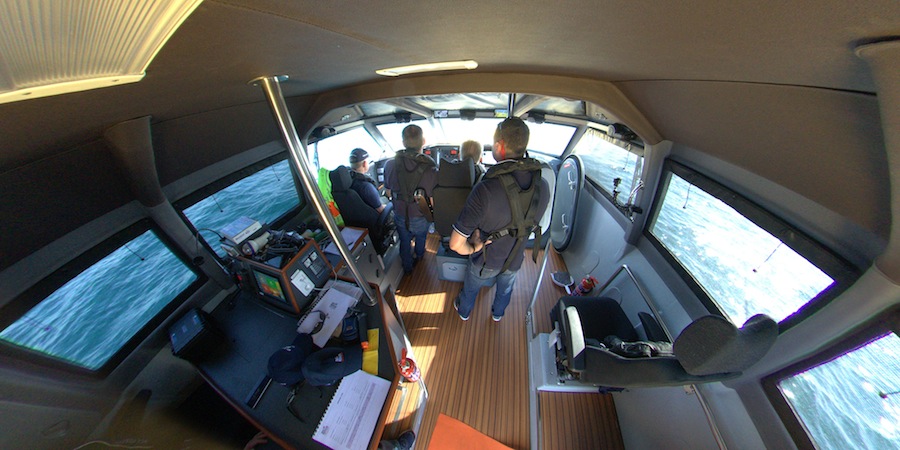 As the vessel was designed to carry out operations in the sub-tropical region of Africa she was fitted with an air-conditioning system in both the main cabin and the forward cabin to ensure that internal temperature and humidity levels were maintained in an optimum zone. In order to drive this air-conditioning system the vessel was fitted with two auxiliary 250-amp alternators to provide and additional 12 kilowatts of power for the vessel.

In order to lower the overall noise and vibration levels, the main cabin was mounted on a foam suspension system effectively isolating it from the main hull of the vessel and hence from the vibrations and noise caused by the engines and hull moving through the sea. This lead to main cabin noise levels below 75 dB while operating at full speed, allowing the crew to converse normally in the cabin.

As part of the vessel’s operational requirements, include the rescuing of injured or ill patients, the vessel was designed with the ability to carry a stokes basket in a special bracket in the main cabin allowing for the patient to be treated at a comfortable height. 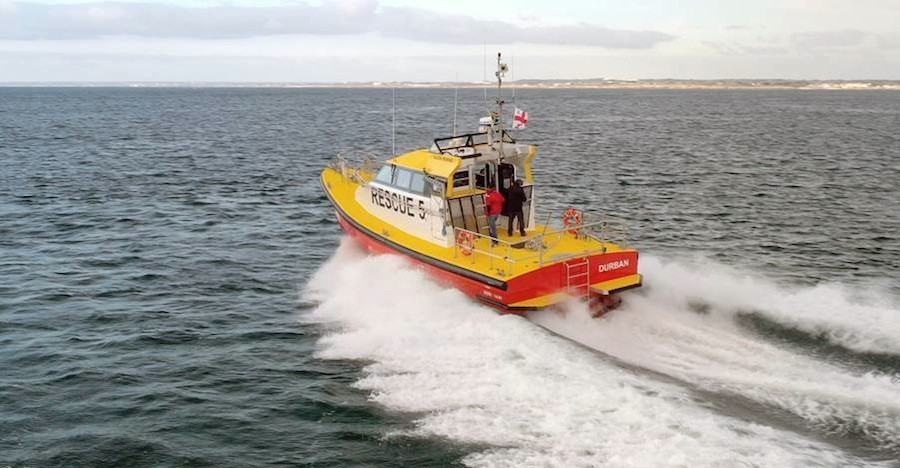 As the organisation is manned by volunteers, the vessel is run on the weekends for training and on an as-and-when needed nature for operations depending on the nature of the rescue operation.

Operations can vary from a hour to the longest rescues involving the towing of yachts for many miles with operations extending over more than 48 hours at times.

“During the R&D phase of the project we did consider jet drives for the vessel, however as a large proportion of the operations involve the towing of disabled yachts and ski boats, it was considered better to stick with conventional propellers and shafts driven by marine diesel engines,” said Mr Ireland. 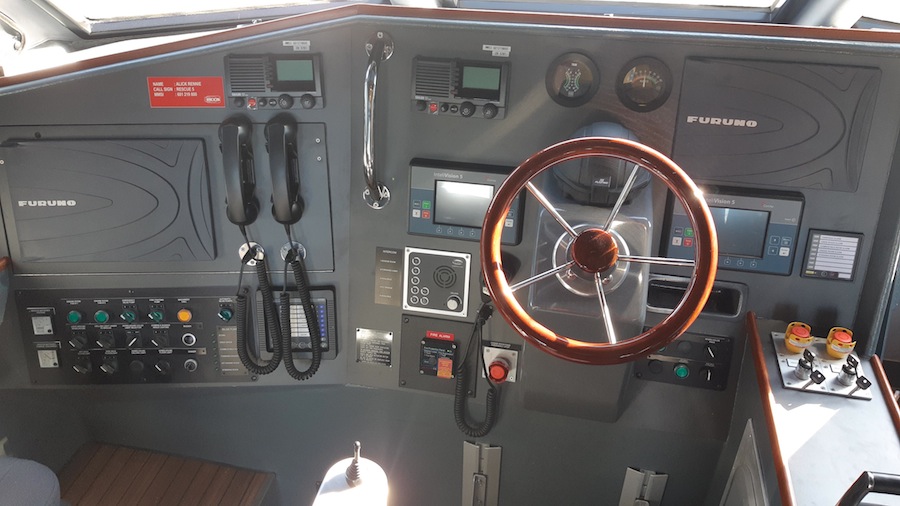 The vessel is fitted with a Furuno navigation system that includes three HD multifunction touch screen displays, which are fully integrated to show all the necessary navigational data and engine operation data.

This system allow for a division of the work between the helmsman, coxswain, navigator and boson/engineer as courses can be fed from one display to the other seamlessly. This allows for instance the navigator to set up a waypoint and route and then simply feed it to the helmsman’s screen so that the helmsman can concentrate on steering the vessel and does not need to operate the GPS system.

The vessel has also been fitted with a FLIR camera to allow for improved searching capabilities in times of low light and adverse weather conditions.

The vessel is fitted with a GSM antenna and the boat has a wifi hotspot, allowing connection with the internet at distances up to 30 miles offshore for the connection of future electronic devices to the system for the transmission of operational data from the vessel to the operations centre on land and back again. Whilst this capability has not been fully exploited at this time it is allows for future growth of apps and systems as the vessel design matures in future. 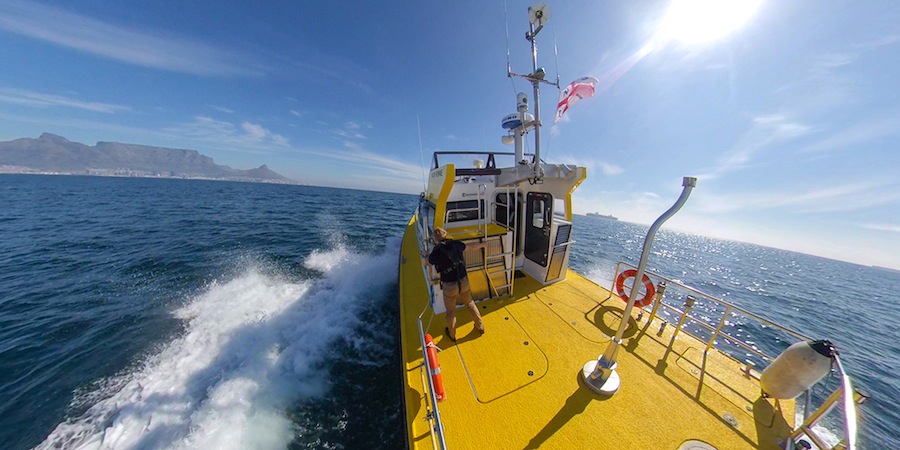 The aft deck was kept generally clear of fittings and equipment to allow for the easy operation of the vessel with rescue helicopters and also for operations that involve high angle rescue of patients from large ships.

“The most interesting design feature of the vessel is the unique hull shape which has a ‘beak bow’,” added Mr Ireland. “This consists of a section of bow that projects forwards presenting a wave piercing design that reduces vertical acceleration and slamming of the vessel.”

With a traditional bow form, as the boat encounters a large wave, the flare of the bow causes the bow to rise up and then when the boat drops off the back of the wave the bow slams into the next one. As well as being extremely uncomfortable for the occupants, this effect obviously has the potential to cause hull damage and consequently in rough conditions speed capability is seriously reduced which in turn results in reduced speed.

The beak on Alick Rennie acts as a form of wave piercing extension to the hull, which, as it enters the front of a wave, reduces the tendency for the bow to rise rapidly as a result of the bow flare. With the vertical movement of the bow stabilised, the fall off the back of the wave is lessened and the “angle of attack” into the front of the next wave is reduced and the process is repeated.

Due to this design feature, it is possible for the vessel to operate at higher speeds in larger sea conditions, which of course is of great value in a rescue operation where lives are at stake. 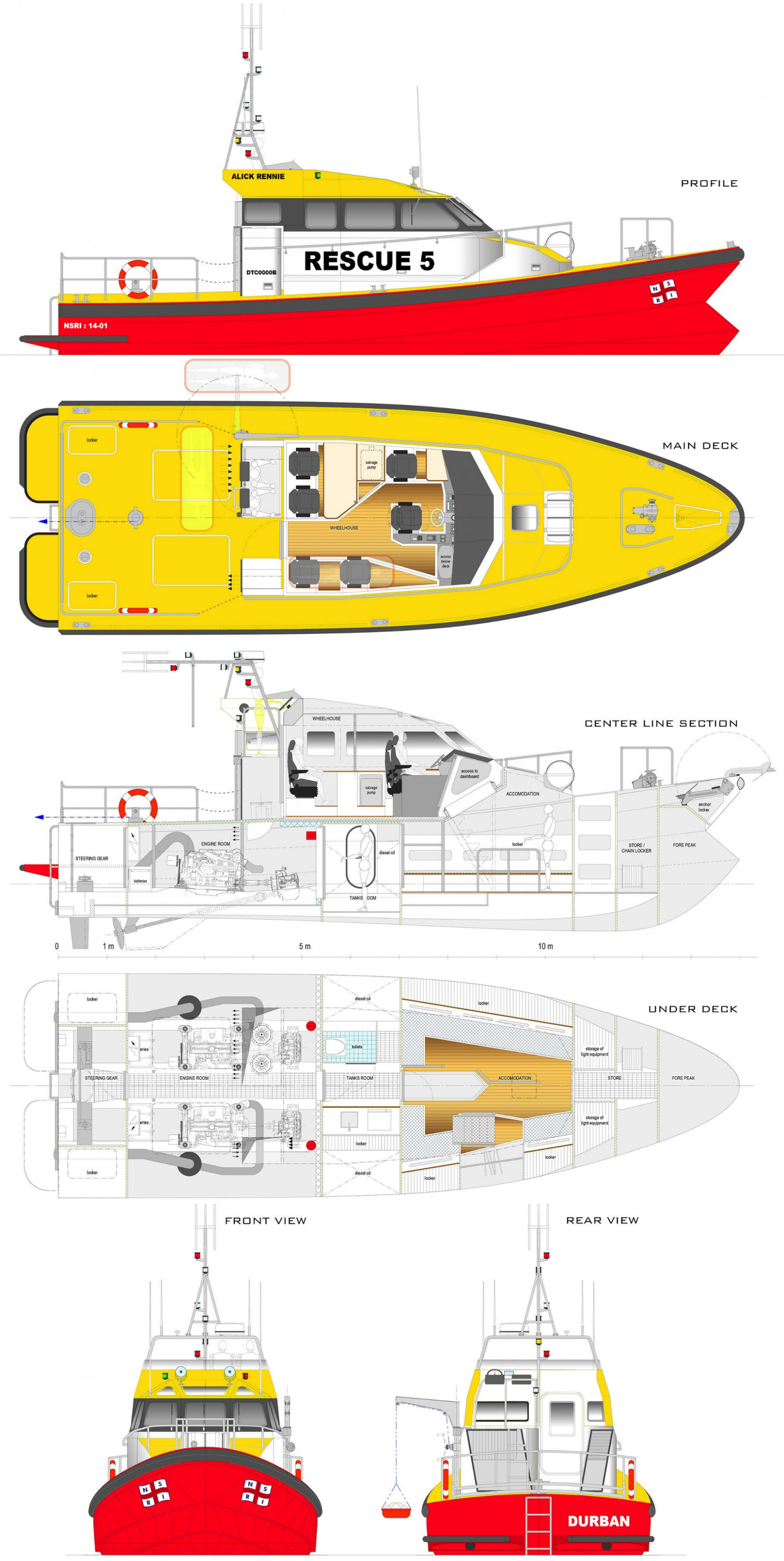