Written by Baird Maritime on February 18, 2019. Posted in Search and Rescue, Trawling World. 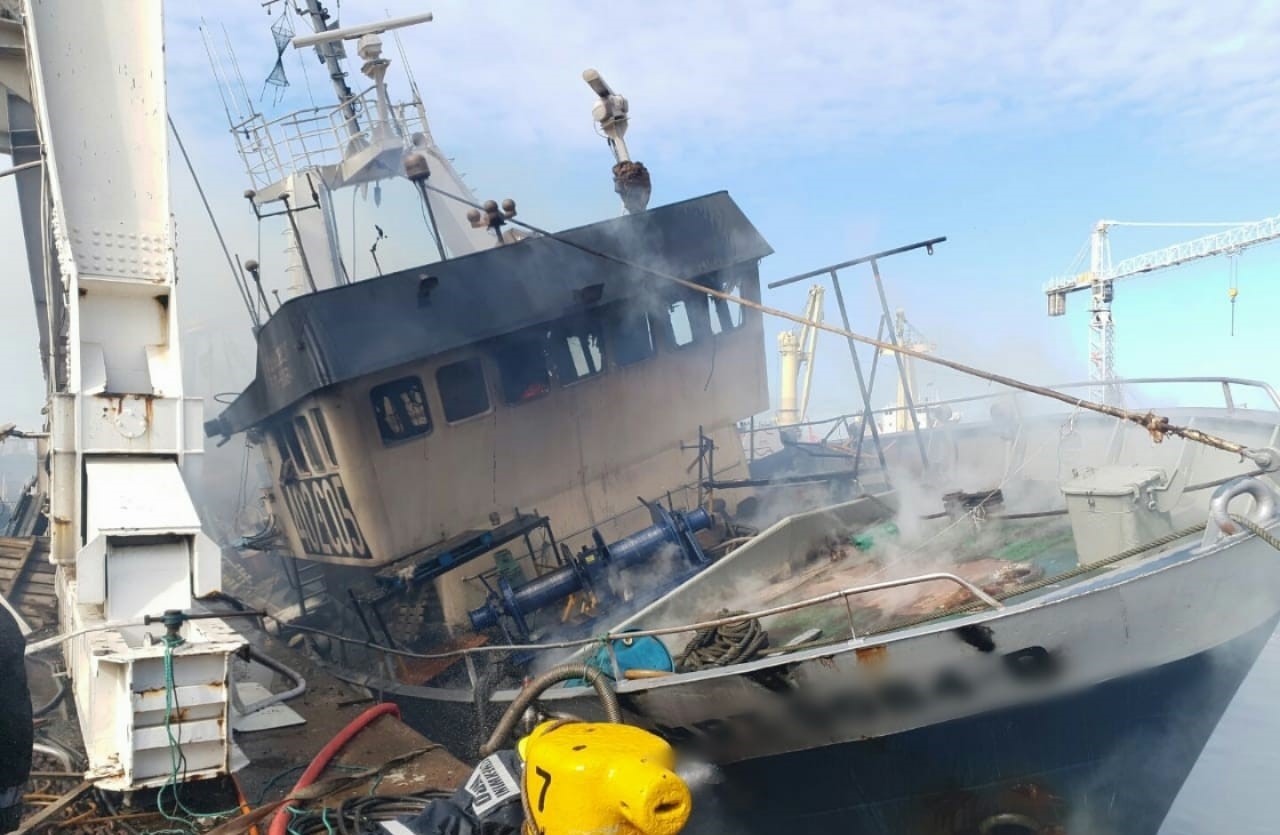 Six people were killed and three others were injured after a drydocked fishing vessel caught fire in the Port of Durban in South Africa on Thursday, February 14.

The incident occurred at approximately 15:30 local time while the Mozambique-flagged trawler Tropical 1 was undergoing repairs at the Prince Edward Graving Dock in Durban.

Local firefighters and paramedics immediately rushed to the scene to render assistance.

Paramedics from the volunteer emergency assistance organisation Rescue Care were able to evacuate more than 70 people on the dock to safety as the fire raged on the vessel.

Three of Tropical 1’s crew were brought to hospital to be treated for smoke inhalation.

Six of the vessel’s crew were initially declared missing but were later found dead after rescuers were finally able to safely board the vessel.

It was not until 02:00 of the following day that the rescuers had managed to locate the bodies of all six crewmembers who were initially declared missing.

The South African Maritime Safety Authority (SAMSA) has begun its investigation into the incident.