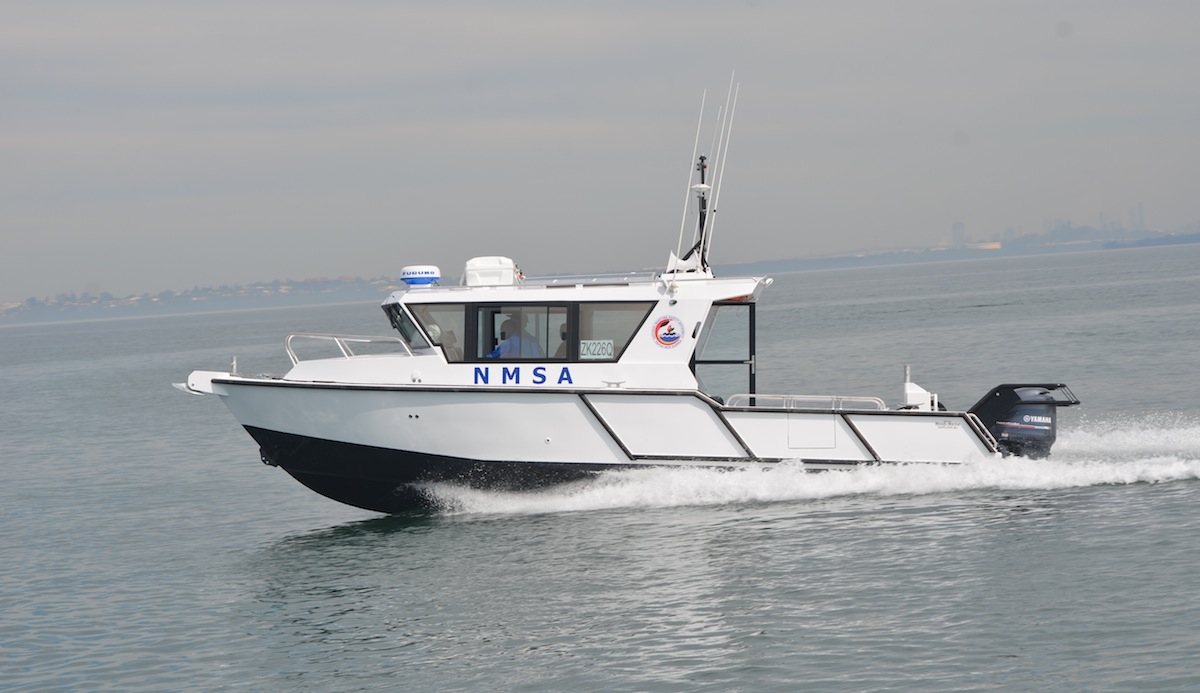 The concept of this vessel design was based on the nine-metre rescue boat that Woody built for the Victoria Point Volunteer Marine Rescue in Moreton Bay in Queensland. The PNG NMSA’s area of operation however, demanded a hull form capable of providing crew comfort in more open and exposed sea states.

The unpredictable short sharp chop of Moreton Bay is no challenge for this model, and its deep-vee hull and wide chine configuration allows the vessel to cut through the sea conditions in a soft and dry manner.

A full review of ZK226Q will appear in the September/October issue of Ausmarine magazine.