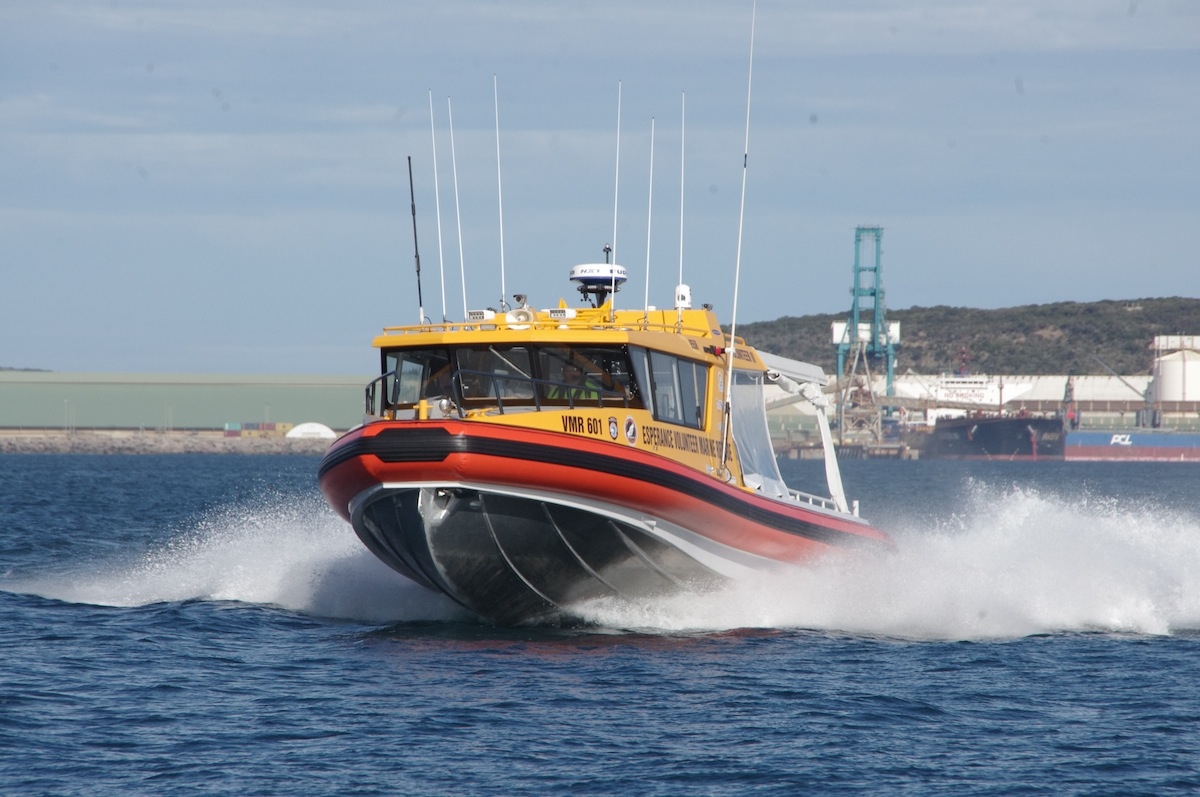 The Esperance Volunteer Sea Rescue Group has a huge area of responsibility, and its boat needs speed and range, and the ability to use both of them in sometimes spectacularly bad weather. The conventional aluminium boat it had used for 16 years had sometimes come up short on those capabilities.

Its new vessel is a RIB from Kirby Marine and Naiad, and at 12.5 metres a good deal larger than other sea rescue RIBs. Its propulsion system is also different: twin 410kW diesels driving through jets. On trials it had no trouble towing a 24-tonne barge and manoeuvring it alongside. 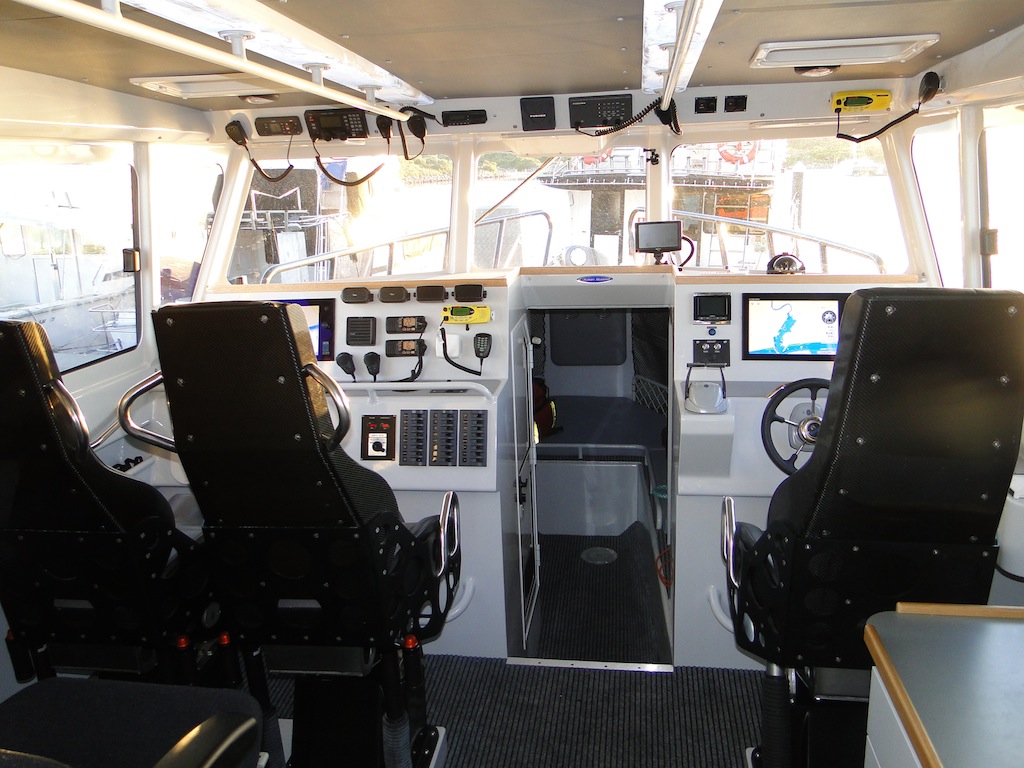 The layout provides a wheelhouse, the working area for up to five people, plus a smaller ahead of it. Three sit at the console in Ullman suspension seats, two behind and above them. An outfit of radios, radar, plotter, FLIR and more fills the ergonomic console, most with both keypad and touch screen controls.

Much of the time sea conditions render touch screen unusable. The only domestic electronic item is the microwave. The last boat had all the home comforts and they were never used.

A full review of VMR 601 will appear in the July/August issue of Ausmarine magazine.