Written by Baird Maritime on May 3, 2019. Posted in Dive Support, Search and Rescue, Ships (Naval). 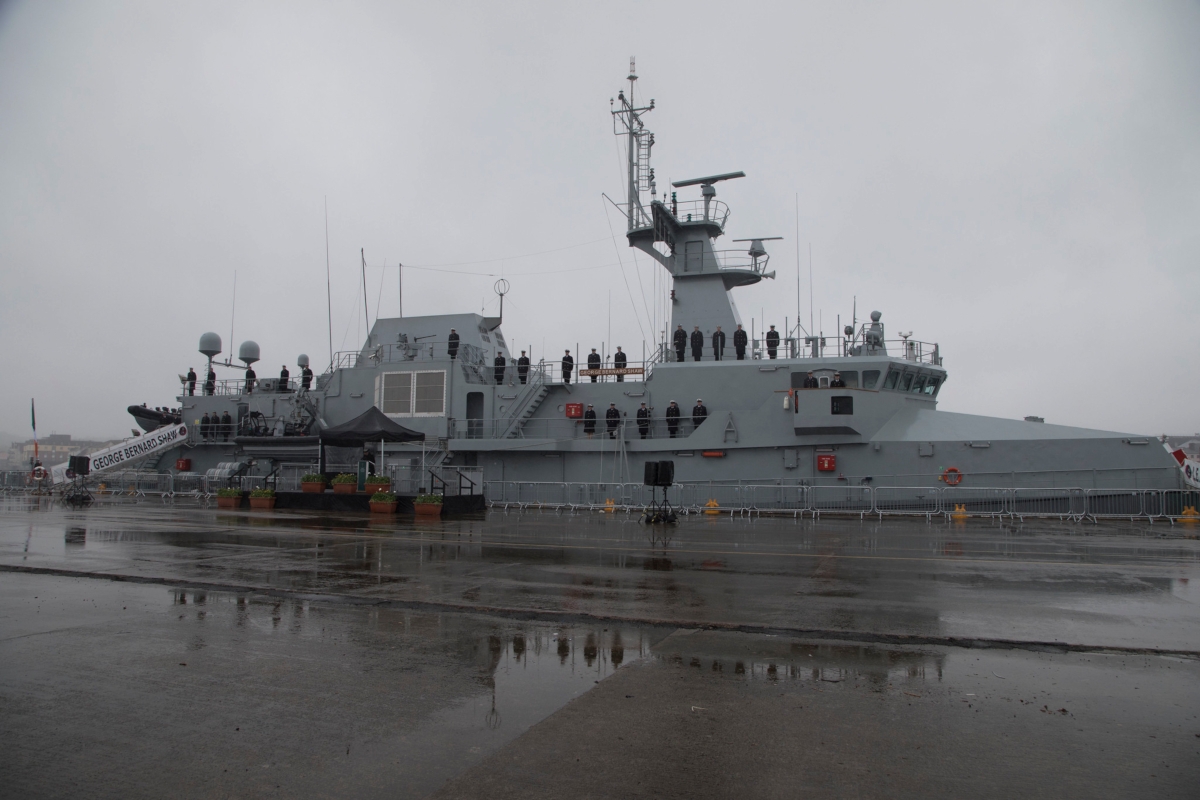 Like its sisters, George Bernard Shaw has a length of 90 metres, a beam of 14 metres, and a speed of 23 knots. Armament consists of a 76-millimetre naval gun, two 20-millimetre autocannons, and four 7.62-millimetre machine guns.