Written by Baird Maritime on July 31, 2019. Posted in Search and Rescue, Ships (Naval). 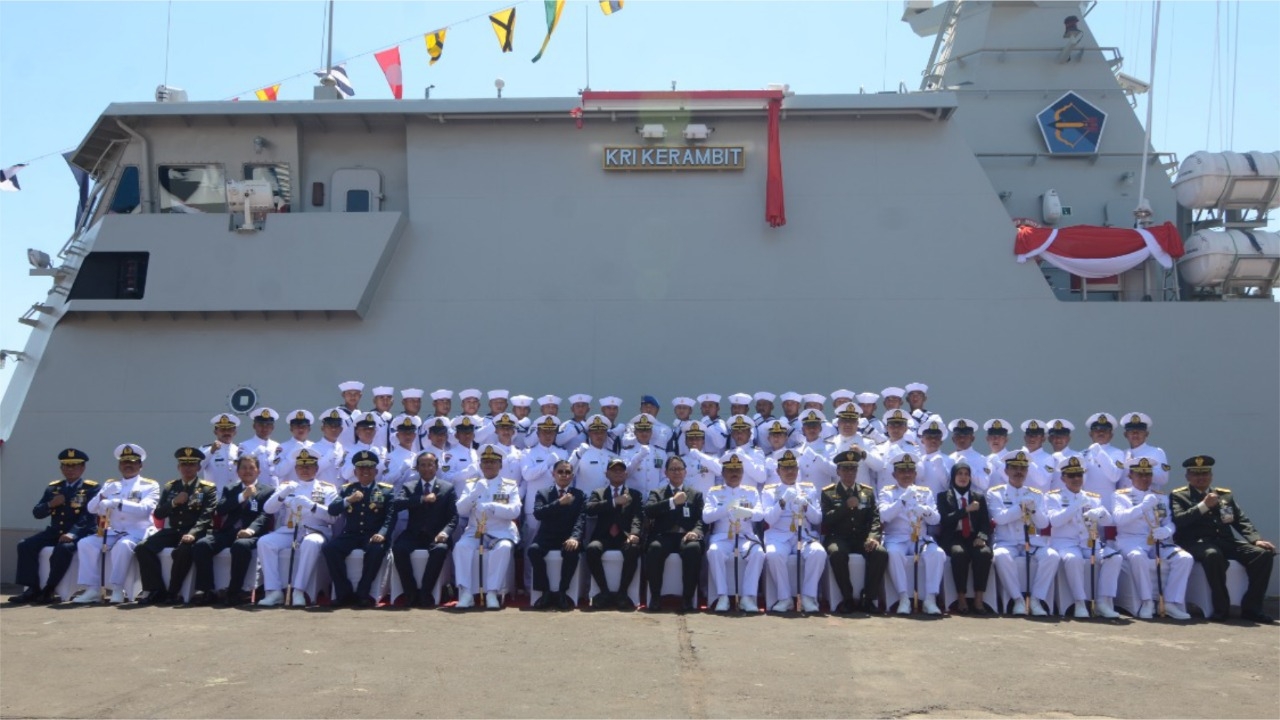 Christened KRI Kerambit (“Knife”), the vessel has a length of 60 metres, a beam of eight metres, and a speed of 28 knots.

In addition to conducting maritime security patrols in Indonesia’s territorial waters and in the country’s exclusive economic zone, Kerambit will also be used to carry out search and rescue (SAR) operations.

Kerambit and the three other vessels of the KCR-60 series, also known as the Sampari-class, were built by state-owned shipyard PAL.