Written by Baird Maritime on September 11, 2018. Posted in Search and Rescue. 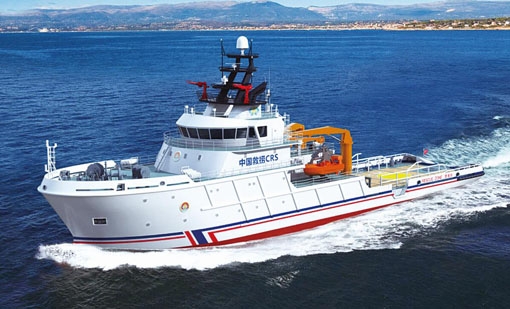 The ship is a 4,000kW rescue salvage vessel signed by Huangpu Wenchong and the Chinese Ministry of Transport’s Salvage and Salvage Bureau last year.

This design is the first rescue vessel of the Ministry of Transport to use all-electric drive and feature DP 2 dynamic positioning capability. It was designed by the Shanghai Ship Research and Design Institute and is classified by the China Classification Society (CCS).

The ship will mainly be used for life-saving and ship rescue in shallow water areas such as coastal waterways and island reefs in shallow sea conditions, however it will be capable of rescue missions on the high seas.

It will be equipped with equipment for the sealing, plugging, draining and air diving of ships in distress, as well as towing and other rescue operations.