Written by Baird Maritime on July 18, 2019. Posted in Regulation & Enforcement, Search and Rescue. 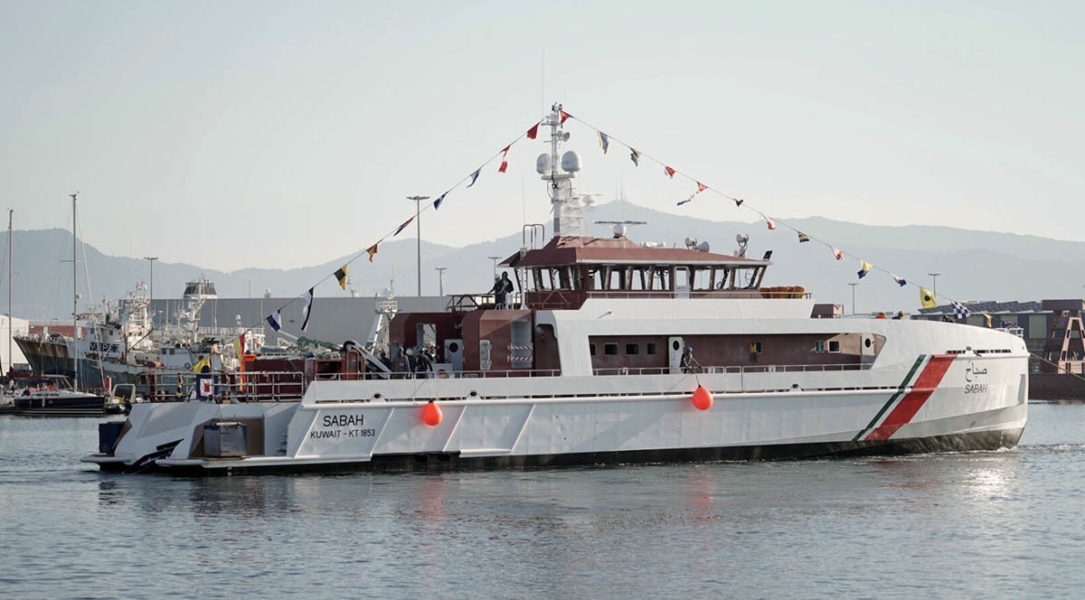 Spain’s Freire Shipyards has launched a new patrol vessel being built for the Marine Surveillance Department of Kuwait’s Public Authority for Agriculture and Fish Resouces (PAAFR).

The 42-metre-long vessel will sail under the name Sabah and is scheduled for completion and delivery in the fourth quarter of 2019.

The patrol boat will primarily be used for monitoring and preventing illegal, unregulated, and unreported (IUU) fishing but will also have a secondary search and rescue (SAR) capability.

Sabah will have a crew of 16 and an aft deck space for launching and recovering a seven-metre rigid inflatable boat (RIB). Two 2,880kW engines driving fixed pitch propellers will give the vessel a maximum speed in excess of 30 knots.