FEATURE: Flight MH370 – why the hunt isn’t over 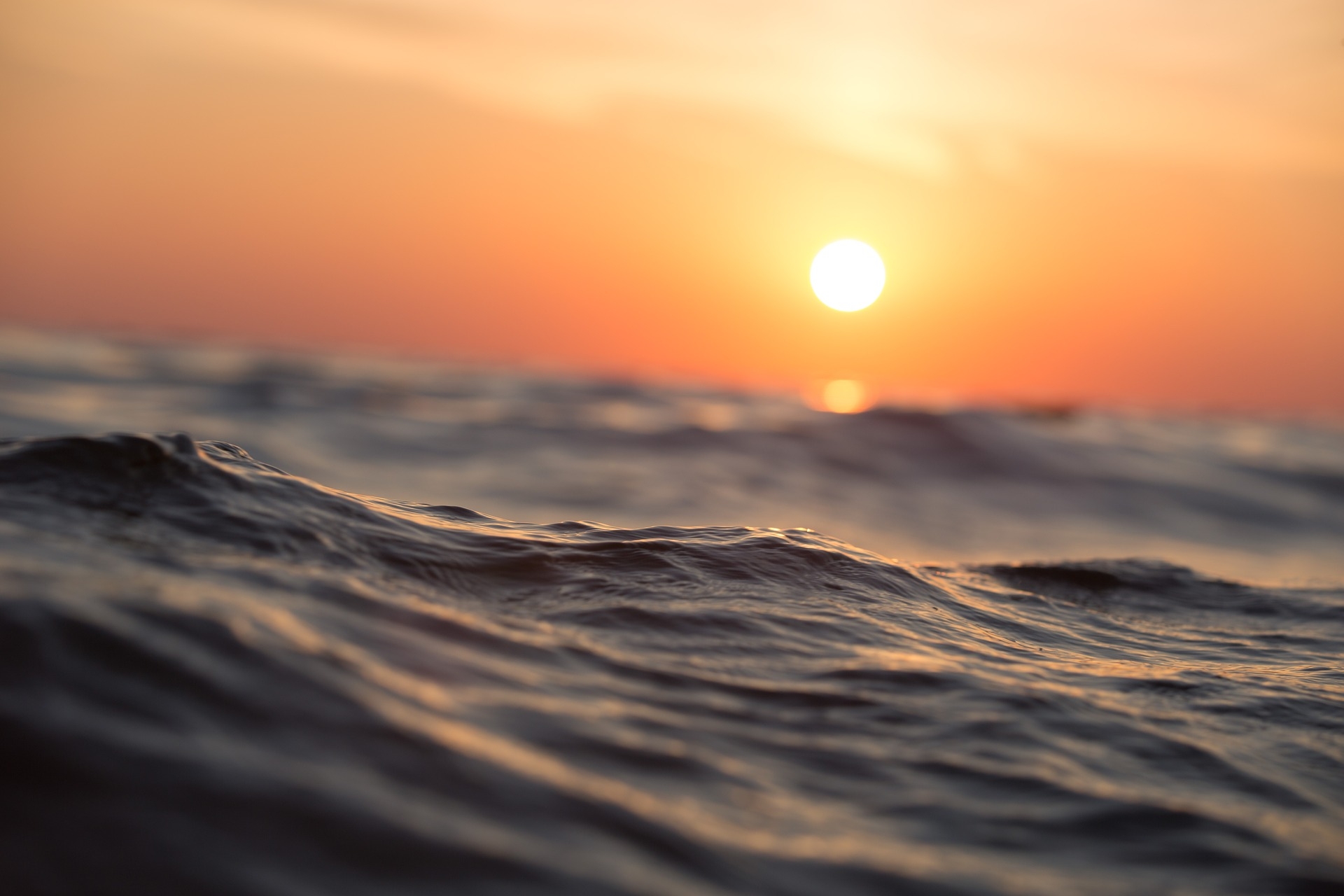 Australian officials who led the search for the missing Malaysia Airlines MH370 airliner—believed to be in waters up to 6 kilometres deep off Western Australia—are confident that it will be found if the hunt resumes.

The Boeing 777 and its 227 passengers and 12 crew vanished on March 8, 2014 during a flight from Kuala Lumpur to Beijing. MH370 took off just after midnight and the final voice communication from it was pilot Zaharhie Ahmad Shah bidding the control tower “goodnight”.

The initial search focused on the ocean along the route to China to the northeast of Malaysia. But analysis of radar and satellite communication data days later revealed that the aircraft had turned back across the Malay Peninsula and then made another turn southwards down towards the southern Indian Ocean. It flew on for six hours. Those turns had to have been made by someone at the controls.

Malaysian police discovered that the pilot had plotted a course into the southern Indian Ocean on a computer flight simulator at his home, but that is regarded as inconclusive and circumstantial and no other evidence has emerged to indicate that he was responsible for the jet’s disappearance. And two Iranian men aboard the jet were travelling on false passports, though nothing has emerged to indicate that they were involved in the loss of MH370.

The search covered 120,000 square kilometres over 1,046 days until January 17, 2017, when the governments of Malaysia, Australia and China decided to suspend it until clear evidence emerged of the aircraft’s likely location. In the search area, up to 2,800 kilometres from the coast, sections of the ocean floor are rugged and scattered with volcanoes and giant ravines.

Now a US company, Ocean Infinity, has reached an agreement with Malaysia to renew the search on a “no find, no fee” basis. It’s expected to focus on an area of under 25,000 square kilometres which the Australian Transport Safety Bureau says in its final investigation report, “has the highest likelihood of containing MH370”. Transport Minister Darren Chester has announced that, at Malaysia’s request, Australia will provide technical assistance to the Malaysian government and Ocean Infinity.

The company plans to use six remote-controlled autonomous underwater vehicles to scan the ocean floor.

The intersecting evidence provided by different branches of science has identified an area, to the north of that searched so far, where the jet is now believed to lie. “The understanding of where MH370 may be located is better now than it has ever been”, the bureau’s search summary says. Re-analysis of satellite imagery taken on March 23, 2014 has identified a range of objects which may be MH370 debris. Their location is consistent with the findings of an expert review panel on the area most likely to contain MH370.

The ATSB says the underwater search has eliminated most of what were considered high-probability areas identified by reconstructing the aircraft’s flight path. Over two years, pieces of the airliner’s wings and interior have been carried for thousands of kilometres on ocean currents and washed up on Indian Ocean islands and on the east coast of Africa. Studies of the path taken by that debris have identified the most likely crash area with increased precision.

The ATSB says the reasons for the loss of MH370 can’t be established with certainty until the aircraft is found. “It is almost inconceivable, and certainly societally unacceptable in the modern aviation era with 10 million passengers boarding commercial aircraft every day, for a large commercial aircraft to be missing and for the world not to know with certainty what became of the aircraft and those on board.”

Once it became clear that the aircraft turned southwards, the search teams were left to cover a vast area guided by the slenderest of clues drawn from minute fragments of evidence. Those fragments give glimpses that are enticing but too fleeting to build a picture of what happened.

After the pilot’s final contact, the aircraft made a slow right turn south of Penang Island. Then, the first officer’s mobile phone was detected by a communications tower on Penang. There’s no evidence that a call was made, but that does indicate that the phone was turned on.

If the aircraft is found and the wreckage recovered, investigators will target the flight data recorder and the cockpit voice recorder. If it’s intact, the flight recorder should provide 24 hours of operational information from the jet.

The cockpit recorder is problematic. It operates in a loop of about two hours that records over what has gone before. That would pick up any conversations, or words spoken, in the cockpit in the lead-up to the crash. Even no one in the cockpit was conscious when MH370 made its final dive, the device would still have picked up relevant information such as engines shutting down and alarms sounding as the fuel ran out and the aircraft’s attitude changed.

But there may well be other sources of information in the mobile phones, cameras and other electronic equipment carried by passengers and crew members that might provide evidence of what caused the disaster if they had time to use them.

With little concrete evidence for investigators to work with, the search so far has been based on information painstakingly squeezed from systems that were never intended to find missing aircraft.

As MH370 flew, it automatically received or sent routine signals as “handshakes” with a satellite linked to a ground station in Perth. That system worked independently from others controlled by the crew and was designed to provide data about the state of parts such as the engines. Technicians from Inmarsat discovered the signals and realised that the jet must have flown on for hours. Two satellite phone calls made to MH370 had gone unanswered, but analysis of the signals indicated that the jet was heading south.

With almost nothing else to go on, scientists from the Defence Science and Technology Group were left to calculate the time it took for the signals to travel between the aircraft and the satellite, and hence to work out where MH370 was at that time. Two signals from the aircraft were different. One came early on, when the satellite communications system came back to life after a period of silence. And then, after the six-hourly “handshakes” came a signal which was out of sequence and, again, seemed to be the result of a power failure to the satellite communications system. The investigators believe that happened at 0819 (Western Asutalian time) on March 9, after the aircraft ran out of fuel and the two giant engines flamed out—the left engine first and the right up to 15 minutes later.

Simulations by Boeing indicate that once the engines lost power, MH370 would likely have slowed and lost lift. Its nose would have dropped and it would have descended in a “phugoid” motion in a series of swoops. It’s likely that the jet fell very fast—up to 25,000 feet a minute.

As it gathered speed, it would gain lift and climb again. As that speed fell off, its nose would have dropped rapidly once more and the aircraft would have done another steep dive. That process is likely to have been repeated until it hit the water, probably with one wing down, according to Boeing. The impact would have been catastrophic. The discovery of ­pieces of the aircraft’s interior indicates that it broke up on impact.

Examination of a crucial piece of wreckage confirms that when MH370 slammed into the ocean, a wing flap was in a “cruise” position and not lowered for a landing as it would have been had there been a pilot at the controls. The flap was likely torn from the jet as it hit the water and drifted for more than a year to the coast of Tanzania in East Africa. It was part of the right wing ­positioned next to another control surface known as a flaperon, which washed up on Réunion Island.

The new search area lies along the seventh of a series of arcs calculated from the satellite signals. It was one of the first areas covered but the view now is that search wasn’t wide enough and should be expanded by about 25 nautical miles on each side of the arc. Based on costs so far, the fresh search is likely to cost up to $50 million.

Brendan Nicholson is defence editor of The Strategist.