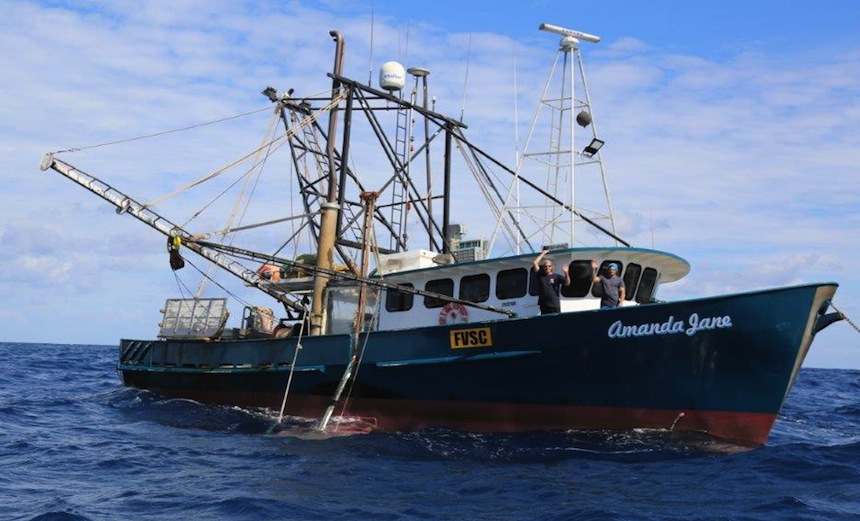 On a wild and windy January night, 10 nautical miles southeast of Cape Moreton, Queensland, Australia, the skipper of prawn trawler Amanda Jane answered a call from an unknown number.

Cameron Courtman had spent the last 30 years of his life on boats, witnessing the beauty and at times, brutality, of the ocean. But all his years out on the water did not prepare him for that call.

On the other end of the line was Nathan Johnson, a Senior Search and Rescue Officer at the Australian Maritime Safety Authority (AMSA) Response Centre (ARC), based in Canberra.

Nathan relayed the situation to Cameron. A light plane with two people on board, a husband and wife, had reported a mayday around sunset as they flew over Moreton Island on a sightseeing tour from Caloundra that afternoon.

Attempts to contact the husband – the pilot for this journey – by Brisbane Air Traffic Control and AMSA had failed, with nothing but radio silence from the light plane.

Flight tracking technology revealed the plane had plummeted moments before it disappeared from radar. AMSA launched a search and rescue operation.

More help was needed and the clock was ticking. A monster storm that had just lashed Brisbane City was making its way towards the search area as well. The swell was picking-up and last light was fading.

“I was sitting in the wheelhouse getting ready for the night’s work when I got the call,” Cameron recalled.

“I got the anchor up straight away and started steaming toward the search area while I was still on the phone.”

Amanda Jane was one of seven trawlers that answered the call for help from AMSA that night, upholding the oldest seafaring tradition – coming to the aid of those in need.

“I was tracking the other boats on automatic identification system,” Cameron said, adding that he knew he could always rely on the other trawler crews for help in tough times, just like that fateful January night.

“You’ve got no-one else out here, we always rely on each other,” he said. “Once I had a crew member fall off the board sled and into the water. I got on the radio straight away and all my mates who were around came steaming. We got him back.”

Side by side with the other trawlers, Cameron and his crew of two deckhands searched into the night. At about 20:00, they began to spot debris. The plane had impacted the water, there was no doubt about it.

While their hearts sank at the tragic outcome of the plane crash, search and rescue crews became single-minded in their efforts to locate the wreckage of the plane and hopefully recover the bodies of the couple. While it wouldn’t bring them back, it would at least give closure to their family.

Search operations for the couple continued until the following afternoon. The sheer amount of debris recovered by the trawlers and by search and rescue parties along Moreton Island left no doubt in anyone’s mind. The crash was not survivable.

Several days later, police located the wreckage of the plane, resting on the seafloor 36 metres under the surface, near Flinders Reef.

Uniting for a common purpose

Back in the ARC and months later, Nathan reflects on that night and the willingness of the trawler fleet to respond to the emergency.

“They didn’t hesitate to put aside their night’s work – their income – to help with the search. Cameron even provided us with the contact details of the other trawlers in the area to maximise resources out on the water,” Nathan said.

“There was a large weather system coming through the area that was going to severely limit our ability to search with aircraft safely. We needed more assets that could weather the storm,” he said.

“These trawler crews know those waters like the back of their hands. They know their vessels, they work that area and they were invaluable during the search and rescue.” 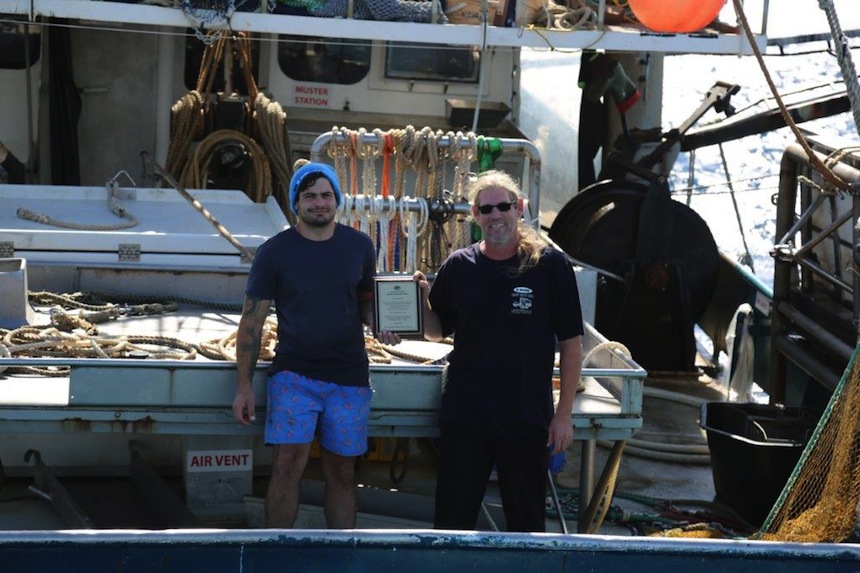 Despite the tragic outcome of the plane crash, Nathan said it was heartening to see all the search and rescue crews – from the volunteer marine rescue and coastguard boats, to the police, helicopters and trawler men – uniting for a common purpose.

“We do this job to help people and that motivation was mirrored in the willingness of the many crews who helped that night,” Nathan said.

“It’s the unwritten rules of the sea that also speaks so clearly to our culture of mateship here in Australia. You help those in need, no questions asked.

“We take our strength from the good days and that carries us through the bad ones.”