Designed by New Zealand’s Naiad Design and built by Yamba Welding and Engineering (YWE), two companies under The Whiskey Project Group, the boat is named Bungaree in honour of a famed explorer and community leader of the early nineteenth century who is perhaps best known for being the first Aboriginal person to circumnavigate Australia.

The new SAR boat has an aluminium hull, an LOA of 7.5 metres, a beam of 2.87 metres, space for six people including crewmembers, and two Suzuki 130kW outboard engines that deliver a maximum speed of 40 knots and a range of 211 nautical miles at a cruising speed of 22 knots. Fuel is fed from a 400-litre tank while a wrap-around railing protects the outboards against possible impact damage as the RIB manoeuvres in more restrictive waters.

A split console allows the crew to easily and safely move from the rear to the front of the vessel without needing to walk along the collars. The layout offers increased safety of movement around the boat and maximises the working areas by allowing more productive use of the fore deck, such as when transporting rescued survivors to shore.

The bow can be lowered to enable the craft to beach itself when rescuing stranded individuals. This feature was one of the design inputs submitted by Marine Rescue NSW volunteers as the new boat was taking shape.

Shock-mitigating seats are available for the coxswain and one other crewmember. There is also storage space for a defibrillating kit and other lifesaving equipment.

Bungaree will be operated by the Marine Rescue NSW unit primarily responsible for Broken Bay and Pittwater. It will operate alongside an existing 10-metre Naiad boat.

The purchase of the new RIB was made possible by a AU$37 million (US$24 million) funding allocation by the New South Wales government to upgrade Marine Rescue NSW’s vessel fleet and support facilities. 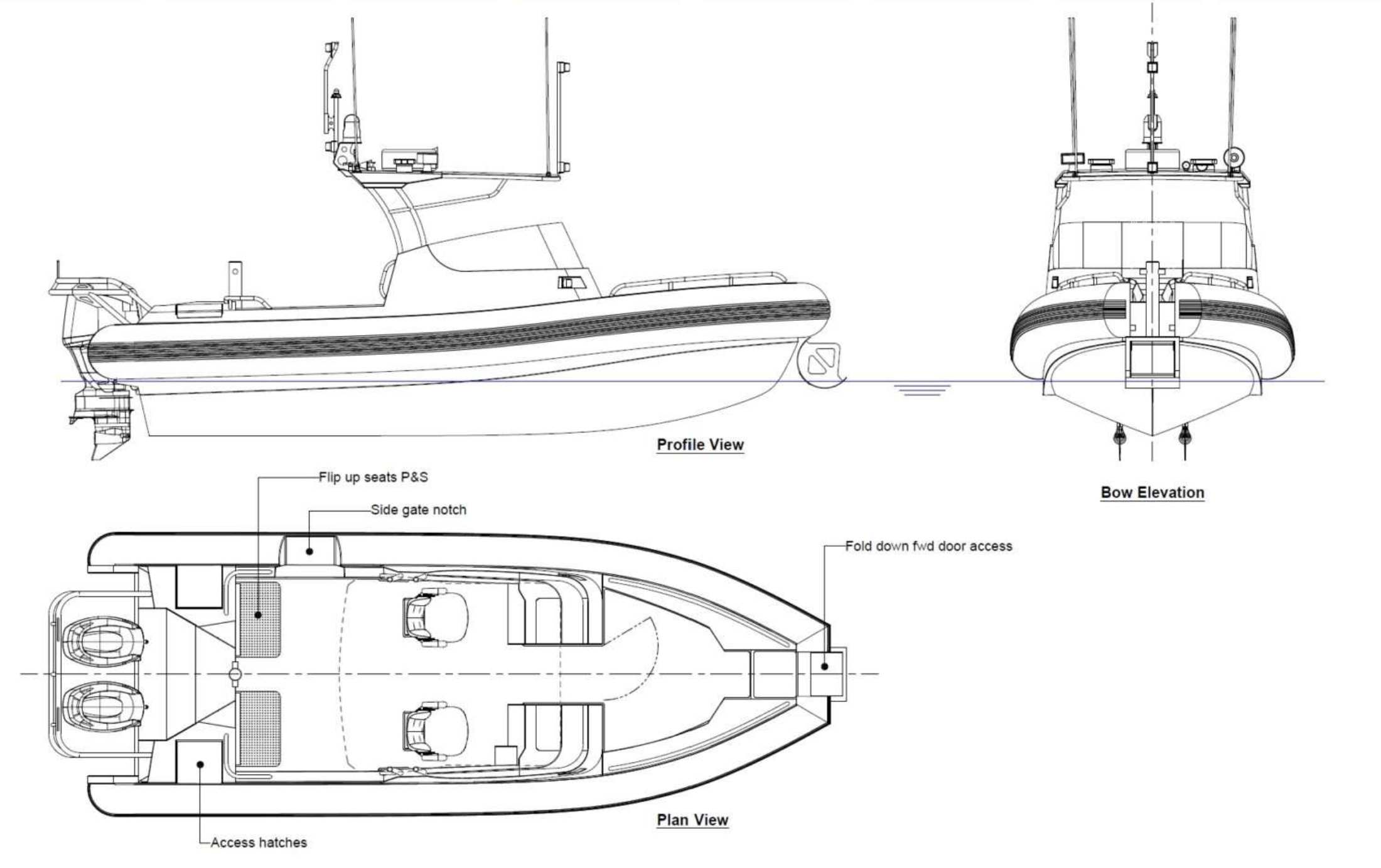