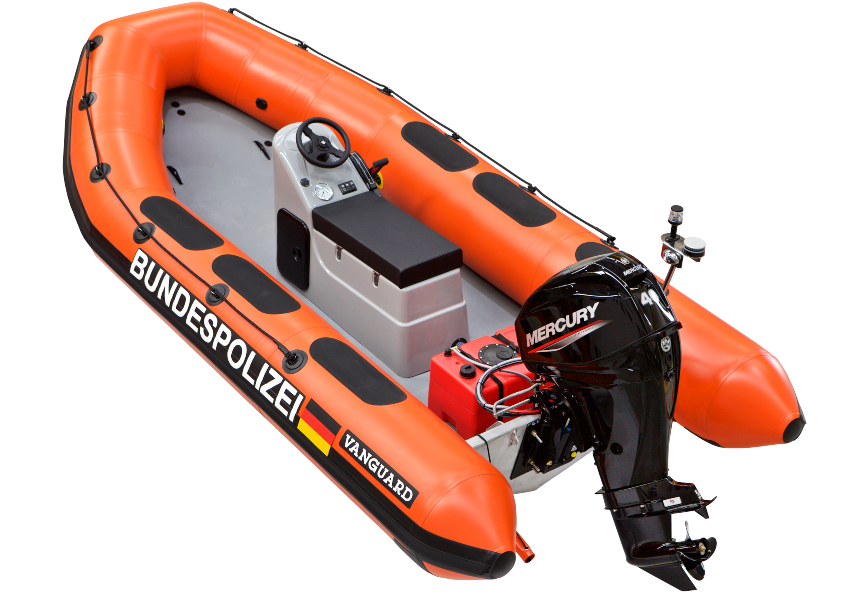 Each boat has an LOA of 4.2 metres, a beam of 2.03 metres, seating for up to six people, and one Mercury 29kW outboard engine.