Written by Baird Maritime on January 24, 2019. Posted in RIBs and RHIBs, Search and Rescue. 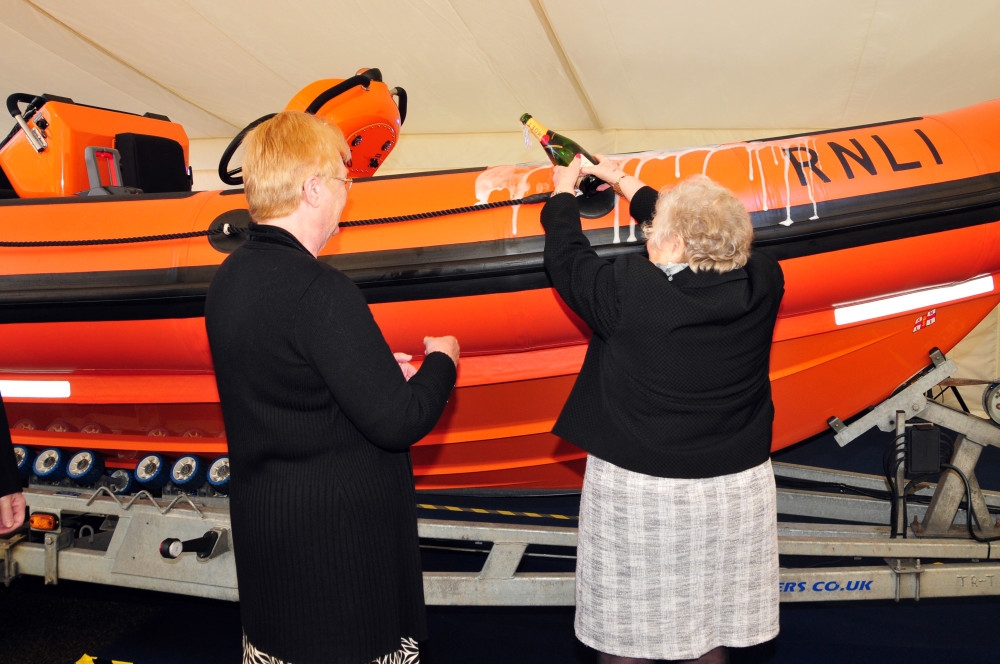 A naming ceremony was held on Tuesday, January 22, for the fifth Royal National Lifeboat Institution (RNLI) vessel to be funded by donations from guests of the Fred. Olsen Cruise Lines fleet.

The lifeboat, an 8.44-metre rigid inflatable boat (RIB) built at the RNLI’s inshore lifeboat production facility on the Isle of Wight, has been named Pride of Fred. Olsen.