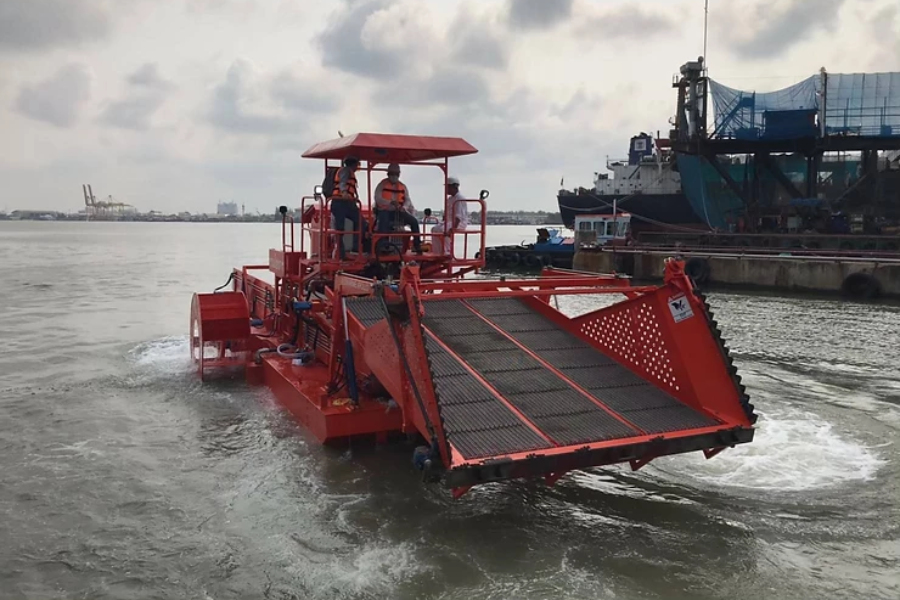 The Department of Public Works and Town and Country Planning (DPT), the agency of the Thai Government that manages urban planning and other civil infrastructure projects, recently took delivery of two new watercraft that will perform weed control duties on some of the country’s rivers.

Built by local shipyard Asimar, the all-aluminium monohull vessels will be deployed along rivers in the provinces of Suphan Buri, Nakhon Pathom, and Ratchaburi. Specifically, the vessels will be operated in areas in these three provinces that have become inundated with free-floating water hyacinth, which severely impedes the flow of marine traffic as well as inhibits the growth of other aquatic organisms by depriving them of essential nutrients.

“The DPT required that the boats be made of aluminium instead of steel as was the case with their predecessors,” Asimar told Baird Maritime. “The onboard electronics and the array of deck equipment also needed to be kept as simple as possible, since the vessels are slated to operate every day from mid-morning to late afternoon, recovering water hyacinth and other vegetation and bringing them to shore for disposal.”

The newbuilds each have a length of 14 metres, a beam of 5.63 metres, a moulded depth of 0.85 metres, a maximum draught of 0.6 metres, and a total cargo capacity of approximately five tonnes. The significant cargo capacity allows the boats to make fewer return trips to shore to offload any recovered vegetation, and this will translate into reduced fuel consumption over time.

The vessels are each powered by a Yanmar main diesel engine with a rated output of 62 kW at 2,500 rpm. The engine drives a hydraulic motor connected to two 1.2-metre aluminium paddle wheels fitted on either side amidships. Paddle wheels with independent drives were used for the propulsion units instead of traditional stern-mounted propellers to help maintain the vessels’ shallow draught and to free up aft space for additional weed-collecting equipment. The hydraulic system also comes equipped with a heat exchanger system. 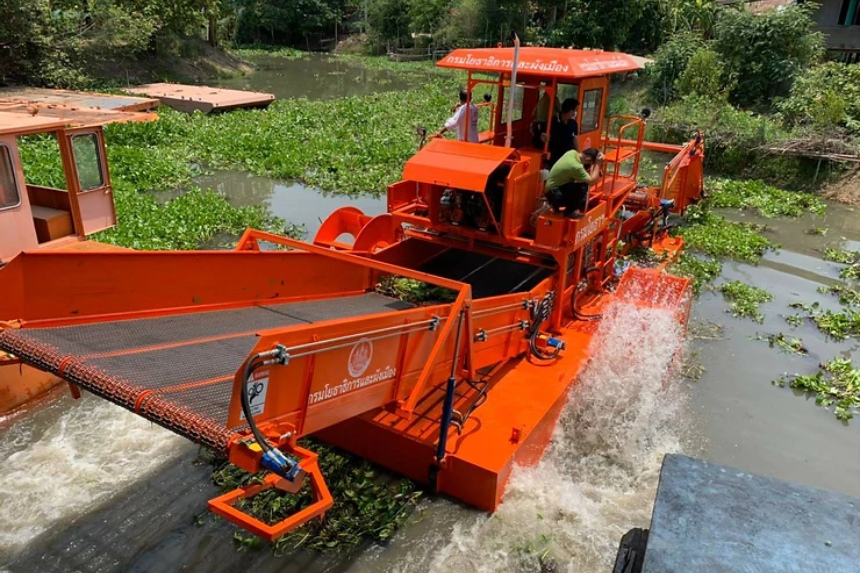 “The main challenge we faced was in developing a vessel design that can recover water hyacinth and offload them at the shore more efficiently. We addressed this by incorporating three conveyor belts made of heavy-duty stainless steel and fitting them on the bow, the stern, and amidships.”

This unique arrangement promotes flexibility, as it provides each boat with effective all-around coverage so that vegetation can be collected from the surface of the river even without the operator having to orient the bow in a specific direction.

The other deck equipment includes four lifting pads, four bollards, and a high-pressure water pump for cleaning the conveyor belts in between operations. In keeping with the requirement for a simplified electronics setup, the vessels are each equipped with a GPS and a 245MHz radio.

Asimar emphasised that each vessel was designed to be highly efficient so that operations can be effectively carried out by only one crewmember, though this individual also needs to be certified in the operation of the propulsion arrangement, the hydraulic system, and other equipment.

“Our work on these unique craft drove home the point that every design process needs to be a collaborative effort between us and our equipment suppliers,” Asimar told Baird Maritime, “so now we have a better understanding of the entire value chain and of the importance of upstream service levels.

The builder said that, in addition to reducing the risk of misinterpretation, this enables the company to inform its partners of what the customer’s requirements are.

“In the end, this approach helped us carefully evaluate and identify the level of quality that we needed, and so we were able to determine which among the many potential suppliers are those that can effectively deliver.” 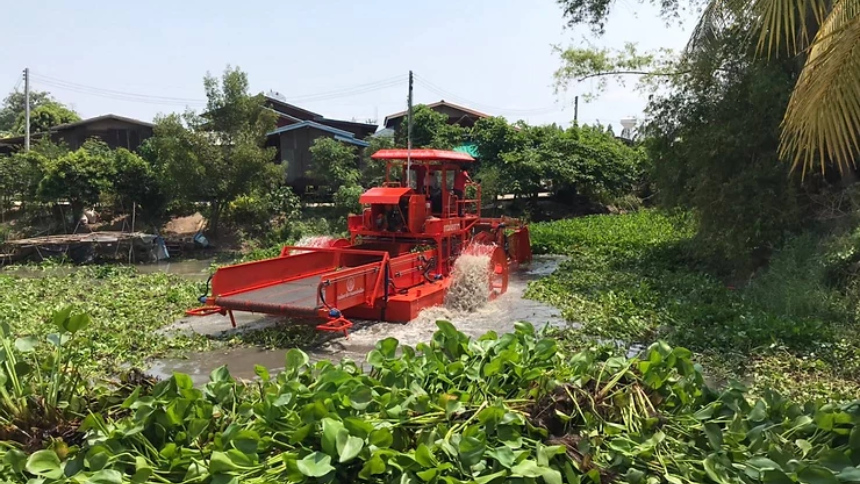 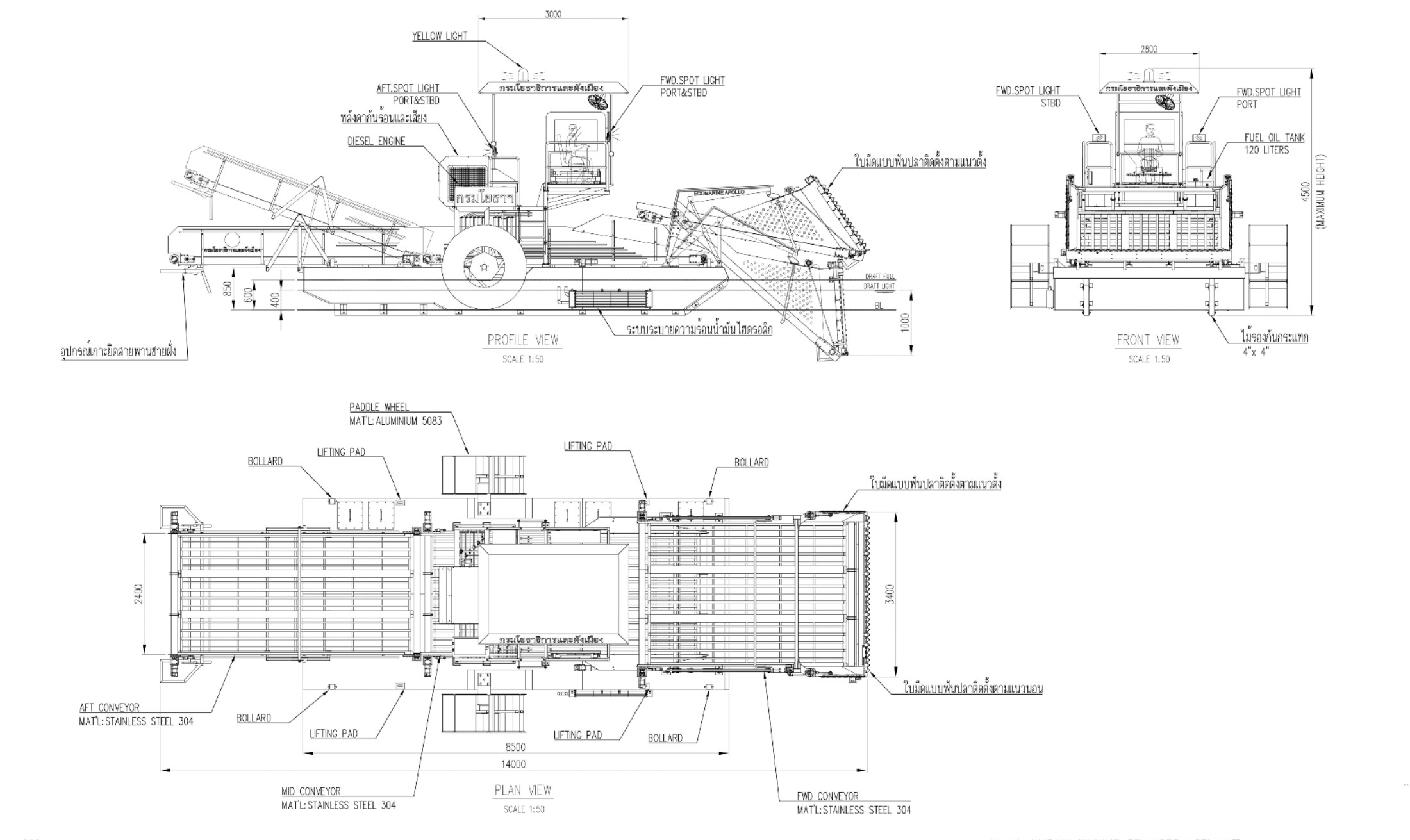