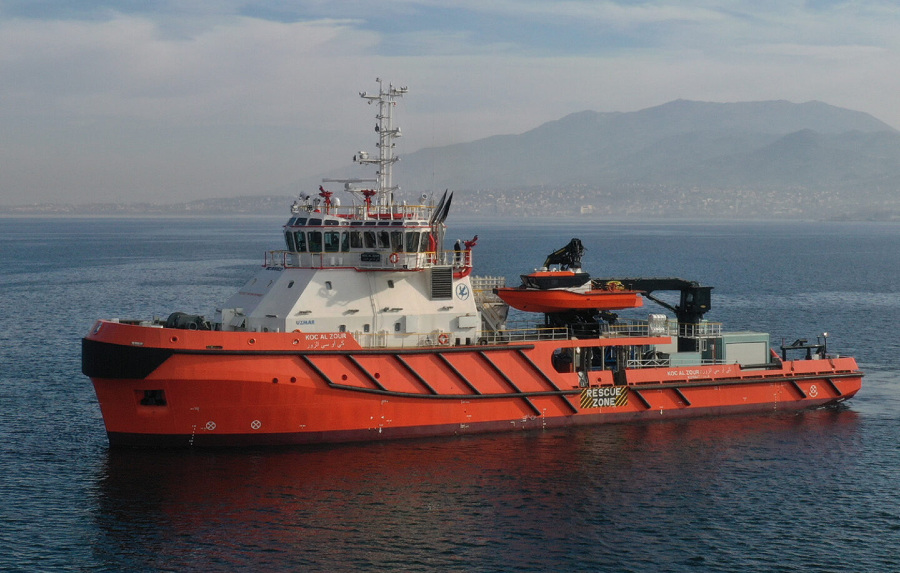 The newbuild, which has been named KOC Al Zour after a region within Southern Kuwait, was developed by Canadian naval architects Robert Allan Ltd (RAL) as the first in a new series of vessels that are derived from one of the company’s existing modern double ASD offshore tug designs. The first steel for the new vessel was cut in September 2019 and construction was completed by early 2021. 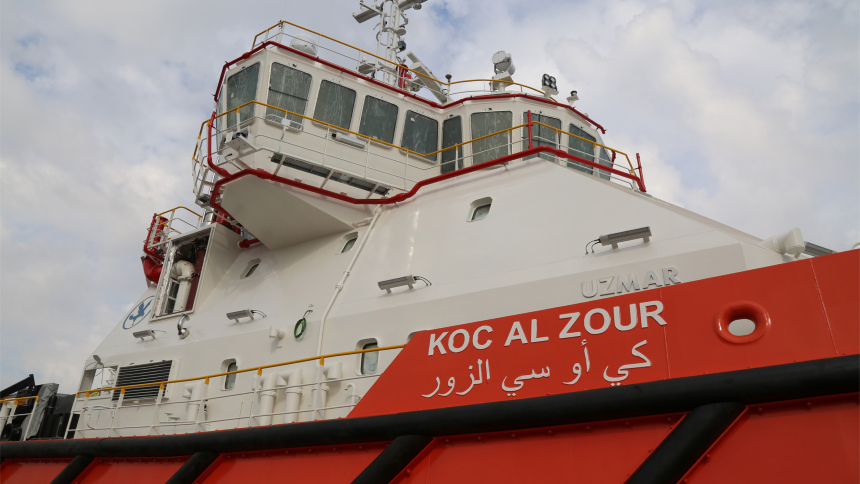 KOC Al Zour, which both RAL and Uzmar have claimed is the largest vessel of its kind ever to be built in Turkey, was designed in accordance to Lloyd’s Register class rules to be completely outfitted and equipped to undertake oil spill containment and recovery as well as secondary duties that include area surveillance, offshore firefighting, back flush capabilities, logistics supply duties, towing services, general offshore support services, search and rescue, and other related duties. The vessel is intended for operation in international waters as well as within the waters of the Persian Gulf within Kuwait’s exclusive economic zone.

The vessel has dynamic positioning capability and is equipped to carry out recovery, storage, and transfer of recovered oil to barges and/or shore facilities in support of KPC’s oil refinery activities near the Persian Gulf. The comprehensive suite of oil spill response equipment includes a dedicated tank for storing up to 750 cubic metres of recovered oil, a skimmer mounted on a Heila telescopic marine crane with two specialised heads – enabling the vessel to deal with both high-viscosity and low-viscosity oil – and a flow rate of 250 cubic metres per hour, and two spray booms each equipped with nine nozzles and capable of discharging chemical dispersant at a rate of 125 litres per minute. 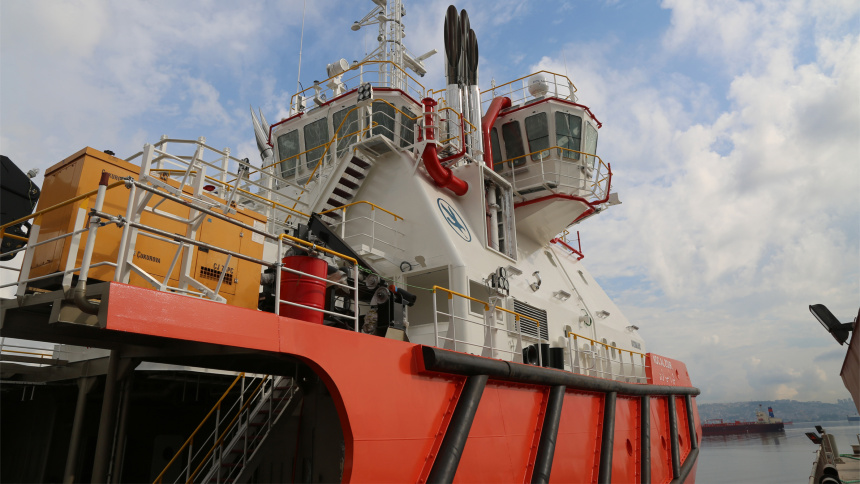 The vessel is also designed to be on stand-by at sea for long periods of time. The hull shape and the optimised location of the anti-roll tanks provide improved seakeeping ability under a wide range of operating conditions, ensuring that the vessel is able to provide adequate oil spill and emergency response at all times.

Power for the onboard systems is drawn from a trio of Yanmar generators that each produce 750 ekW. The wheelhouse features two roof-mounted foam/water firefighting monitors with water supplied via a 2,400m³/h pump and foam sourced from a 7,200-litre tank. The wheelhouse also has improved all-round visibility to provide the bridge crew with an unobstructed view of the array of oil spill recovery equipment on the vessel’s aft deck.

KOC Al Zour‘s size enables it to easily accommodate a crew of 20 and to sustain them during extended operating periods far from shore. There is also onboard space for a small fast tender and a self-propelled rescue boat as well as davits for their launch and recovery. 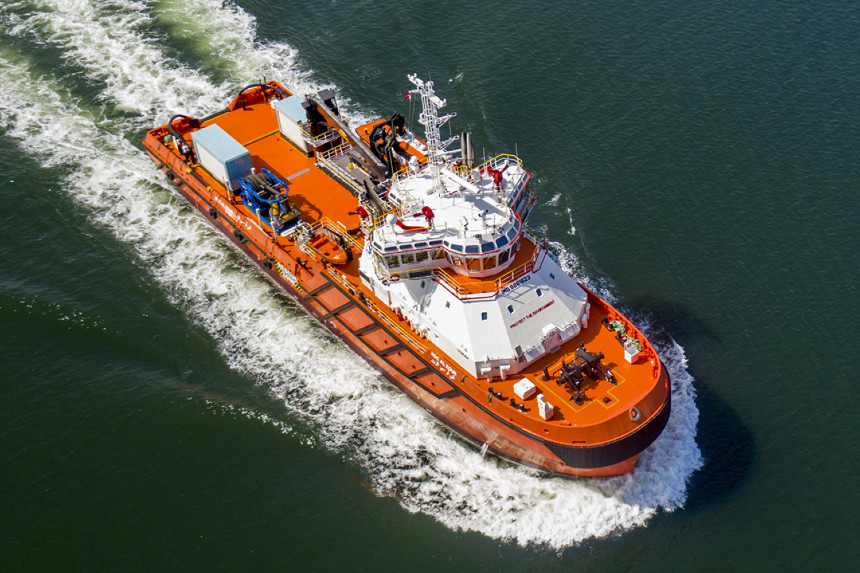 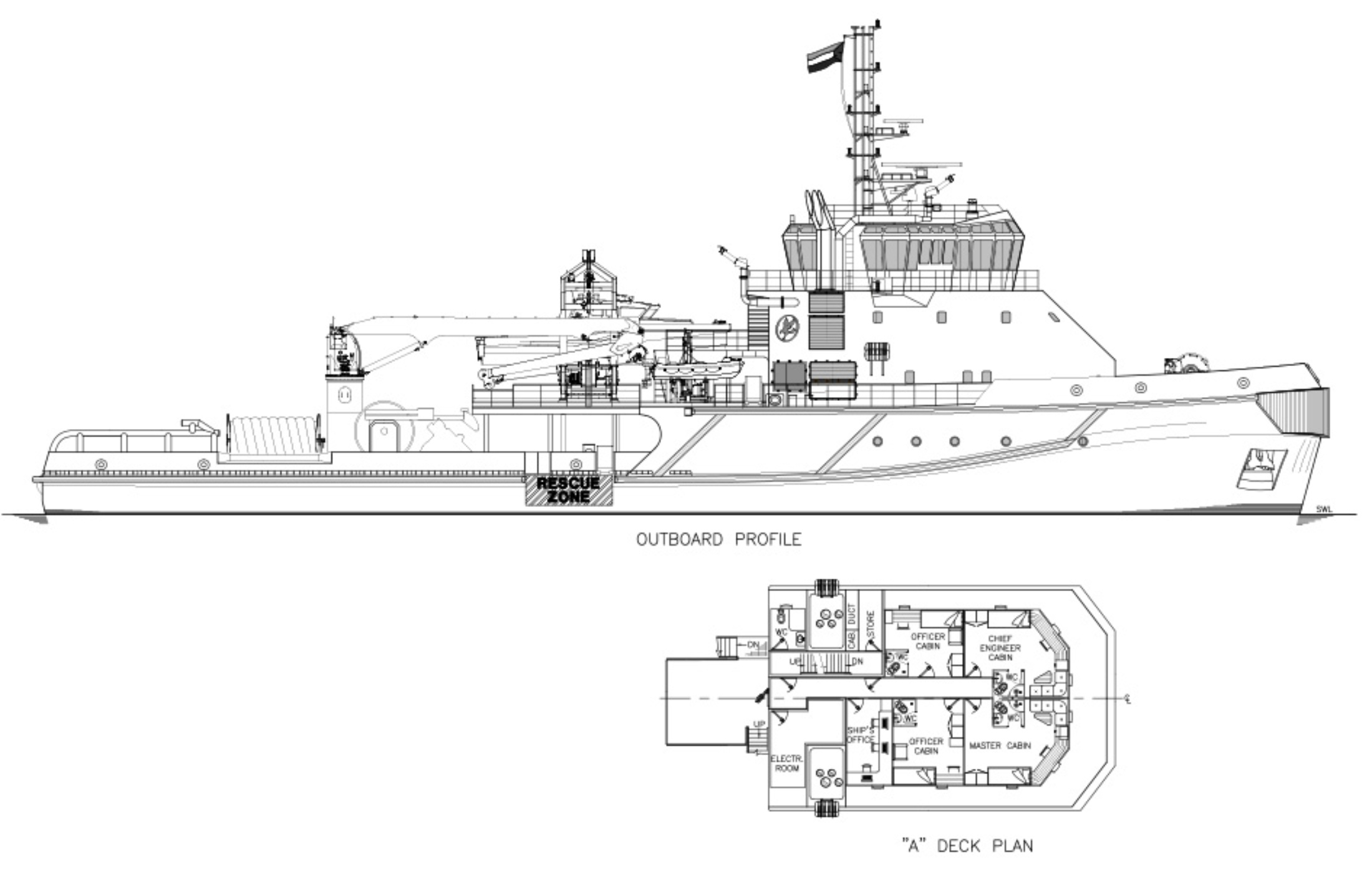 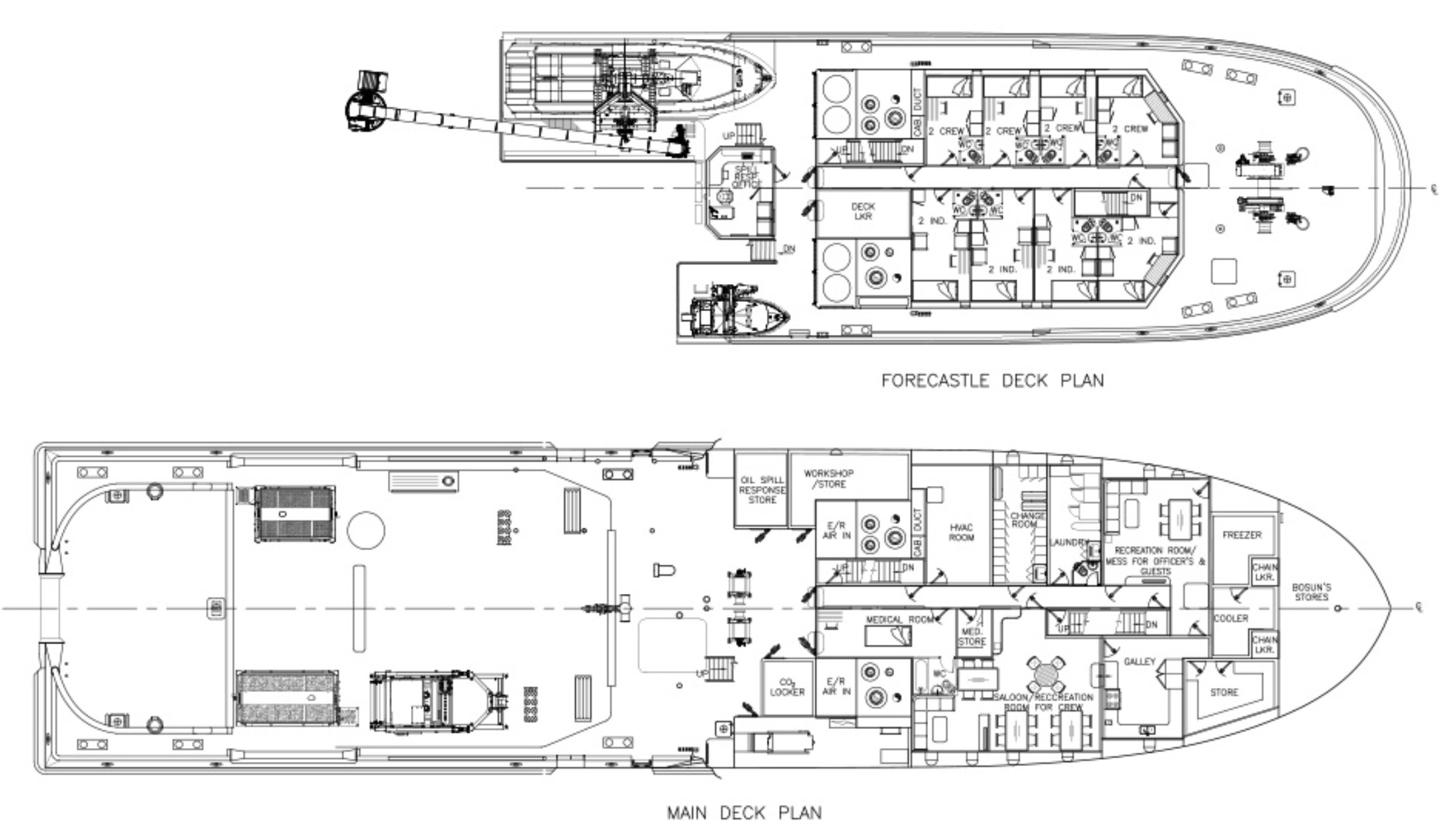