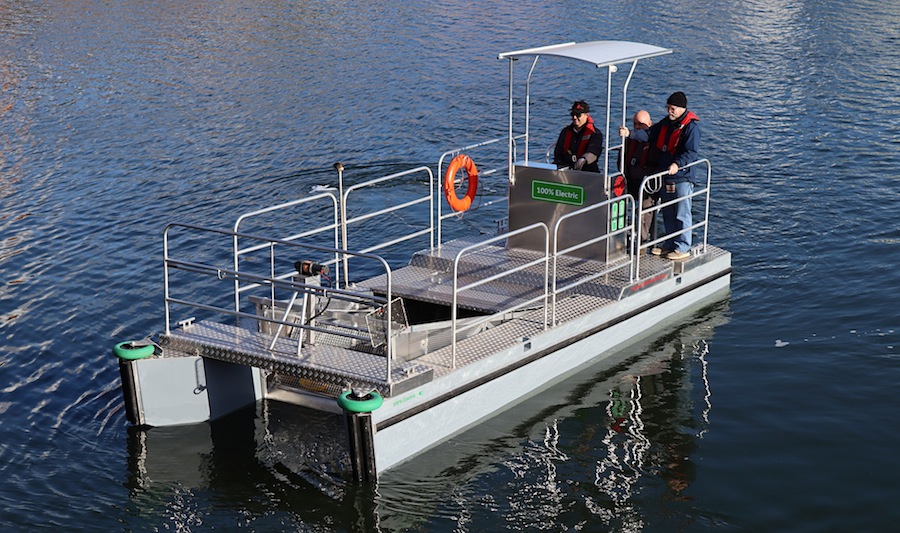 Fighting ocean plastic pollution and cleaning up the world’s waterways is big news and a British company has launched what it believes is the world’s first zero emission litter and debris collection vessel.

The prototype was designed for operation in ports and marinas, lakes, rivers and near-shore waters, in waves of up to two metres.

UK-based Water Witch has been building pollution control workboats for this purpose for decades, but its newest innovation means that for the first time waterway maintenance and debris retrieval can be zero-emission as well as cost-effective. This has been made possible by the rapid improvement in electric boat drives over the past few years, which now give the range and durability required for this type of work.

Although the company built an electric drive version of the model several years ago for cleaning up the canals in Amsterdam, the system was based on a pod drive rather than an outboard configuration. Water Witch wanted to find a direct replacement to the four-stroke engine to avoid any costly design modifications and to maintain ease of transportation. 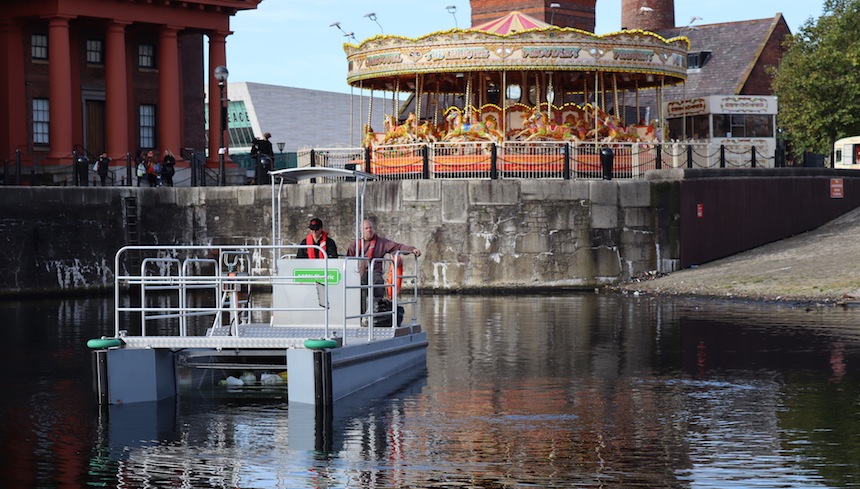 The propulsion system for the boat consists of the Torqeedo Cruise 10 outboard motor, two Torqeedo Power 48 lithium-ion batteries and cockpit control panel, which gives the operator an at-a-glance view of system status, including range at current speed.

Performance increases in battery technology, with 70 per cent lower volume and weight than comparable batteries, mean that trim and stability is not affected and overall vessel weight is kept low for easy shipping and trailering.

The system is designed to ship in a standard 40-foot container. It features a unique bolt together hull assembly to enable this, and no more than four labour hours to assemble once unloaded using no specialist tools. A custom-built road trailer allows for rapid deployment between sites.

Although the vessel’s main function is retrieving plastic litter, debris and aquatic vegetation, the design also includes a range of “pods” that sit between the hulls. Thus, the boat is extremely adaptable for a wide range of applications for port and harbour operators, ranging from fast response pollution control needs, to mobile pump out and general maintenance support. Example pods include cargo carrying, lifting frame, and litter skimmer. 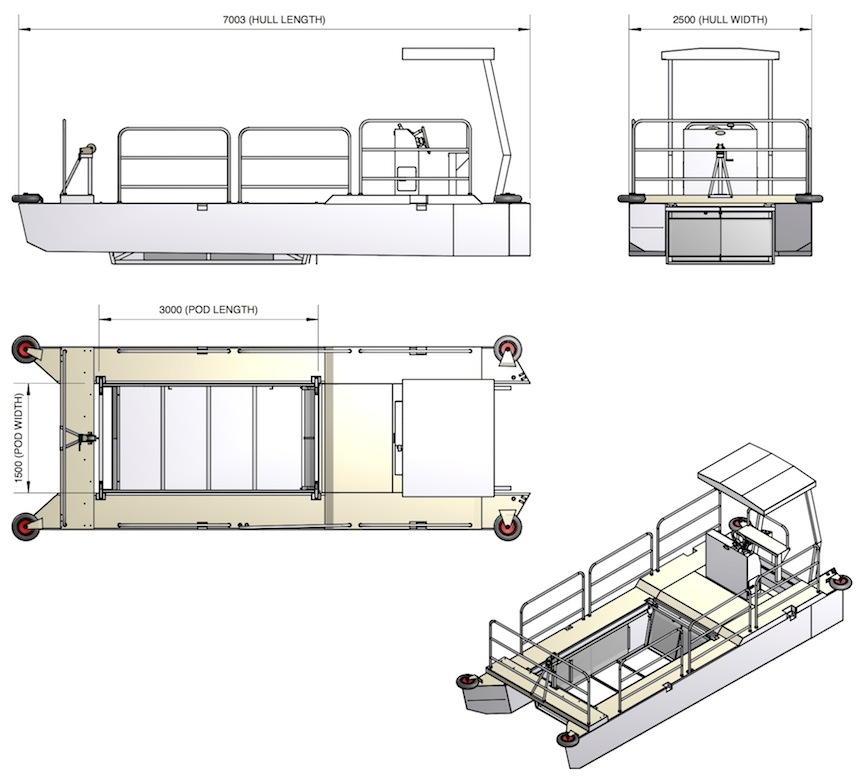