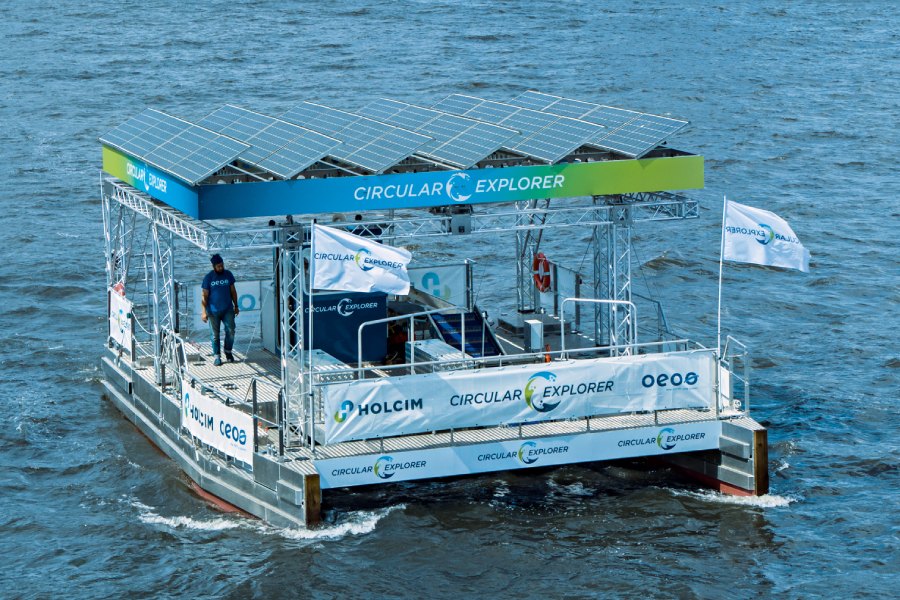 Circular Explorer is of all-aluminium construction with two hulls, crossheads, a wheelhouse, a conveyor belt, a 360-degree turnable, and a tiltable solar roof with more than 60 square metres of solar panel surface area. The vessel and all its components are modular demountable and therefore suitable for long-distance transport via standard cargo container. Many of the materials used in its construction were supplied by Holcim, which is also a co-owner along with OEOO.

“The brief was to design and build a modular vessel that is deployable worldwide in coastal areas with the mission to collect and pre-sort plastic waste from the oceans,” Holcim told Baird Maritime. “The requirement for the propulsion system was to install electrical main engines with batteries and solar panels.”

The craft was developed to be a modern catamaran optimised for collecting marine litter as well as serving as a scientific and educational platform to help raise awareness on marine pollution. During cleanup operations, the conveyor belt is lowered into the water. Plastic waste is then transported up to the boat for manual sorting. Single sort split plastic is recycled for reuse and converted into new products. The remaining plastic that is unable to be recycled will be used as an alternative energy source. 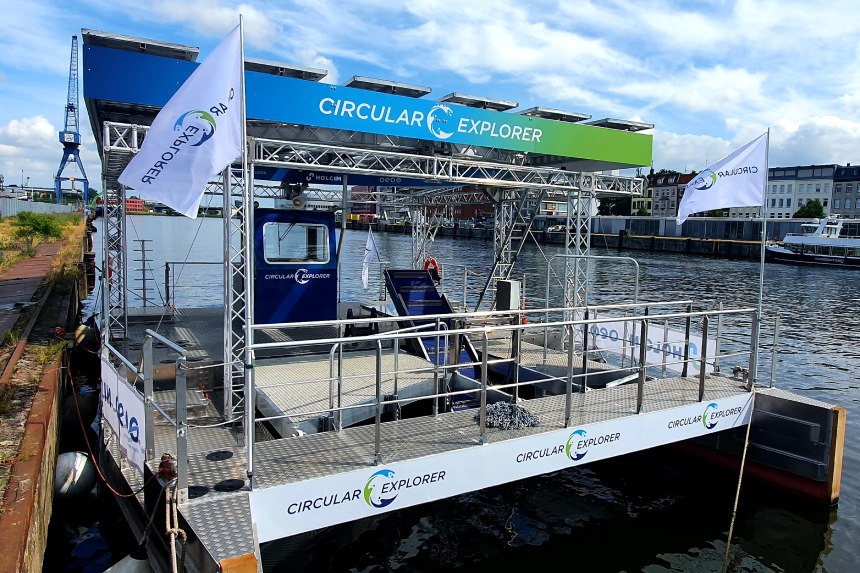 Although they were among the vessel’s more innovative features, the solar panels nonetheless presented some challenges during its construction.

“We needed to design and build a roof with solar panels that can be orientated towards the sun and that at the same time can be disassembled for container transport.”

Holcim added that significant effort was exerted in making sure the craft was both light and efficient enough yet still capable of withstanding harsh sea and weather conditions in its areas of operation. Fortunately, the project team succeeded, and the end result is a highly versatile craft that is equipped for recovering up to 4,000 kilograms of plastic waste in one day.

The vessel’s propulsion setup consists of two Torqeedo 50kW electric outboard motors, two BMW i3 40kWh high-voltage batteries, a solar charger, and an intelligent power management system to maximise the vessel’s operating efficiency. The latter allows the craft to utilise just the right amount of power whenever it is in operation, thus prolonging the useful lives of the batteries and the motors. Maximum and cruising speeds are set at nine and 3.5 knots, respectively.

Besides providing propulsive power, the batteries and the solar panels also supply power for the craft’s navigation and communications suite, which consists of GPS, a sounder, a chartplotter, a DSC/radio unit, and two flatscreen displays. All these components were supplied by B&G Sailing Electronics.

“As the craft is a prototype, the entire propulsion system, the programming, and the user interface were developed for this specific vessel, making it truly one of a kind,” Holcim told Baird Maritime.

The craft has an expected service life of 25 years. Also, its aluminium construction means the hull and the superstructure may be recycled and repurposed.

Circular Explorer’s first operational deployment was in the Baltic Sea, where it was used to recover ghost fishing nets. It will then be deployed to its main area of operations in Manila Bay in the Philippines in 2022. 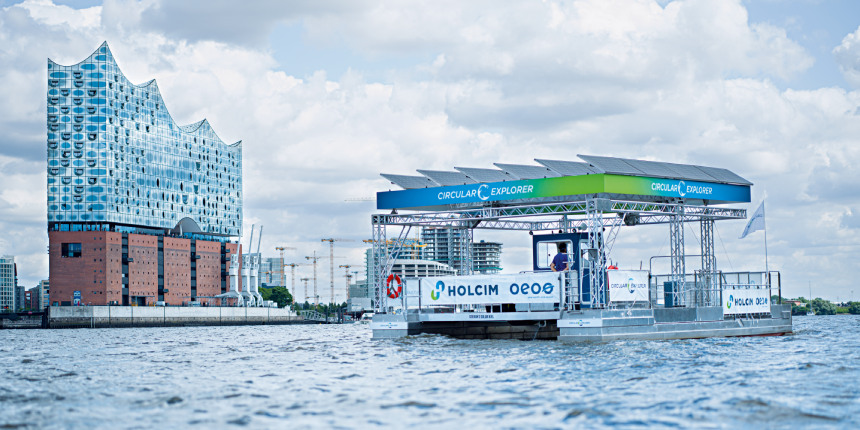