Written by Baird Maritime on February 26, 2018. Posted in Pollution/Rubbish Cleanup. 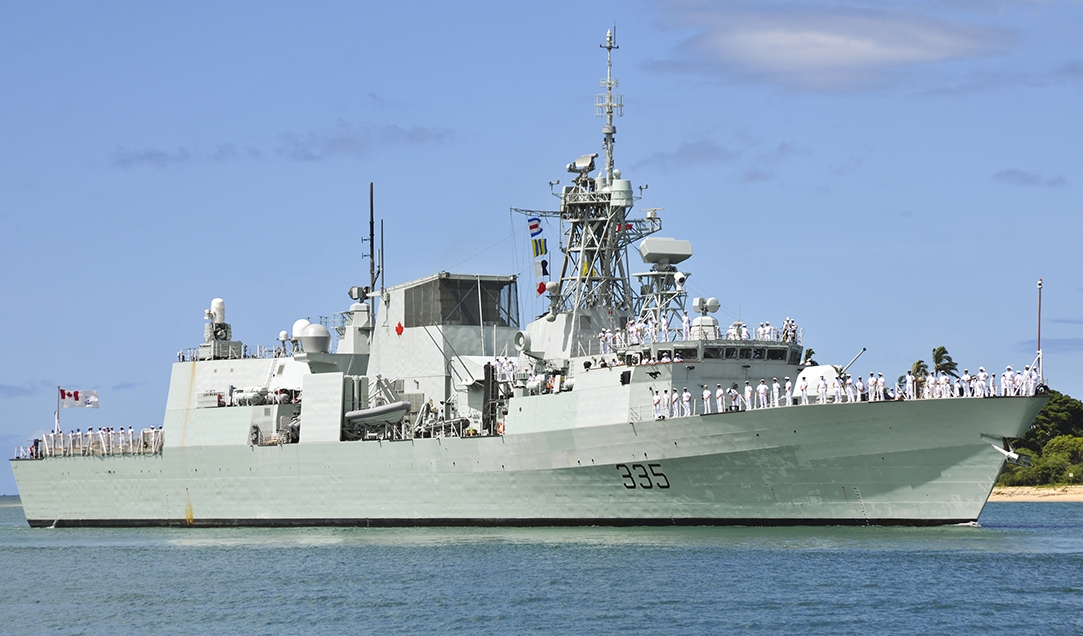 A Canadian environmental response team is responding to a fuel spill off the British Columbia coast.

The Canadian Armed Forces say the Halifax-class patrol frigate HMCS Calgary spilled 30,000 litres of fuel into the Strait of Georgia on Saturday morning.

Globalnews.ca reports the spill involved F-76 fuel, which is similar to kerosene and tends not to affect marine life.

The Commander of the Pacific Fleet of the Royal Canadian Navy, Commodore Buck Zwick, said detailed modelling produced by officials at Environment and Climate Change Canada “indicate a very limited impact” on the shoreline.