Written by Baird Maritime on April 4, 2019. Posted in Pollution/Rubbish Cleanup. 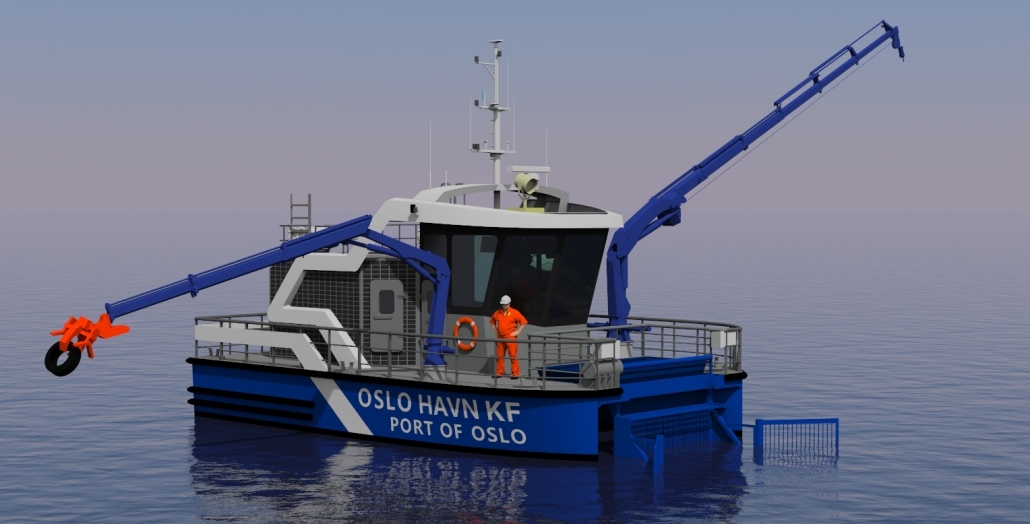 The Port of Oslo has placed an order for a fully electric trash collecting skimmer with local builder Grovfjord Mek Verksted (GMV).

The 12- by 7.5-metre vessel is scheduled to be delivered in December of this year under a NOK23 million (US$2.68 million) contract.

Power for the vessel will be provided by 550kW batteries with a maximum charging time of two hours while the navigation instruments will have their own separate power source in the form of onboard solar panels.

The boat will be able to work in full electric mode for up to five hours before the batteries need to be re-charged.

The new trash skimmer will replace Pelikan, which has been performing rubbish collection duties at the Port of Oslo for over 30 years.