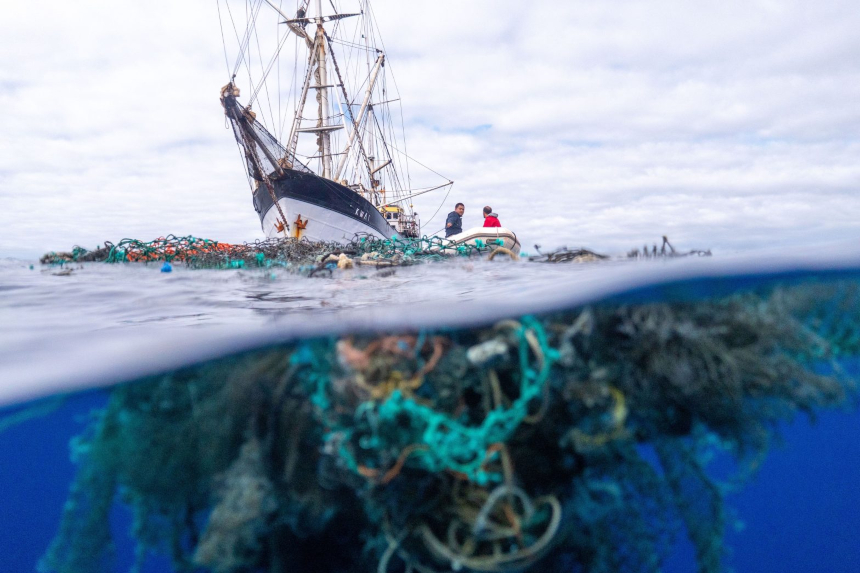 OVI said the rubbish recovered on this expedition was double that of the total recovered during the expedition to the same area the previous year.

OVI will then unload the record haul of ocean debris in Honolulu with assistance from local company Matson in preparation for upcycling and proper disposal.

During the expedition, Kwai‘s crew collected marine plastic pollution with the help of specially-designed GPS trackers, which had been placed on nets by volunteer yachts and ships. Drones, as well as lookouts up on Kwai‘s mast, enabled the rest of the crew to hone in on the debris.

The litter is then recovered and placed in industrial bags for storage in Kwai‘s cargo hold for proper recycling and repurposing at the end of the voyage.

OVI is planning a second voyage to the garbage patch to continue clean-up of the area. Kwai is expected to depart Honolulu on this new voyage by early July.