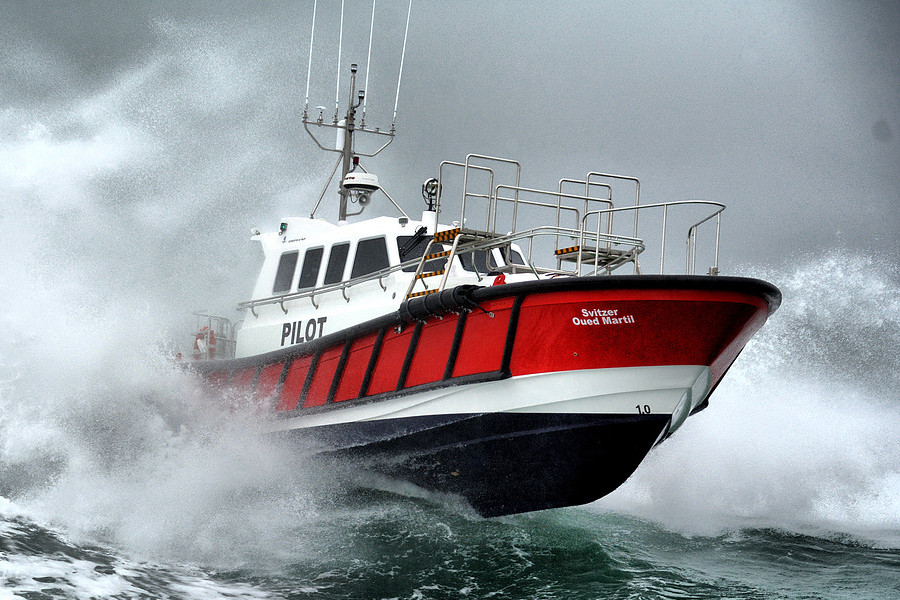 Irish builder Safehaven Marine recently handed over a new pilot boat to Svitzer for its operations at the Port of Tanger Med on the Strait of Gibraltar east of Tangier, Morocco.

Named after the town of Martil in the Tanger-Tetouan-Al Hoceima region in northern Morocco, Svitzer Oued Martil is the third pilot boat in a series to be built by Safehaven for use by Svitzer’s Moroccan subsidiary, Svitzer Tanger Med, in Tangier. Like its two earlier sisters, the newbuild possesses both all-weather and self-righting capability, the latter capability being made possible thanks to four separate watertight compartments installed in the hull.

The vessel is powered by a pair of Volvo D13 372kW engines with ZF gearboxes and a conventional shaft drive, ensuring an operational speed of 25 knots. 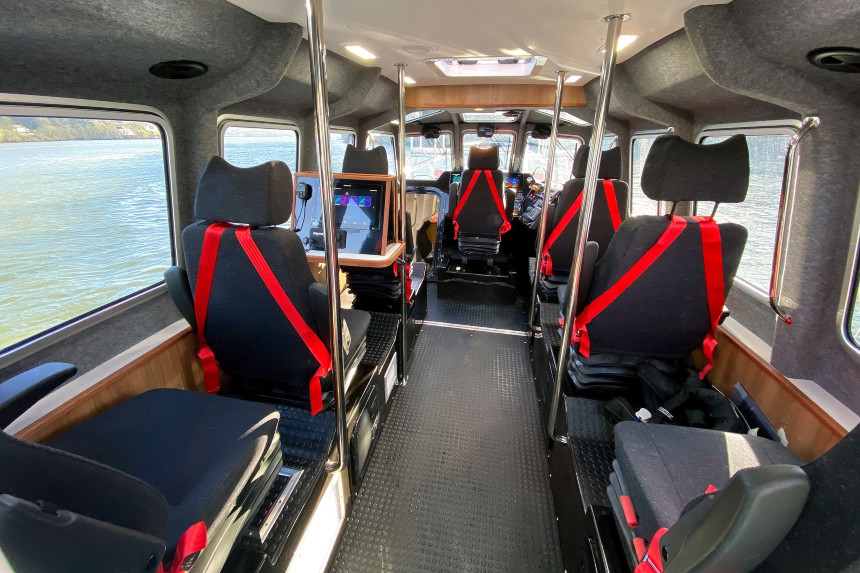 The pilothouse has KAB suspension seating for up to seven people including the operator while seating for an additional five people is available in the spacious forward cabin, which also contains a navigation display and VHF radio. The main cabin interior is made more comfortable by the installation of a 27,000btu air-conditioning unit with 5kW inverter. 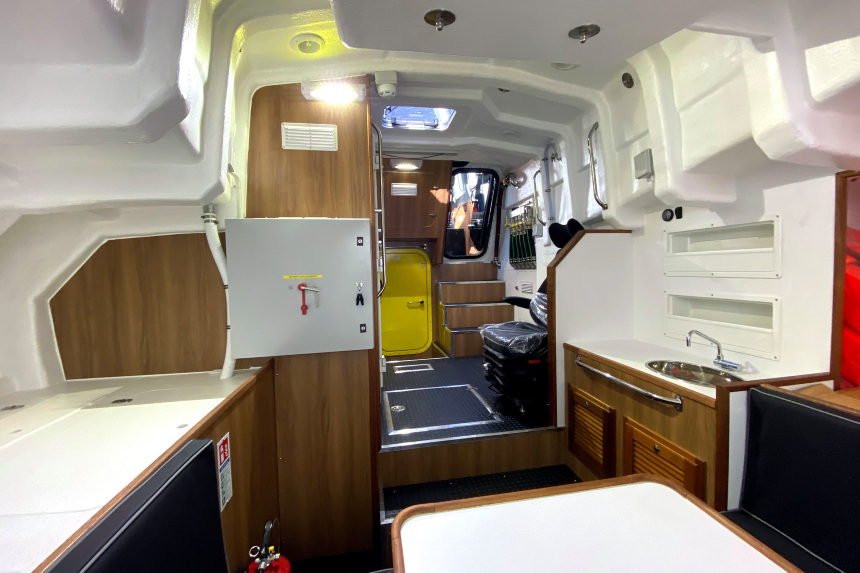 The boat facilitates pilot transfers via a sliding platform with an adjustable reach boarding ladder. The platform can be elevated approximately 1.2 metres above deck, making the craft capable of transfers to and from the ships of varying heights and sizes that call at Tanger Med.

The platform is designed to be accessed from the opposing side for boarding, with the pilot able to transverse quickly and safely across the foredeck. The distance from the ship’s side to the boarding platform itself is adjustable in three stages, and can be set to suit the sea state and according likely roll of the vessel. As such it can be extended out for calm seas, set at an intermediary position, or fully retracted in rough conditions to reduce the risk of the platform edge impacting the ship’s side.

The adjustability also allows for protrusions such as belting along a ship’s side to be taken into account.

The platform is manually adjustable, easily and quickly by a simple stainless steel guide roller/rail arrangement and locking mechanism. It also incorporates a “fail safe” feature, ensuring the sliding platform section cannot detach from the base. The position of the platform can be set prior to departing or just in advance of the manoeuvre, once the boarding conditions have been assessed. 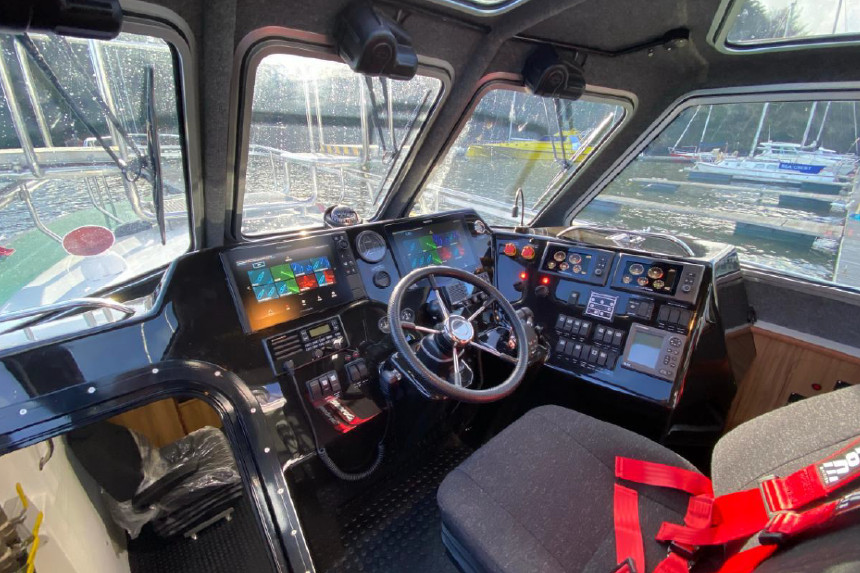 A full suite of Raymarine electronics is installed at the central helm position, which provides excellent all round visibility and control of the craft when undertaking alongside ship pilot transfers. All navigational screens and instrumentation are easily viewable and accessible from the central helm position, ensuring that operators can remain seated and at the controls while underway and during transfers.

Fitted with Safehaven’s sacrificial shoulder fender system, protecting the main boarding area and cushioning the inevitable hard impact that can occur in poor conditions, the larger fender also facilitates a gap for the ship’s boarding ladder to lie when alongside without getting trapped. 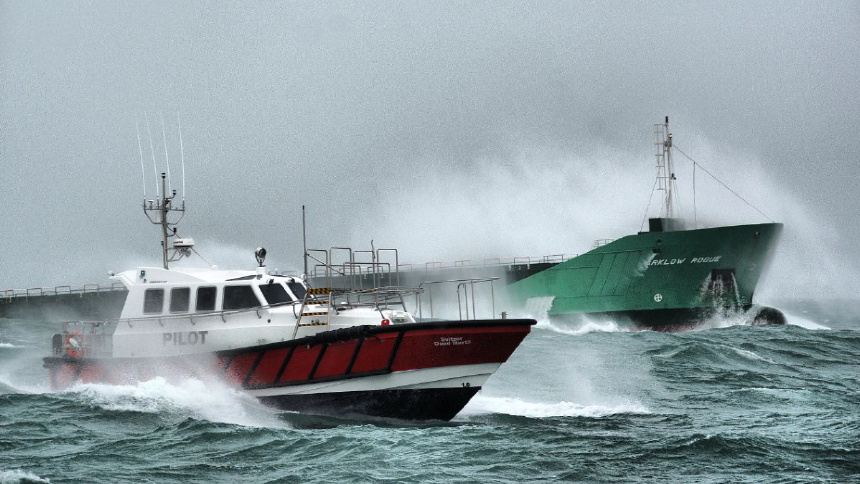