A new semi-displacement catamaran pilot and escort boat was recently handed over to the US National Park Service (NPS) for use in the Glacier Bay National Park and Preserve in southeastern Alaska. Named Serac, the vessel was built to a design developed by Canadian naval architects Jutson Marine to be capable of performing not only pilot transfers to and from the cruise ships that sail through the park’s waters, but crew and cargo transfer duties as well.

“This is our second time to use a semi-displacement hull form for a pilot boat and it represents a growing trend away from the traditional monohull designs used for pilotage,” Jutson Marine told Baird Maritime. “The hull is an outgrowth of our moulded hull form developed in Australia in the 1990s and is optimised for efficient construction in alloy.”

Jutson added that the NPS required a vessel that was designed for park waters where restrictions exist for both speed and wake and transit distances are relatively short at only around 15 to 20 nautical miles at the most. Because of these limitations, it became evident early on that a standard modern pilot boat design capable of a high operating speed was not an ideal solution for the waters of Glacier Bay.

“Also, unlike a pure pilot boat, this vessel needed to move additional passengers and supplies to and from ships so there was also the requirement to meet passenger vessel standards, i.e. USCG Subchapter T.”

Further, the NPS wanted a vessel that can guarantee improved operating efficiency even with the many environmental constraints in Glacier Bay. The service’s existing pilot boats were built with planing hulls, forcing their crews to operate them at or below hump speed in the park. This then led to high wake and significant fuel burn, which are issues that the NPS hoped to address through the introduction of a replacement vessel.

To come up with a suitable pilot boat for the NPS, Jutson coordinated directly with the pilots who would operate the vessel, a move that the company has claimed to be “the best part of the [design] process.” With pilot feedback and through the use of 3D modeling, custom features were made possible, such as a pilothouse designed with upper, lower, and look-up windows to provide the operator with optimal viewing in nearly every direction.

In the pilothouse, the helm station has Bentley Mariner shock-mitigating seats for two operators while a bench seat/berth combo is available for use by the captain and other crew. The main cabin has interior heating, bench seating for up to 12 pilots, a mess area that can be converted into a double berth, and a head with hot water.

“Every pilot boat offers unique challenges depending on the operation,” Jutson explained, “and so we know that we will be asked to work outside the box. Being ready to listen and engage with the pilots in unique scenarios is a primary requirement.”

This practice proved effective in the case of Serac, leading to the design being officially selected by the NPS upon the conclusion of a competitive tender process.

To power Serac, Jutson opted for two John Deere 4045FM85 M3 200hp (149kW) main engines. These drive a pair of tunnel-housed nibral propellers via ZF 85A gearboxes to give the vessel a maximum speed of 19 knots and a cruising speed of 14 knots, both of which have been deemed ideal speed settings for Glacier Bay. For more precise manoeuvring, such as in approaching ships for transfers, a bow thruster provided by Side-Power is also used.

Even with Serac‘s low draught, Jutson selected tunnel housing for the propellers as an added layer of protection in light of the vessel’s expected heavy duty operations.

“The tunnel also is designed to keep the vessel at neutral trim through the speed range so no additional trim control is required.”

For the exteriors, Jutson custom-designed a walk-through transom that leads to twin swim platforms, a large bow deck with 10 recessed cargo tie-downs, a welded aluminium tow post, and an anchor winch. Exterior lighting includes LED floodlights and courtesy lights under the gunwales. Handrails are placed all throughout and there is also a removable davit with a tackle-equipped man overboard rescue system supplied by West Marine.

Much of the boat’s electronics are included in a comprehensive package provided by Furuno. These include radar, AIS, autopilot, loudhailers, GPS, VHF radios, and multi-function displays.

Serac also comes with a heavy-duty trailer for added ease and flexibility in deploying the vessel throughout Glacier Bay. 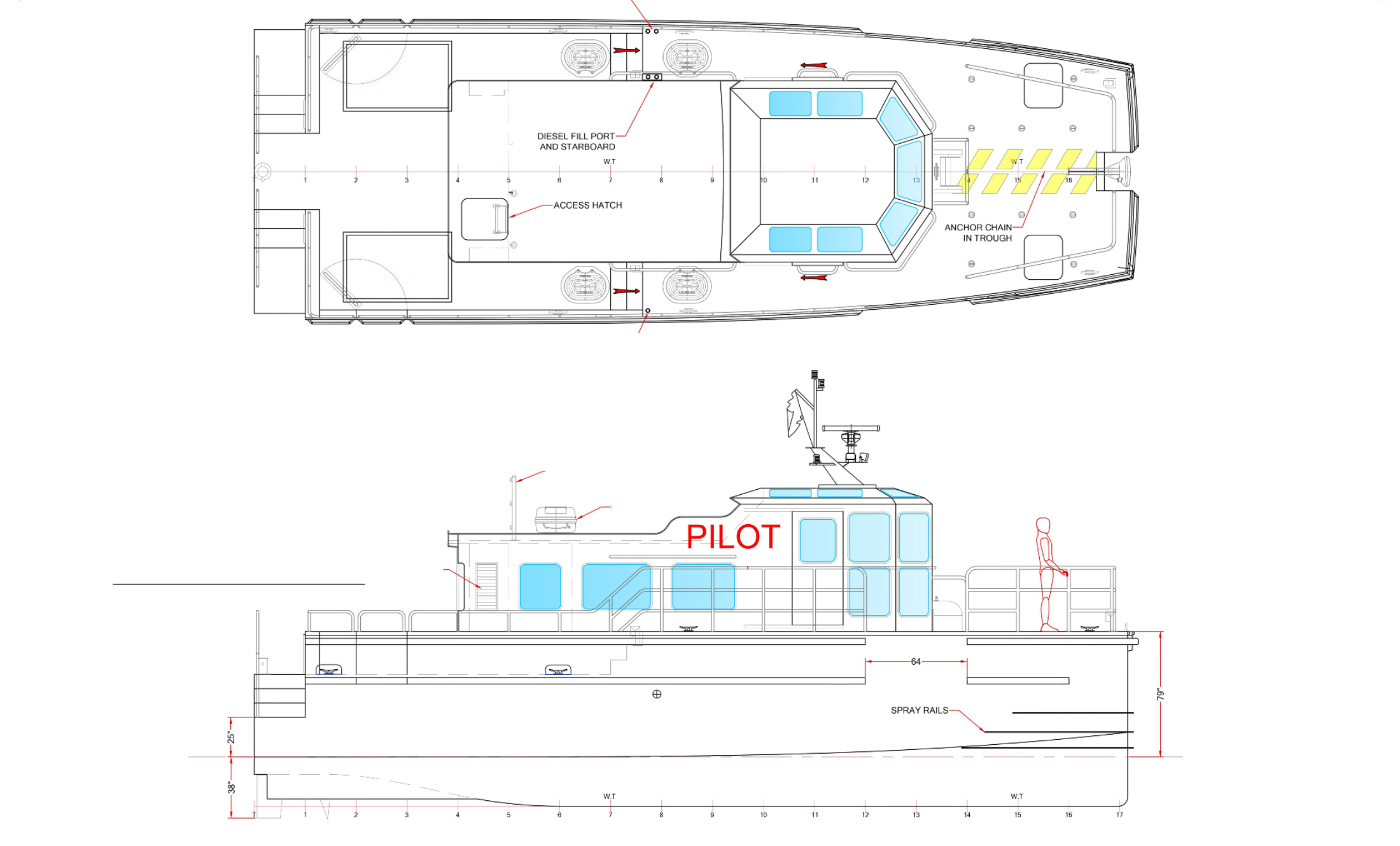 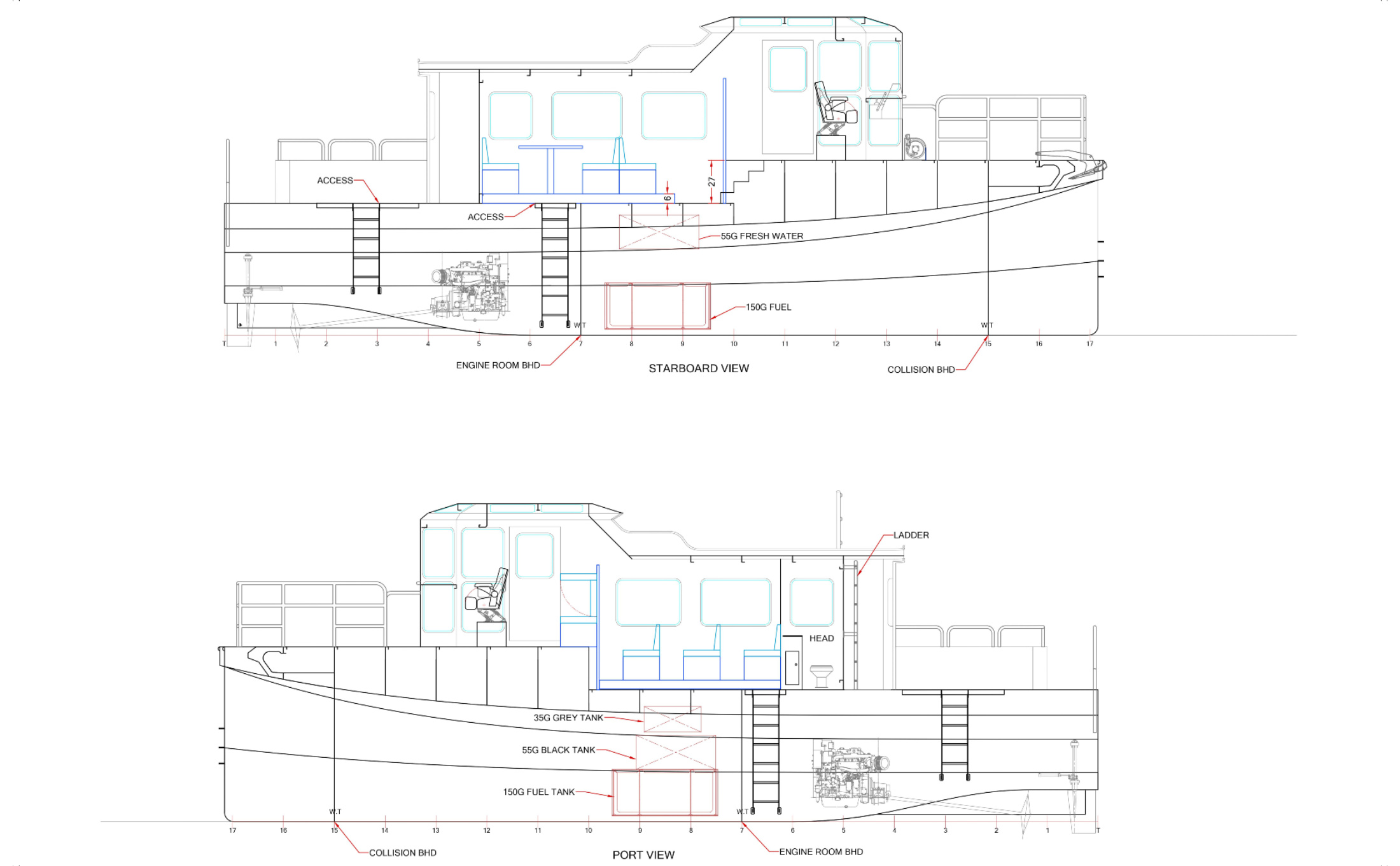 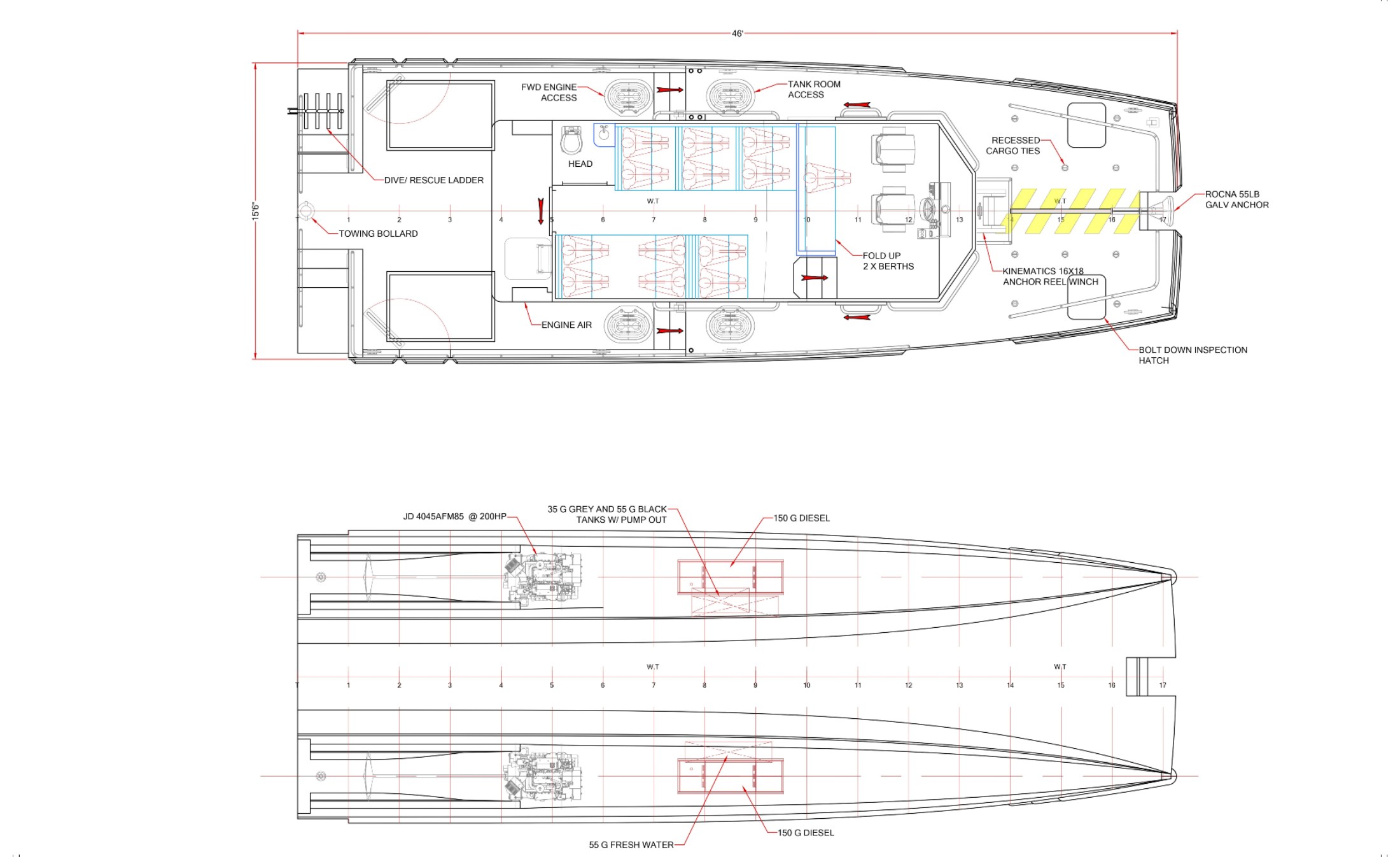 KiwiRail spends more than NZ$335,000 in enforceable undertaking after incident on ferry